A Disney World vacation ranks as the ultimate travel getaway for many families.

But the cost of a Disney World trip can be daunting, especially when you calculate park tickets, hotel, food, special activities, souvenirs and more. Whether you're ready to splurge or you're looking for a deal, here's how to see Disney on three different budgets.

I WANT TO SEE DISNEY, BUT I'M ON A STRICT BUDGET

Avoid visiting Disney during peak travel seasons. This includes Christmas time, spring break, and most of the summer, too. Instead, plan a Disney World excursion during an "off" season month – like late September, October or early November, when school is back in session. Tickets and hotels are typically cheaper in the off-season.

There are also plenty of free activities in the area. Walking Downtown Disney and the Boardwalk can take up an entire day or evening. Catching a fireworks show – year-round, at either at the Magic Kingdom Fireworks or Epcot – is another freebie sure to delight.

I'M NOT ON A STRICT BUDGET, BUT I DON'T WANT TO GO BANKRUPT

This is really about balancing where you want to spend and where you don't.

You may opt to stay on site for the convenience of complimentary ride from the airport, along with a free monorail trip to Disney's parks. But onsite hotels are typically more expensive than nice hotels that are just a few miles away.

Starting in 2018, the prepaid Disney Dining Plan includes two daily meals (breakfast, lunch or dinner), two snacks and drinks for each guest, including an alcohol beverage option for adults. However, all that may be overkill since you may not drink wine, beer or cocktails; and your family may not sit down for all those meals each day while you're on the go.

One way to shave costs is to skip that meal plan and buy your meals on an ala carte basis. Better yet: Eat before hitting the park and bring an ample supply of snacks and drinks.

MONEY IS NO OBJECT, I WANT THE FAIRYTALE

You might want to consider staying at the Four Seasons, which has "fireworks view" rooms. Or, you could even get the nine-bedroom Royal Suite on the top floor, presumably for people with the means to pay for multi-generational vacations.

Another awe-inspiring option is Disney’s Animal Kingdom Lodge. It's an African safari-inspired deluxe hotel with rooms that look out over a savannah. You and your kids can be wowed by views of the 30 animal species roaming the grounds, including giraffes, bongos, wildebeest, flamingos and more.

You could also choose Disney's Beach Club and Yacht Club – two upscale, connected resorts – which are convenient and have outstanding pool and water features.

The four-hour Ultimate Disney Classics VIP Tour, a $199 per person experience that allows you to ride 10 rides, and then meet Mickey Mouse, will save tons of time.

Whatever budget you're on, take advantage of Disney's free FastPass+ service, which lets you skip lines for up to 3 attractions, shows and character experiences per day – so long as you make online reservations in advance of your visit. 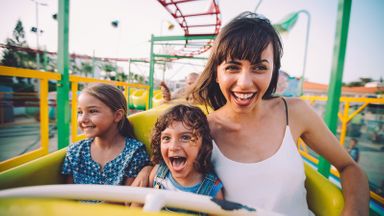 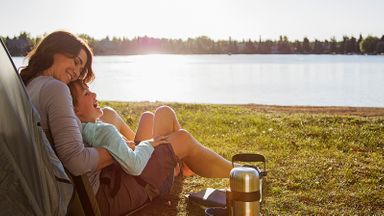 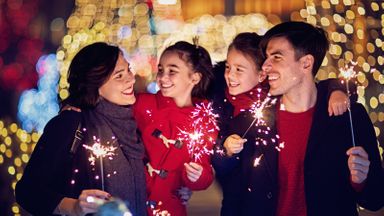 5 Steps to Reach Your Financial Goals in 2019