It was another study in contrasts for investors last week. On one hand, jobless claims rose once again, GDP notched a record decline in the second quarter, and Congress remained divided over a crucial fourth round of aid as enhanced benefits expired Friday. Sadly, coronavirus cases continue to rise as the U.S. surpassed the grim milestone of 150,000 deaths.

But, on the other hand, economic bellwethers like Apple, Alphabet and Amazon, Microsoft and Facebook (which comprise more than 20 percent of the total S&P 500 market cap) all posted better-than-expected earnings. Amazon, for its part, now employs more than 1 million people after hiring 175,000 since March. Durable goods orders rose and pending home sales also rebounded. All signs that business and consumers are willing to spend.

It’s clear there are still hurdles ahead, and the road to recovery may get bumpy from time to time. Still, we think policymakers will sort out their differences on the next aid package. The Federal Reserve will continue to backstop markets and the economy. Vaccines are progressing, treatments are improving, and other countries have shown we can flatten the curve. That’s why, despite some fog, we still have a positive outlook for the economy over the next 12 months.

Little Progress on Aid Package: Enhanced unemployment benefits expired on July 31 as Congress remained divided over the framework for a fourth round of aid for Americans. A key sticking point is how to handle the additional $600 per week in unemployment benefits. Democrats would like to keep that weekly benefit unchanged into next year, while Republicans want it cut to $200 through September, then set at 70 percent of wage replacement. Other points of division include aid for state and local governments, liability protections for businesses and additional assistance for rents, mortgages and food.

Jobless Claims Climb Again: Initial jobless claims, a closely scrutinized metric right now, rose for the second consecutive week, according to data released by the U.S. Labor Department on Thursday. While the count was in line with expectations, the past two weeks marked an upward turn in initial claims after declining for 15 straight weeks.

As we stated in prior weekly commentaries, we didn’t anticipate a smooth recovery. Rather, we expect(ed) to take two steps forward and one step back, especially in the near term. The recent spike in coronavirus cases in hotspots around the country triggered new restrictions and closings, and that’s being reflected right now in the numbers.

Still, we think financial aid from policymakers and, ultimately, a vaccine should provide enough support for markets and the economy to grow over the next 12 months.

GDP Sets a Record: U.S. data showed GDP fell by an annualized rate of 32.9 percent (or 9.5 percent from April to June) in the second quarter, a record-setting decline. While that certainly made for bold-faced headlines on Thursday, it came as no surprise. In fact, economists were expecting a steeper decline for the quarter. Unprecedented levels of stimulus helped soften the blow from the GDP dive. Markets were mixed Thursday, though jobless claims and stalled aid package talks probably had more to do with pockets of declines than backward-looking GDP data.

Powell said economic conditions have improved over the past few months, and that’s attributable to policy measures from the central bank and Capitol Hill.  Still, he said the coronavirus will continue to factor heavily in the recovery calculus. Meantime, Powell said the central bank would continue its pace of Treasury and mortgage-backed security purchases and vowed to continue acting when possible.

The ISMs: This week we’ll be awaiting both the manufacturing and non-manufacturing ISM reports for July. These reports are key gauges on economic activity in the U.S., and both have been trending in the right direction since lows in March and April. These are also closely watched reports that can set the tone for markets if they surprise or disappoint. Keep in mind, the non-manufacturing ISM carries a little more weight, given these kinds of businesses represent roughly 70 percent of the economy.

A Big Report on Friday: If weekly jobless claims have been watched closely (they will be this week, too), you can bet July’s broader unemployment report will catch a lot of attention on Friday. Economists are expecting the unemployment rate to come in at 10.5 percent in July. We’ll also get a deeper breakdown of industries that are shedding or hiring employees, wages and other insights into the labor market. Expect markets to move broadly if there are any surprises in the data. 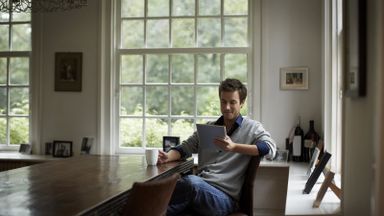 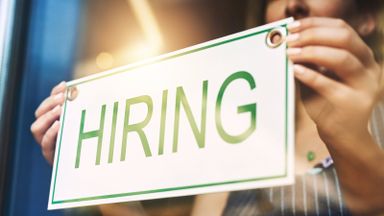 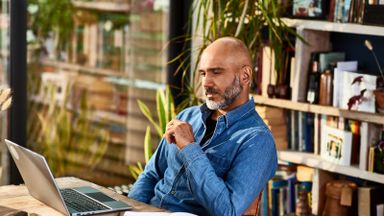