Since the rapid recovery in equities markets following a sharp, brief recession in 2020, we’ve forecast a “changing of the guard” in markets as the economy normalized and the grip of COVID-19 loosened. Therefore, last week’s trading shouldn’t come as a surprise to regular readers of our commentaries. We saw steep selloffs in high-growth, high-multiple stocks that, in many cases, thrived during the pandemic. A handful of story stock valuations are being fueled by memes and themes. But even companies with clear growth runways were dinged (falling 30 percent or more in a single session) because investors reevaluated some of the optimism that had been baked into stock prices.

The selloff was triggered by interest rate concerns, the emergence of the omicron variant, a Fed that appeared more hawkish and perhaps simply pure profit-taking or tax-loss harvesting. Regardless, we think a clear trend is emerging and will carry into 2022: Stock valuations will hinge more on real earnings and cash flows in the coming quarters rather than on future earnings. It’s an environment that could benefit out-of-favor sectors, particularly cyclical stocks, value stocks and U.S. small caps. We think markets will continue to be volatile as some of the excesses in certain sectors get ironed out, but it remains an environment that’s conducive to long-term, diversified investors.

For a deeper, asset-by-asset breakdown of our 2022 outlook, be sure to check out our forthcoming Q4 Asset Allocation Focus later this week. For now, let’s break down the week that was and get you ready for the week ahead.

U.S. ISMs Blow It Out of the Water: Institute for Supply Chain Management was the bearer of good news last week, as both its U.S. manufacturing and services indexes simply blew it out of the water. The manufacturing survey hit 61.1 in November (anything above 50 implies expanding activity in the sector). Production is up, new orders are up, and customer inventories fell. Add it all up and that’s very conducive trio of conditions for growth in the near and intermediate term.

The services ISM was even more impressive. The index reached a record 69.1 in November (versus 66.7 the month prior, which was the previous record). There wasn’t much to fault in this report, with employment posting big gains. New orders stayed at a record, while businesses were able to chew through some of their backlogs. There was a lot to like from both November reports, bolstering our view of solid economic fundamentals through 2022.

Labor Market Continues Its Comeback: The unemployment report last week sort of depended on whether you were a glass half-empty or a glass half-full kind of person. The half-empty crowd ran with the headline that only 210,000 jobs were created in November, compared to 546,000 the month prior. On first impulse, that doesn’t look good. But let’s give these folks a little to fill their cups.

Job creation figures are seasonally adjusted, meaning they are modified to remove the predictable seasonal patterns of the job market. The thing is, the past almost two years have been anything but routine and predictable, and that’s skewed these seasonally adjusted figures. If we look at the same figures for November but don’t apply a seasonal adjustment, we added 778,000 jobs. That’s a major departure from 210,000 — and worth noting.

Now, for the glass half-full crowd. The unemployment rate dipped from 4.6 to 4.2 percent. Without getting too deep into the weeds, a separate monthly job tally is used to calculate the unemployment rate. In the nearer term this and the establishment report (which showed 210,000 job gains) can diverge at times, but in the longer run they are very similar. That’s a significant drop. Roughly 1.1 million people got a job, with 600,000 coming back into the workforce from off the sidelines. That pushed the labor participation rate up to 61.8 from 61.6. This is all good news, particularly because increased hiring should boost productivity and help apply downward pressure on prices.

A Little Clarification on Powell’s Inflation Comments: You could say concerns about Federal Reserve Chairman Jerome Powell’s shifting verbiage about inflation were … overinflated. Yes, in testimony before Congress Powell said he would no longer describe inflation as “transitory.” That’s what news headlines ran with, and it appears that’s what spooked markets a bit. But Powell decided to cut the “T word” because it was too ambiguous and open to multiple interpretations — is “transitory” two months or two years?

Some may call this a pivot, but we think the Fed is barely shifting its weight here. Powell’s fundamental outlook on inflation didn’t change. In the same testimony, he said the current bout with higher prices won’t “leave a persistent long string of higher inflation” in its wake. That didn’t make for a sexy headline, however.

We agree with Powell here. Inflation has been spurred by pandemic-driven oddities in consumer spending (particularly a seismic shift toward durable goods spending) that will prove temporary. That shift choked supply chains for a bit, but we’re already seeing signs of that improving. As spending in durables normalizes and consumers move more dollars to services, some inflationary pressures should abate. Additionally, labor market participation should accelerate and boost productivity.

That said, Powell did say that economic conditions could merit an accelerated taper timeline. But all that means is a swifter return to normal economic conditions versus emergency measures. Does the economy really require $120 billion in monthly asset purchases to grow? We don’t think so. Even if the Fed decides on a rate hike or two in 2022, we think the economy can certainly handle it.

Consumer Confidence a Little Disappointing: We saved an underwhelming consumer confidence read for last. The Conference Board Consumer Confidence Index fell to a nine-month low of 109.5 in November from 110 the month prior. Inflation and the omicron variant are dealing the outlook left and right hooks, and consumers are less optimistic about spending on vehicles and other major household appliances (reflexively, prices have been rising in durable goods due to such high demand). However, the labor differential jumped to a record. In a nutshell, there are far more people saying jobs are plentiful rather than hard to get. Given these data, it’s hard to look at the labor market with anything but a glass-half-full outlook. We’re on pace to enjoy some steady job gains for months ahead.

It’ll be a solid week for data, with consumer prices once again stealing the focus, but the anticipation will have to hang until Friday. Here’s how the week pans out: 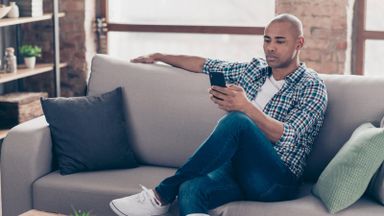