Markets have been choppy of late, as earnings updates triggered sizable moves in price among big-name companies. UPS and Google soared on earnings reports, while Meta Platforms (Facebook) and Netflix dipped sharply. This shouldn’t come as a surprise, as markets are in the process of recalibrating expectations for “long-duration” assets, such as growth stocks, as the Federal Reserve embarks on the path to policy normalization. More value is being placed on earnings and cash flows today rather than expectations of profits far into an uncertain future. In the same vein, high-growth companies foreseeing a downtick in the pace of growth are also getting dinged.

This is healthy in markets, and it’s a predictable reaction when interest rates are expected to rise — fundamentals mean more than a good narrative right now for a company. Some companies and sectors are getting squeezed as a “show-me” market grows skeptical about total addressable market and industry “disruption.” Cash is speaking much louder than negative earnings.

Despite some excesses being trimmed, there’s still relative value out there in markets that will benefit from what we believe is a structurally sound economic backdrop through the year. Now let’s dig into the week that was and the week ahead.

Growth Streak Hits 20 Months: The manufacturing sector expanded for the 20th consecutive month in January, with the ISM Manufacturing Index coming in at 57.6, down from a reading of 58.8 in December (anything above 50 indicates growth). Businesses are still contending with the same challenges we’ve described here for months (supply chain constraints, labor), but they are improving, not getting worse.

On the other side of the ledger, the ISM Services Index also grew for the 20th consecutive month, registering 59.9, down from 62.3 in December.

When you look deeper, there was incremental improvement in the subcategories tracked in both surveys. Inventory sentiment, for example, rose to 47.5 from 38.3 the month prior on the services side (and to 33 from 31.7 on the manufacturing side). That simply means businesses are feeling better about inventory levels and their ability to restock. Backlogs improved in both surveys, too, which means businesses are catching up.

ECB, Bank of England Frame Policy Amid Rising Prices: The Fed isn’t alone in taking notice of inflation: It colored policy commentary from the European Central Bank and the Bank of England last week.

The Bank of England raised its key interest rate to 0.5 percent, the second consecutive rate hike, and announced that it would also reduce its bond holdings. The BOE hasn’t raised rates in consecutive meetings since 2004. Bank of England Governor Andrew Bailey said inflation is unlikely to fall back to target unless its key rate rises.

The European Central Bank kept interest rates unchanged, but ECB President Christine Lagarde didn’t slam the door on notching rates higher in 2022. Inflation is at 5.1 percent in the eurozone (driven by higher energy costs), and Lagarde said inflation is “likely to remain elevated for longer than expected.” Still, the eurozone economy has only now reclaimed pre-COVID-19 levels, whereas the U.S. has well exceeded those levels.

While these moves may strike a “hawkish” tone for some, keep in mind monetary policy here and abroad remains very accommodative by historical comparison.

Labor Market Shows Strength: Adjustments for seasonal variations have accounted for a lot of noise in the way we measure unemployment in the U.S., but overall the data show a labor market that is strong. The addition of 467,000 jobs in January was higher than expected. The prior two months were also revised upward by a whopping 709,000 jobs — quite a feat considering omicron crosscurrents.

However, the biggest news from last week’s report is that people are returning to the labor force. Roughly 1.4 million Americans rejoined the workforce, pushing the labor participation rate up to 62.2 from 61.9 — a sizable increase for this data point. It’s great to see labor participation improving because a shortage of labor was a primary contributor to higher inflation over the past several months.

Earnings Wrap-up: After 2021, when we saw a record high percentage of companies beating earnings expectations and upward revisions, we are now seeing far less of both. Most companies in the Industrial sector are reporting margin pressures in the first half of the year with expectations they’ll improve in the second half of 2022.

Honeywell CEO Darius Adamczyk summed up what many companies are coping with: “The first half will be slow, which means we’ve got to have substantial acceleration in the second half, and although we’re bullish on improved supply chain flow, it is a bit of an unknown.”

Meanwhile, Facebook fell more than 25 percent, while Amazon rose sharply after earnings news. Companies of all stripes have been seeing outsized moves to the upside and downside following earnings reports, particularly if guidance is adjusted. Because there’s a lot of focus on interest rates and markets are a bit uncertain, it’s not too surprising to see big swings and volatility as expectations are reoriented.

Earnings reports continue to roll out this week, and there are a few data releases we’ll be keeping an eye on.

Our advisors can help you learn more about the different types of annuities and which one might be right for your retirement goals. 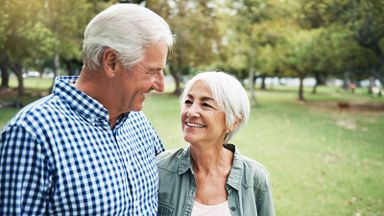