On one hand, the economy is reopening, and the wheels of commerce are shifting into gear. On the other, the coronavirus remains a formidable global health challenge. While cases and hospitalizations hit a low in the previous epicenter of New York City, they are spiking in Florida, Texas, Oklahoma, California and several other states. According to data from Bloomberg News and Johns Hopkins University, the seven-day average of new cases in the U.S. has risen from 20,638 on May 28(the low) to about 24,568 as of June 19. Testing has certainly increased, but the 7-day rate of positive cases (positive cases/total tests) has also risen from 4.5 percent to 4.95 percent.

Apart from the numbers, we’ll keep commentary about the virus itself brief, as it has become a charged topic. However, from a strictly economic view, we don’t think the U.S. will go back to one-size-fits-all, widespread closures. For example, markets wavered slightly when Apple announced it would close 11 stores where cases spiked, but the company operates more than 270 in the U.S. This targeted approach will likely be the strategy moving forward, which leads us to believe the virus has already exerted its maximum negative impact on the economy and the markets.

That doesn’t mean markets won’t rise and fall in the months ahead, but we don’t think a plunge like we saw in March is in the cards. Economic conditions have fared better than expected: The Citigroup Economic Surprise Index hit a record high last week, which means the data is beating tempered expectations by the largest amount since 2003.

With that in mind, let’s look at what was another week of improving economic data, and prep you for the week ahead.

Retail Sales Smash Expectations: Advance monthly retail sales for May surpassed expectations and rose 17.7 percent from April (analysts expected sales to rise 8.4 percent), crushing the previous month-to-month sales leap record of 6.7 percent set back in October 2001. While the headline figure is an eye-opener, recall we’re vaulting out of a historically deep trough dug in March and April. Compared to May 2019, retail sales are still down roughly 6.1 percent.

Still, economic data is moving in a positive direction and that’s been enough to fuel optimism on Wall Street. Again, we don’t think the market is too concerned about 2019 comparisons; rather, it’s all about seeing steady progress each month as the economy awakens.

Digging a little deeper, there were a few standouts. Non-store sales (online sales) were up 30.8 percent year over year, a secular growth trend that’s only accelerated amid COVID-19. Meanwhile sales at bars and restaurants rose 29 percent from April to May.

Leading Indicators Rise in May: The economic index that tracks U.S. business cycles rose slightly in May as lockdowns eased across the country, according to data from The Conference Board.

The Leading Economic Index was 99.8 in May, a 2.8 percent increase from April. The improvement was enough to break three consecutive months of declines during the depths of social-distancing shutdowns. Still, the index, based on 10 subcomponents, remains below January's pre-pandemic high of 112.

The Fed Isn’t Moving from the Easy Chair: In new comments last week, Federal Reserve Chairman Jerome Powell reiterated the central bank’s pledge to maintaining an easy-money policy. Importantly, the Fed also announced it would shift away from ETFs and move to direct purchases of individual corporate bonds. Some lawmakers have pointed to broadly improving data as evidence to pause additional aid, but Powell said the economy is in a “critical phase” and further support could prove timely. He urged leaders look beyond headline economic data, which can obscure underlying disparities in economic hardship experienced in America.

Home Construction Climbing the Valley: The winds have also shifted in favor of homebuilders as the economy pulls up the anchor. According to data from the U.S. Census Bureau, housing starts rose 4.3 percent in May, while building permits rose 14.4 percent over April. Along with reopenings, high demand from homebuyers and low inventories of existing homes for sale is supporting new construction, particularly in single-family homes (it will take several months for those permits to result in new supply).

The composite homebuilder sentiment score jumped 21 points in June to 58 (a read above 50 is indicative of a positive market), the largest monthly increase ever recorded by the National Association of Home Builders/Wells Fargo Housing Market Index. “Builders report increasing demand for families seeking single-family homes in inner and outer suburbs that feature lower-density neighborhoods,” NAHB Chief Economist Robert Dietz said in a statement.

Around the World in PMIs: Next week will be a big one for Markit Purchasing Managers’ Index data (PMIs), that track manufacturing and services activity in economies around the world. And there are big hitters on tap this week: U.S., Eurozone and Japan.

These reports will be important for markets to study to see how activity is rebounding around the world, particularly because the coronavirus is impacting each part of the world differently. Therefore, the data could fuel volatility this week if they surprise to the upside or downside.

Clues from Existing Home Sales: We’ve seen strength in homebuilder optimism, in part due to low levels of inventory of homes for sale. This week, it will be worth digging into existing home sales to get a read on how robust demand is and whether more homes are coming onto the market as the economy also reopens.

Keeping an Eye on Jobless Claims: In 2019, markets weren’t too focused on initial and continuing jobless claims, but they’ve become a weekly barometer for the pace of the economic recovery. With Powell saying the economy is in a “critical phase”, markets will want to see the downward trend in jobless claims continue in line with expectations. A setback on this front will likely send ripples through markets. 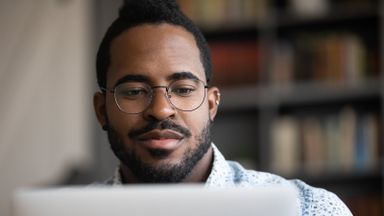