When major stock-market indexes hit a rough patch in early February — shedding almost 10 percent in a few short weeks and falling into correction territory — it was natural to fear that a financial meltdown was on the way. After all, this followed a year of double-digit returns with minimal resistance. Many investors became nervous and frustrated, failing to realize that regular corrections are normal — and even beneficial — at certain stages of the market.

Political developments, economic data and other events that fill the headlines can cause peaks and troughs in the market. For instance, when the economy reports a better-than-expected quarter, that info may lift stock prices as investors try to buy their way back in. Meanwhile, tough talk on trade or other signs of volatility around the world could trigger a sell-off. In other words, that endless stream of news that floods your social feed could be what’s driving prices up or down. That’s why the market typically moves up or down by 1 percent or more about 60 times a year, equal to almost one in every five days since 1950.

But in 2017, there were only nine days when the S&P 500 moved that much. Even some unusual policy changes, hints of war and general geopolitical unrest couldn’t stop the upswing. Compare that to this year, where markets have logged wild moves in both directions more than 35 times. Many of these run-of-the-mill fluctuations have rarely lasted more than a week, but when the losses deepen into correction territory (defined as a 10 percent or more decline) it takes months to recover.

The market typically moves up or down by 1 percent or more about 60 times a year, equal to almost 1 in every 5 days since 1950.

But consider this: History shows the S&P 500 will fall by 13.7 percent about once per year dating back to 1993. That can come over the course of a few days, or dispersed over time. After the dip, though, the market historically regains value — eventually moving higher than from where the dip started.

WHEN A CORRECTION CAN ACTUALLY BE A GOOD THING

Despite the run-up last year, most experts agree that volatility is here to stay. And sometimes it’s even healthy. A  sell-off can help a bull market on its last legs stave off risky market conditions, such as when stock prices get unjustifiably high or when there’s the threat of a bubble. That’s actually good news if you have cash parked on the sidelines because a drop in the market may offer an opportunity to invest additional money for the long term — think of it as buying stocks when they’re at a discount.

Of course, buying into every dip is not a surefire strategy — nobody can predict how the markets will go. Building a reliable portfolio means considering timeless investing principles like diversification, patience and goal setting, rather than the performance of the next hot stock. When you invest strategically and for the long-term, you'll be more likely to enjoy the growth the market can provide over time without worrying about short term ups and downs. 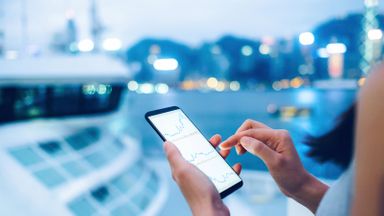 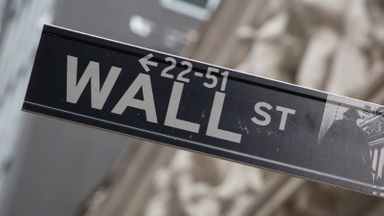