The latest Consumer Price Index (CPI) reading released last week by the Bureau of Labor Statistics reignited the narrative that inflation remains sticky and that the Federal Reserve will need to maintain its aggressive stance on rates if it hopes to break the cycle of rising prices. Headline CPI for August came in at 8.3 percent year-over-year — up 0.1 percent on a month-over-month basis. Core CPI was up 0.6 percent from July’s reading. The one-month changes for both headline and core were more than expected and caught investors off guard, particularly considering virtually all the forward-looking data released in the past several weeks indicate inflation is easing. The one sticking point remains a tight labor market, however it is important to remember that labor is a lagging economic indicator and as demand continues to slow, the employment picture is likely to soften. As if to punctuate the slowing demand narrative, FedEx released earnings on Friday that came in below expectations as management cited a slowdown in demand for shipping products.

As we’ve noted in the past, the Fed is focused on two goals: 1) slowing consumer demand to allow supply levels to rebuild and 2) ensuring that inflation expectations remain anchored. As we’ve detailed in previous commentaries, and continued to see in data last week, demand is slowing, inventories are rising and companies have become less inclined to raise prices. All this while inflation expectations remain anchored. Put simply, the Fed’s rate hikes are working. We point this out to emphasize the importance of real-time and forward-looking measures in providing context for backward-looking data in reports such as CPI.

The “most-of-the-inflation-is-here-to-stay” crowd focuses on the actual number and comments that it is “broad and sticky.” While that is true, we believe it paints an inadequate picture. Indeed, a closer look at the latest CPI report also provides some insight into what is behind the “sticky” uptick in core inflation and why the numbers may be painting a distorted picture. One of the primary drivers of the higher core reading was shelter, a category which is sticky and accounted for a full 40 percent of the month-over-month increase. According to the latest survey the category, which includes rent and the so-called owners’ rent equivalent (a measure of how much in rent homeowners believe they would receive for renting out their homes) was up .7 percent month-over month and 6.2 percent above the August 2021 reading. However, housing is a lagging indicator and plateauing or falling home prices can take as long as 12 to 18 months to show up in CPI surveys. As we’ve noted in recent weeks, data has shown a dramatic cool-off in the real estate market with demand plummeting and some recent surveys pointing to a drop in home prices. As such, we believe the core number is artificially inflated and the stickiness is a function of how we measure CPI. However, future readings will likely move lower as slowing home prices begin to filter into the data.

As we’ve noted in the past, the Federal Reserve views the Personal Consumption Expenditures (PCE) Index as its preferred measure of inflation; however, the CPI is still a factor in the Fed’s decision-making process. When reviewing CPI data, the Fed wants to measure how broad it is and focuses on trimmed mean CPI and median CPI. Here too, the data is messy. Essentially, these two calculations attempt to reduce distortions in the overall data by excluding outliers so that a one-off reading for an input that is unusually high or low doesn’t have an outsized impact on the weighted average for all categories. While these approaches are generally effective in preventing distortions, they do have limitations. For example, August’s trimmed mean reading came in at 7.2 percent year-over-year while the median was up 6.7 percent from the same time a year ago. Although both numbers are high and therefore inflation appears widespread, they provide a single snapshot of a rapidly changing scene. Usually, these measures capture price pressures that are moving in the same direction across both the services and goods sectors. In the most recent data, goods inflation was measured at 7.1 percent, while services inflation was a strong 6.2 percent. However, the latest goods reading is well off its recent peak of more than 12 percent, while the level for services is edging higher as consumers rotate away from buying products and instead spend on experiences. It’s also important to note that the services reading includes housing, which as we’ve detailed, has a lagging impact on CPI. Put another way, price pressures for goods and services are like two ships passing in the night in different directions. This will alleviate the “broadness” in the numbers in the coming months.

Whether the Fed heeds the improving direction of inflation and acknowledge the anomalies in some of the lagging indicators like CPI, is yet to be determined. We believe the board of governors needs to recognize the impact recent rate hikes are already having and will continue to exert on the economy and inflation in the coming months. Demand has stalled, supply and inventories have grown, and inflation expectations are anchored. We have had back-to-back negative Gross Domestic Product readings on the back of slow consumer spending and recent estimates from the Federal Reserve Bank of Atlanta pegs third-quarter GDP growth at just .5 percent; the economy is either in a recession or at the very least on the cusp of one. An objective analysis by the Fed would indicate a ratcheting down of rate hikes would be in order following this week’s widely expected .75 percent increase. However, we fear that echoes of stubborn inflation from the 1970s may be too much for the Board to block out and given their heightened concerns they may feel compelled to stick with their hawkish approach until even the lagging indicators show that price pressures have subsided.

We view the latest inflation data as a pothole in what we long believed would be a bumpy road toward easing inflation and a slowing economy. Data released last week reaffirmed that growth continues to slow, inventories are being rebuilt and inflation is in the process of ebbing.

Sluggish retail sales: Retail sales were up .3 percent in August according to the latest report from the U.S. Census Bureau. However, the uptick came on the heels of a .4 percent downward revision to July’s count, further underscoring slowing demand. Year-over-year retail sales were up 9.1 percent; although, it is important to remember that these readings are not adjusted for inflation. When inflation is accounted for, we expect retail sales will be flat for the 12-month period. With retail sales hitting a plateau against rebuilt and elevated inventories, we expect retailers will face eroding pricing power going forward and may have to resort to discounting should demand slow further.

Easing prices from independent businesses: The latest survey from the National Federation of Independent Business showed 53 percent of those surveyed raised prices in August, down 3 percentage points from July and well below the 66 percent reading in March. Perhaps more telling for the outlook of inflation going forward, just 32 percent of respondents expect to raise prices in the coming three months — down from July’s reading of 37 percent. By comparison, as recently as May, 51 percent expected to charge more for goods.

Also of note in the survey was the net employment reading (businesses hiring versus those cutting positions) was -8 percent. While some of the differences may be due to challenges in finding suitable employees, hiring plans have eased with 21 percent of businesses reporting plans to add workers, down from a recent high of 32 percent.

Slowing demand and costs in manufacturing: Both the Empire State Manufacturing Survey and the Manufacturing Business Outlook Survey from Federal Reserve Bank of Philadelphia paint a picture of a weakening economy brought on by slowing demand. First up is the Empire State report for the influential New York region which showed views of general business conditions at a paltry reading of net  -1.5.  Worse yet was the reading in the Philadelphia survey which pegged the diffusion index business conditions (positive versus negative) at -9.9 for September. While the surveys pointed to weakening demand for manufacturers, they also highlighted a dramatic reduction in cost pressures for manufacturers. Readings for prices paid in the Empire survey fell 16 points since August, down to 39.6. That level is also 46 points lower than readings registered in April 2022. Similarly, the prices received in the most recent New York survey dropped nine points to 23.6 — the lowest level since early 2021. Prices paid in the Philadelphia survey also showed improvements coming in at a reading of 29.8, down 14 points from August and at the lowest level since December 2020.

Anchored expectations: Inflation expectations continue to ratchet down according to the latest from the University of Michigan Sentiment survey. Expectations for inflation in the coming year came in at 4.6 percent, down .2 percent from the prior month’s reading and well off the 5.4 percent registered in March and April of this year. Likewise, consumers now expect inflation five to 10 years in the future to be just 2.8 percent. Compare today’s long-term expectations to the early 1980s when consumers expected price increases to run at 9.7 percent over the next five to 10 years. Put simply, the heavy lifting the Fed did under Paul Volker’s watch to break the back of excessive inflation is still paying dividends today with consumers still expecting price pressures to remain anchored in the years ahead.

Long-term inflation expectations are important and a measure the Fed watches because they influence buyer behavior. If consumers believe inflation will continue to be elevated, they are more likely to buy early in hopes of beating the next price hike. This type of behavior can put additional strain on supply chains and create upward spiraling price pressures. To date, we are not seeing these concerns play out in demand. Instead, data on everything from retail sales to housing to consumer’s views of current buying conditions suggest that buyers are delaying purchases as they wait out current rising prices.

Finally, wage expectations in the survey further underscore how the backdrop we are seeing now is far different than that of the late 1970s and early 1980s. Despite the discussion of a tight labor market and current high wages, consumers expect a paltry increase in their household income of just 1.7 percent in the coming year. By comparison, during the stagflation years, respondents expected wage increases of between 5 and 6.5 percent annually. The current muted expectations are likely to translate to a more conservative consumer and further softening of demand. 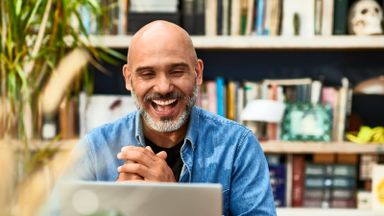