For Dan Lagerborg, any money wisdom he’s picked up in life has been a result of on-the-job training, so to speak.

The Denver-based Northwestern Mutual wealth management advisor admits to being terrible with money in his younger years. “Most of the financial advice I live by, I learned myself through this career. Before that, I made a really big salary out of college and blew it all, and had credit card debt,” says Lagerborg, who had been a business consultant until the tech bubble burst. “Since then, I've learned a lot of amazing financial habits working as an advisor. And I’ve learned from my clients, as well.”

Now 17 years in the business, Lagerborg views money in a much different way — as a means of providing for the things that are most important to you. Here's how he lives by that mantra, and how he’s teaching that lesson to his young kids.

What's the best piece of financial advice you’ve ever received?

It sounds so cliché, but just to live within your means. And your means are defined by your goals and what’s important to you — it’s not a percentage of what you make. I also like the saying “well done is better than well said.” That’s more so general life advice.

Consuming it in their mind before they’ve even obtained it. That could mean accruing credit card debt, or even just taking pictures of fancy cars on the side of the road that they want. Too many people are consumed with spending money before they’ve earned it.

What’s the money lesson you want to pass on to your daughters?

You can get anything you want if you’re willing to be patient and save. When my oldest daughter, Adeline, turned 5, she declared her unbridled passion for horses. So I challenged her to save up to buy a horse.

My wife, Stephanie, and I opened up a pretend bank account where she “earns” 10 percent interest. I wanted her to understand that if you save and invest, you can get a return. She gets $2 a week when she does her chores. She’s also done a series of lemonade stands and things like that to save more. She’s 9 now and saved up $1,740 to buy a horse. In a shockingly mature turn of events, which I do link to the fact that it’s her money, she decided to lease a horse instead to ensure she wants to buy it. She purchased all her tack with the funds she saved and is currently leasing Eddie the Horse. I think a horse purchase is in her future. This was such a cool learning moment because all this happened because of what she did, not what I gave her.

Our 6-year-old, Eleanor, has taken after her sister and has saved up $400  — from just $2 a week doing chores — though she doesn't know what she wants to use the money for yet.

What kind of things do you think are worth spending your money on?

My family loves gardening and farming. We took a month off one summer to live in rural North Devon, England, on a 186-acre sheep farm. I found the vacation property listing online and emailed the owner, “Hey, I want to rent out your place for a month, and we want to work the farm. Will you give me a deal?” Normally, it would have been $500 a night for a place like that. He wrote back and send he’d rent it to us for a thousand bucks! So we went and helped him out. We worked with the sheep and rode horses and did falconry during the day, then we’d hit the pool in the afternoon. There was no cellular service, no TV, no radio, no WiFi. It was a great experience with the family.

Do you have a guilty splurge?

Wine. I am actually a sommelier — passed the test and everything.

Our business runs through a British Airways miles card. One day, I got an email from them inviting us to fly anywhere we wanted. Stephanie and I chose to fly round-trip to Paris, business class, for our anniversary. We stayed in Burgundy, France, for two weeks and paid just $16 in tax on the flights.

The vision of our practice is to create a safe and sophisticated place in which people can provide for that which is most important to them. In 2015, our team went through an exercise to find a community we could help. We adopted a community in rural Guatemala where three out of 25 children either die or go blind by age 5 due to malnourishment. We support a school down there, write the children every week and visit once a year. As far as we can tell, we are feeding a couple hundred people right now. It’s so cool when our team and our families go down there for a visit.

What would you say to someone who’s on the fence about working with a financial advisor?

Often, just the exercise of explaining what you are doing to manage your finances to somebody, financial advisor or not, is very enlightening. Taking the time to think about it and talk about it with an advisor or anybody else often yields great returns. But I am biased — I think it’s even better to have that conversation with somebody who has experience. 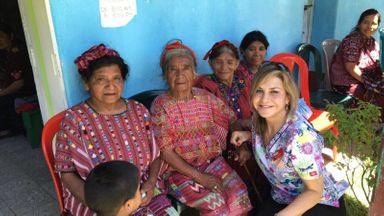 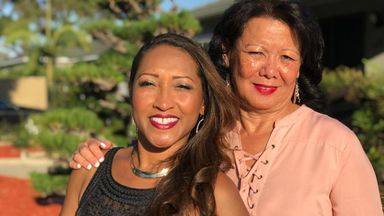