Lisa Price launched Carol’s Daughter, her own line of natural hair care products, in 1993, as a labor of love. Even the name she chose paid homage to her mother, Carol, who had encouraged her start a business. After several major milestones — including being featured on “The Oprah Winfrey Show,” launching on HSN, and writing a book about her success — Price sold Carol’s Daughter to L’Oréal in 2014. Here, she discusses another milestone: the birth of her son, and why it didn’t put a pause on her entrepreneurial dreams.

STARTING IN THE KITCHEN

Carol’s Daughter started in a very small and organic way. It had been a hobby of mine. I started out making fragrances, and then I decided that in order for me to really experience the fragrances, I needed to have body care products that were scented with them. I started trying to make lotions and creams on my kitchen stove. I had very dry skin, and I knew about ingredients such as shea butter and jojoba oil, but this was the early 90s. All we had was baby lotion, Lubriderm and Vaseline.

I started to make things for myself and for my friends and family. People would come to my house, and when they’d use my bathroom, they’d come out wanting to buy something they’d found in there that I’d made for myself. One summer, I sold my butters at a local church flea market, and to my surprise, I sold out. That led to selling at craft fairs and other places around my home in Brooklyn, New York. I didn’t start by sitting down and writing a business plan — it just grew from my hobby, in a very small way. And it continued to grow through word of mouth.

When you start a business with a $100 investment, you go through a lot of levels of, “Oh, I guess this could be a real thing!” For me, that first level was in 1996, when I was pregnant with my first child.

Women are natural multitaskers. We’ve always had to be. But I needed to decide: How much could I do at once? I worked relatively normal hours for a TV production job. But during my pregnancy, I was so tired at the end of the day. I started to see the reality of it — there was going to be another person to take care of, to feed and play with. How much time would I have for my business when I came home in the evenings from work?

Plus, I did the math, and it just didn’t add up to me that I could be a new mom, work my regular job as a television producer, and then come home in the evenings and on the weekends and work on my business. I would have just been giving my producer paycheck to the babysitter. That was the point when I realized, Carol’s Daughter is actually going to support itself, and I think it can. So I gave up the TV job, and started working full-time on my business.

GETTING THAT BIG BREAK

Being able to do “The Oprah Winfrey Show” in 2002 was definitely a big turning point. It changed the trajectory of the business and exposed us to a lot more people. We had alerted the company that hosts our website that we would be on the show and that they needed to prepare for the traffic. They said, “Oh, you should be fine.” When the show aired, we went from having 17 people visiting our site to 18,000 within a few minutes, and the site crashed. Thankfully, I had an IT consultant monitoring the situation, and he was able to put up a page that explained the traffic volume and asked visitors to leave their emails, and we were able to communicate with them after our appearance on the show.

“Women are natural multitaskers. We’ve always had to be. But I needed to decide: How much could I do at once?”

Although I sold Carol’s Daughter to L’Oréal in 2014, I’m still here, still the voice of the brand. I am in charge of product development, and I oversee packaging and social media campaigns. I come to work every day.

Not long ago, I was scrolling through Instagram and noticed that a former employee had posted a photo of Healthy Hair Butter, which was my product, featured in an exhibit at the Smithsonian National Museum of African American History. I started ugly crying. The sign described me as the “founder of the natural hair movement.” Even though that’s not something I would take credit for on my own, there’s something about it that just fills me with so much pride. Even when I’m old and senile, I won’t forget that I’m in that museum. People might not believe me at that point, because I’ll be old and senile, but I’ll know it’s there. 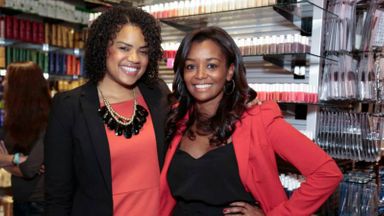 Jihan Thompson Turned Her Side Hustle Into a Successful Business 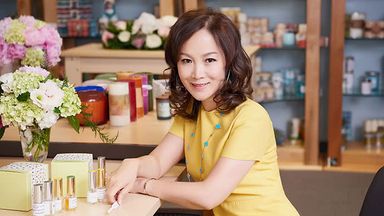 I Quit My Job Without a Backup Plan, and It Was the Best Decision I Ever Made 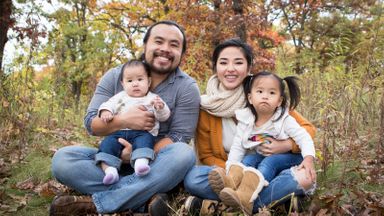 We Turned a Side Gig Into a Full-Time Family Business