Going through a divorce is challenging enough — but the new tax laws that went into effect this year could make things even messier for couples looking to split.

Among several changes within the Tax Cuts and Jobs Act affecting the dollars and cents of divorce, rules around alimony are causing the biggest stir. For divorce agreements signed after December 31, 2018, alimony will no longer be tax deductible for the payer. It also won’t be considered taxable income for the receiver.

According to IRS data, in 2015 nearly 600,000 taxpayers filed for alimony-payment deductions worth more than $12 billion. Critics believe losing the deduction will make divorce negotiations that much harder. “The change in tax treatment that gives one party tax-free income creates a perverse disincentive to settle divorce cases because the potential alimony recipient is incentivized to hold out for the highest possible alimony award to maximize tax-free income,” wrote Tom Leustek, founder of New Jersey Alimony Reform, in a whitepaper sent to the office of New Jersey Governor Phil Murphy.

On the other hand, spouses paying alimony may argue that they can’t afford as big of a payment because a large chunk of that money will go to Uncle Sam. That, in turn, may ultimately reduce what a person receives in alimony payments. Ken Neumann, director of the Center for Mediation and Training in New York City, told CNBC that he believes some couples may even decide to remain unhappily married simply because the loss of the tax benefits makes it financially difficult to proceed with a divorce.

While the tax-law change is certainly an important one to be aware of, it shouldn’t be what drives when you actually file for divorce. “By allowing taxes to dictate your divorce timeline, you’re sort of letting the tax tail wag the dog,” says Jessica Lubar, a director of advanced planning at Northwestern Mutual. “The tax changes will certainly alter the economic picture, but it doesn’t change whether you should get divorced or whether you can afford it.”

In other words, don’t let Uncle Sam drive what’s ultimately a personal decision. Plus, alimony is just one factor negotiated during the divorce process, along with property, businesses, retirement accounts, custody, healthcare and more.

Lubar says that it’s possible to create a sound financial plan for post-divorce life, regardless of tax-law changes now or in the future; it’s simply a matter of accounting for these changes and anticipating their impact on negotiations. An attorney and financial pro can help you put all these pieces together into a plan that works for you, no matter the tax environment.

“Sit down with your attorney to talk about finances, assets and what you can and can’t do, and what your spouse is or isn’t entitled to,” says Lubar. “Your focus is ensuring you’ll be able to support yourself and that you’ll be financially sound when the divorce is finalized. You don’t want tax stuff to hold things up.” 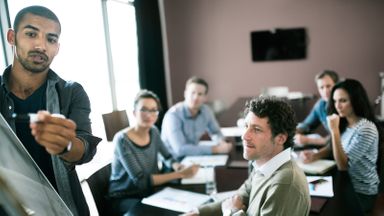 Should I Turn My Business Into a C Corporation Under the New Tax Law? 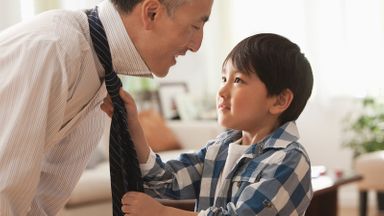 Why You Should Check Your Tax Withholdings for 2018