I grew up in a chronically disorganized house, so as an adult, I became compulsive about tidying up: Hanging clean clothing immediately after washing it, vacuuming twice a week and scrubbing dirty dishes worked wonders to relieve my anxieties.

But after getting married and having two kids, everything shifted. Over the last five-and-a-half years, I’ve accumulated so many toys that I can’t enter a room in my suburban Connecticut house that doesn’t have a bouncy ball or tiny truck in it. And because I spend so much time putting away toys, it’s hard to keep up with the rest of my house.

So when I got a copy of “The Life-Changing Magic of Tidying Up” by Japanese organizing superstar Marie Kondo last Christmas, it inspired me to take a drastic approach to decluttering — including shelling out for a KonMari consultant.

WHY I CHOSE TO HIRE A PRO

Hiring a professional organizer wasn’t a new thing for me. I’d worked with one about four years ago, who did help me get rid of some stuff. But I still felt so regularly mired in toy trucks, piles of paper and random knick-knacks that I felt I needed to kick it up a notch. And after reading Kondo’s book, I had already gotten rid of a third of the clothes in my closet.

The KonMari method revolves around a guiding principle: If something doesn’t “spark joy,” it’s taking up too much of your mental energy and doesn’t belong in your living space. Her method is so popular that there are now more than 100 certified KonMari consultants all around the world. I chose Karin Socci of The Serene Home because of her “platinum” status, which means she has led at least 30 clients through 300 tidying sessions. A consultant with her level of experience isn’t cheap — $100 an hour for a minimum of five hours, plus $50 in travel costs for anyone outside of the New York City area — but I wanted the best of the best.

Still, as I plopped down my credit card, I felt nervous: Would splurging on a top professional really make a dramatic difference in my life? I was about to find out.

KonMari consultants take a different approach than traditional organizers, who typically get rid of things on a room-by-room basis. In the Kondo method, you focus on categories first, in this order: clothing, books, papers, komono (miscellaneous household items) and sentimental items. You start with clothing because it’s the closest to your skin and you make decisions about what to wear every day.

I knew this part would be easiest for me, because over the past few years I’ve pared down my wardrobe to the point where 90 percent of the things in my closet spark joy. Socci was impressed (go me!), but I was still holding onto some pieces that I simply didn’t have the heart to put in the giveaway pile, like the flamboyant ruffled dress I wore to my engagement party, the pajamas I wore the night before my wedding, a red floral sundress from college, and a skirt that conjured memories of people and places that I miss.

Socci helped me say “thank you” to these items for serving me well. “Everything has a purpose, and if you have something you are not using in its intended purpose, maybe the right thing to do is let it go to someone who would be able to use it,” she told me. So I said goodbye to those pieces — except the red sundress, which still sparked joy because it had been with me through my happiest college memories. Socci also taught me how to fold my clothes so they can be stacked neatly against one another. After an hour of folding, my drawers were only half full. I could actually see all of my tank tops, T-shirts and undergarments when I opened them — no more digging through stuff to find what I needed! 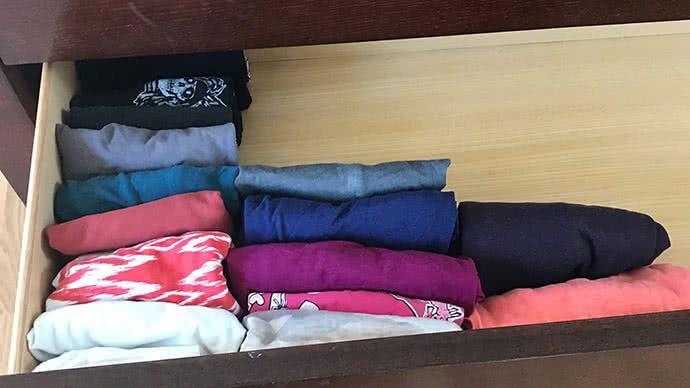 Because my husband and I were already good at giving away our books, we focused on my kids’ books and toys next. I was less confident about how I’d do in this category. I was attached to the sentimental value of my kids’ old crayon scribblings and onesies. Giving away their first toys and old clothes meant saying goodbye to a part of life that had brought me so much joy.

But having Socci there kept me motivated to focus on the task at hand and stop feeling guilty. Over the next few hours, we went through my kids’ bookshelves and the toys in our office/playroom. She was a sounding board for me as I worked through why most of the broken crayons, glittery pipe cleaners and school drawings that took up five plastic bins did not spark joy. By the end, I was throwing things into a garbage bag indiscriminately. Luckily, my kids weren’t home throughout this process — otherwise they would have whined so badly that it probably would have stopped me from putting anything in the giveaway pile.

BUT WAS IT WORTH IT?

Four hours into Kondo-ing my home, I found myself enjoying my conversations with Socci so much that I didn’t want her to leave. If I could have taken more time off work, I would have had her stay three or four more hours so I could go through every miscellaneous piece of paper on my desk.

But turns out, I ended up doing pretty well on my own. After Socci left and I put the kids to bed, I continued riding my decluttering high. In the morning, I had six boxes of toys, books and clothes, ready to be dropped off at my local Goodwill.

The $550 I spent on Socci was worth the sense of relief I got from getting rid of all that junk that was taking up both my space and time. Hiring Socci or another KonMari consultant again isn’t out of the question, but now that I’ve learned the ropes — and am on a pretty tight budget for my family of four — I’m more likely to go with someone at a lower rate, perhaps more in the $50-an-hour range.

Of course, there are other types of professional organizers you can hire, and anyone who is certified with the National Association of Productivity and Organizing Professionals can probably help you streamline your personal space at a range of price points. But if you’re someone who hoards clothing or other items to the point where it impacts your productivity and quality of life, I would 100 percent recommend using a KonMari consultant. The only way to break chronic clutter is to take a drastic approach — and the KonMari method is one of the most drastic you can take. 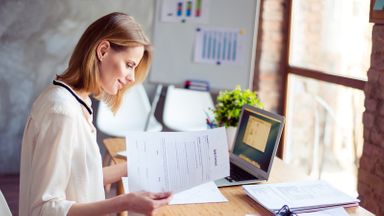 How to ‘Marie Kondo’ Your Financial Life 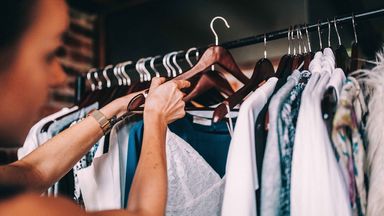 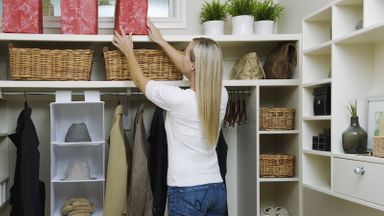 Here’s When it Makes Sense to Hire a Professional Organizer