My frugal-to-the-extreme ways started in my 20s, when, like most people starting out in life, money was tight and it was all I could do to squirrel a few pennies away. I was working low-paying contract jobs doing fundraising and program coordinating for nonprofits, and didn’t have the income for even the smallest of life’s luxuries. (I’d often cast longing glances at my favorite expensive brand of Greek yogurt while in the supermarket.) If I made purchases, it was only after I’d comparison-shopped the item to death.

This frugality went beyond scouring for deals. I haggled with my cell phone company for a better plan. I became an expert at thrifting. I even made my own soup, salad dressings and jams from scratch (fun fact: You can make 30 jars of guava jelly from a 20 pound case of guavas). I also fought a valiant fight against lifestyle inflation. Even as my paycheck grew, I continued my thrifty ways and socked money away. And through all my scrimping and saving, I was able to build a pretty sizable nest egg before I turned 30.

I thought I had money all figured out. That is, until one day I realized that my intense penny pinching was actually hurting my bottom line.

CALCULATING WHAT MY TIME WAS WORTH

The lightbulb moment came when I was bragging to my partner, Gio, about how much money I saved by making my own applesauce. He asked me what my time was worth. I was confused. I was making applesauce in my spare time — what did it matter? At that point, I was still relatively early in my career and not making a ton of money, so didn’t it make sense to spend my personal time keeping my expenses as low as possible?

Still, I did a little experiment the next time I was at the grocery store. I looked at the price of applesauce and calculated that making the same amount the old-fashioned way would save me about $10. But to make that $10 worth, it took an hour and a half — which valued my time at a little less than $7 an hour. That didn’t even amount to minimum wage!

That prompted me to re-evaluate my other money-saving tasks to start calculating how much I was "earning" per hour in savings. Spending 20 minutes haggling on the phone to save $10 per month on my phone or Internet bill made sense — but going to two or three stores just to find the best deal on toilet paper didn't justify my time.

That experiment made me think: What could I be doing with my extra time to bring in more money, instead of focusing so much on *not* spending money? In his spare time, Gio had started an outdoor tools product-review blog, and it was starting to earn a significant amount of income. That inspired me to start a personal finance blog for millennials.

So rather than spend hours making jams and sauces, I used that time to write for the blog. With some hard work and a little bit of luck, after about four months, it started taking off, which led to other paid writing gigs — including, eventually, a book deal. But rather than put all my side income in the bank, I wondered how else I could make it work for me.

Using some of the money I earned from freelance writing, Gio and I started a small fitness products company. I also ended up receiving an offer to buy my website. I found that the more time I poured into my side hustles, the more I earned — and in about a year and a half, I more than doubled my income and net worth without all that scrimping and saving.

HOW I SPEND NOW

I don’t want to trash being thrifty altogether. It helped me make ends meet during a period of my life when I was short on cash. But, in hindsight, the best financial choice I ever made was to stop undervaluing my time.

I like to cook, so I still make my own jams or soups every once in a while, but I’m OK with paying for convenience, like buying pre-made meals or pre-chopped veggies. I also buy more things online now so I don’t have to run from store to store to score the best deal. And I’m not afraid to splurge every now and then on fun things like a well-deserved vacation to Kauai or an expensive dress, because I’m no longer stressed about the size of my next paycheck. Because I’m making more now, I can balance these things with the “responsible” stuff, like continuing to put money away for retirement and maybe even a down payment on a future home.

Here’s what it boils down to: I’m more focused now on helping my money grow, rather than worrying about having too little of it. Ultimately, I wish I had realized that sooner, because I think I would have been able to save even more in my 20s (not to mention, I would have had more fun and eaten more Greek yogurt). So if you feel like you spend hours clipping coupons (and aren’t getting much joy out of it), take some time to calculate what your time is worth — and ask yourself if you could be doing something that would give you a better return on it. 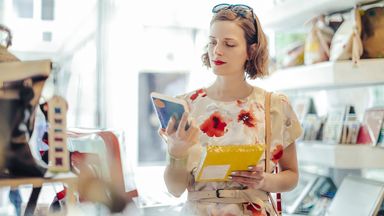 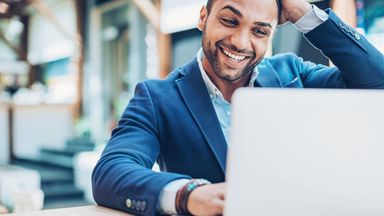 How Do I Calculate My Net Worth? 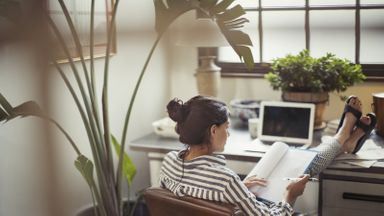 4 Mistakes I Made When I Started My Business