Markets were shaken last week by another hot inflation read, which prompted St. Louis Federal Reserve President James Bullard to say he has become “dramatically” more hawkish and would like to see the Fed’s key rate rise to 1 percent by July. Doing the math (there are only three Fed meetings until July), the Fed would need to announce at least a 50-basis point rate hike at one of its upcoming meetings, something it hasn’t done since 2000.

That drove volatile trading, particularly on Thursday, as markets are now pricing in prospects for six rate hikes from the Fed in 2022 (it was seven before Ukraine-Russia tensions magnified), while CME Group contracts price in a 50/50 chance of a 50-basis point hike coming in March. It’s a rather abrupt shift given markets were pricing in just one rate hike from the Fed back in September.

With so much simmering in markets, we think it’s a good time to take a deeper look and put some context around primary drivers of volatility.

A quick note on Bullard’s comments: No doubt, Bullard feels the Fed needs to step up the pace, but two other Fed presidents say they aren’t convinced a 50-basis point hike is necessary. Time will tell, but it’s important to keep in mind that there are differing views from Fed members. What’s more, comments in the media are not policy. On a positive note, markets have already priced in expectations for a more hawkish Fed. If anything, the Fed has thrown markets very few surprises over the past few years following policy updates. Given markets are already pricing in a very active Fed, there is an upside if those expectations prove overblown.

We contend drivers of inflation will lose steam: CPI inflation rose 0.6 percent in January, pushing annual inflation up to 7.5 percent — the biggest gain since February 1982. The reading came in above expectations, and data show inflation is broad. That’s, of course, what caused Bullard to announce a more hawkish posture.

Keep in mind, inflation data looks backward, and we keep our focus on the horizon. We’ve recently seen leading indicators of inflation peaking. When COVID-19 hit, consumers in aggregate spent more on goods rather than services, a departure from a multi-decade trend in which services grabbed the lion’s share of spend. That put pressure on supply chains, manufacturers and businesses, leading to higher prices. We believe consumers will revert to their old ways in 2022 as omicron fades, and that’s going to take some wind out of inflation. Our call has taken a bit longer to come to fruition, as omicron has proved stickier than anticipated.

But omicron is fading, and that should be a boon to services. We’ve also seen a significant amount of goods demand pulled forward (people have made their purchases), so the pace of goods spending is bound to decelerate. Recent economic data are also encouraging. There have been massive investments in inventory replenishment, 1.4 million people entered the workforce, and pricing and supply chain pressures are also easing (slightly) according to surveys of supply chain managers. Lastly, we’ll begin lapping elevated inflation reads that started last May, so year-over-year comparisons aren’t likely to look as dramatic. Put it all together, and we see no reason to alter our inflation outlook.

Small businesses feel higher prices: The NFIB small business index declined again in January, falling to 97.1 from 98.9 the month prior. A record number of companies raised prices (from data going back to 1986), and inflation remains a top concern. A record number of small businesses raised compensation, as well. But here’s a silver lining: The number of businesses reporting higher inventory levels rose to its highest point since 2000, while inventory satisfaction (having the right amount of product) also improved. In other words, businesses are slowly but surely catching up with demand. Finally, the percentage of business owners who said there aren’t enough qualified workers to fill positions fell to 55 (from 62 in September).

All told, we’re seeing incremental improvements in those leading inflationary indicators (inventories, labor, spending), and we expect that to accelerate as omicron fades. It can be challenging amid heightened volatility, but we recommend investors remain patient.

Sentiment is washed out: Inflation, the Fed, Russia-Ukraine, omicron, stock valuations, bond market dynamics and a host of other factors have essentially washed-out sentiment. So many people are bearish about markets and the economy, while on-the-ground reality is pretty good. Jobs are plentiful, wages are rising, omicron is fading, consumers are still strong, earnings are growing. When so many people are down, it’s often a contrarian indicator that leads to rising markets in the future.

Here’s a look at your week ahead: 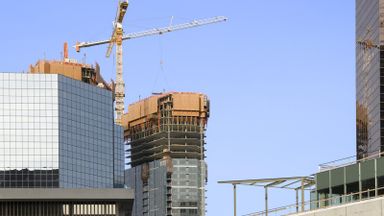 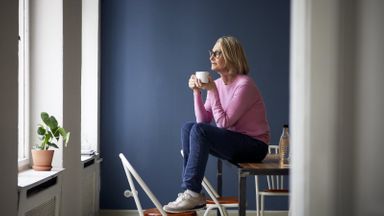 Am I on Track for Retirement?