Your will is a critical part of your financial plan. But as with your plan, it’s a good idea to revisit it on a regular basis. “The risk of not updating your will routinely isn’t just that your wishes might not be carried out,” says Patrick Bodden, vice president of advanced planning at Northwestern Mutual. “It’s that some of the details might be wrong as time passes.”

Here are some things you should know as you update your will.

WHEN SHOULD YOU UPDATE YOUR WILL?

“Everyone should take a look at their will once a year just to make sure that they're still comfortable with it,” Bodden says. “But if you have some sort of life-changing event, you need to take a look right away.”

Life changing events could include having a child or grandchild, getting married, getting divorced or the death of one of your beneficiaries. Other great reasons to reconsider your will include inheriting a lot of money or getting a windfall, like winning the lottery or selling a business, Bodden says. That extra wealth could mean that you may want to distribute your assets differently or consider some additional tax planning.

You might also want to update the people you have designated to carry out your wishes.

“For example, if your personal representative or executor dies, moves away or does something that causes you to question that person's judgment, you might want to remove them,” Bodden says. “Or if you made your will when your children were minors, you might want them to be your executors when they become adults.”

Other things to consider are whether you want to add or remove conditions or protections on money that you’re leaving to people, Bodden says. “If an inheritance was going to be held in a testamentary trust — which is created in a will and comes into existence upon someone’s death — for minor children, you might not want to use a trust once they become adults,” he says. “Or if one of your beneficiaries has special needs or an addiction, you might want to put their inheritance into a trust.”

Ultimately, Bodden says, the expense and time involved in updating your will is often worth it.

DO YOU NEED A NEW WILL OR A CODICIL?

If you need to make a minor change to your will, you might not need to write a new will. A codicil is one option, Bodden says. It’s like an amendment to your will that allows you to change part of it, and generally is slightly less expensive than rewriting the entire will.

“If what you’re doing is addressing a change that happened under state law, or a technical correction to the document, then a codicil is great,” Bodden says. But if you use a codicil to cut out a beneficiary or change what they get, those people will probably see that you made the change.

“Your beneficiaries will be able to see the original will and the codicil amending it,” Bodden says. “In that case, you have an increased risk of hurting people's feelings or empowering people to litigate over whether you were mentally competent when you made the change. So, if you were changing those provisions, I would strongly recommend that you just create a new will.”

A WELL-WRITTEN WILL REQUIRES FEWER UPDATES

“It’s very common to have a will with a provision in it that says you can maintain a separate document that allows you to list who receives certain tangible personal assets that aren’t of high value,” Bodden says. “That becomes a place where somebody could update some aspects of their will really simply because they don't need to go off and have an attorney re-draft anything.”

You can also create contingencies to explain your wishes in case your beneficiaries’ circumstances change. “You can say in your will that if you die then everything goes to your spouse. Or if your spouse dies before you everything goes to your kids. If one of your kids dies, you can also say you want their portion to go to your grandchildren by that child,” Bodden says.

You might also want to write in flexibility around any testamentary trusts you create in your will.  For instance, you may choose to give full discretion to a trustee when it comes to decisions on how to make distributions to a beneficiary. But you might also want to include instructions on how that changes should the beneficiary of the trust get married, divorced or develop an addiction, Bodden says.

ONCE YOU HAVE A NEW WILL

If you do decide to write a new will, it’s important that you get rid of your old will immediately, Bodden says.

“You do not want to have multiple wills around,” he says. “I've seen many cases where people find different versions and sometimes there's confusion about which version is the right version or whether somebody was mentally competent when they executed a later version. That’s the breeding ground for lawsuits and disputes.”

Once you’ve set up the new will, “you’re likely to feel a significant amount of peace of mind,” Bodden says. “You won’t have to worry that your desires won’t get carried out.” 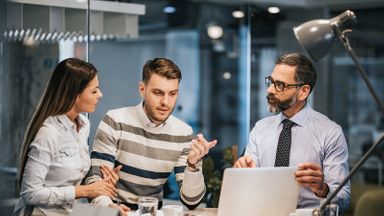 Which Assets Belong in a Trust? 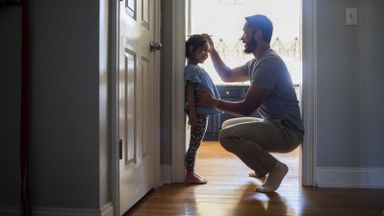 What Is a Life Insurance Beneficiary? 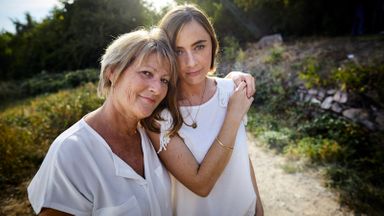 What to Know About Conditional Gifts in a Trust