I knew a budget would be the key to finally getting my finances on track, but no matter how hard I tried, I just couldn't stick with it.

After years of trying, I finally found the secret sauce that made budgeting become second nature to me. I've been consistently budgeting for three years now, and it's turned my finances around. Here's how I did it.

WHY I KEPT MISSING THE MARK

I always started out with such high hopes. Usually I’d just had a big financial fail, like a pricey home repair or a vet bill. This would drive me into more credit card debt, and that would inspire me to act.

Except, that didn’t happen.

I’d update my budget every week. But, gradually I'd get more lax and soon weeks would go between updates.

I'd eventually get to a point where the numbers didn’t make sense anymore. Since I was waiting so long to update my budget, little errors — like a forgotten ATM withdrawal here or credit card purchase there — compounded over time so that when I finally did sit down to do it, it was a mess.

Frustrated, this would be the point where I'd give up. Why bother if I can’t even figure out the numbers? But, this was also the most important thing to recognize. By acknowledging what made me fail at budgeting, I could figure out how to fix it.

HOW I CHANGED MY HABITS

The answer, which I first fell into by chance and later learned the name for: habit stacking, a powerful tool where you link up a poorly developed (or in my case, not-at-all-developed) habit with one that you're already successful in.

I chose to focus on my morning routine. Each day, without fail, I got up and brewed a cup of tea. There was no way I'd forget this habit; I was basically on autopilot. I then stacked my other habit — budgeting  — onto that. So while the tea was steeping, I would update my budget rather than putzing around on Facebook.

I also added “Update Budget” as a line item on my daily to-do list. If I forgot to do it in the morning, a notification would nag me to do it in the afternoon. And if I remembered it right away, crossing an item off my to-do list before I’d even fully woken up felt pretty great.

HOW I'VE STAYED SUCCESSFUL AT BUDGETING

Eventually, after a few months of daily budgeting stacked with my morning routine, it became ingrained as a habit on its own. I don’t even drink tea in the morning anymore, but I'm still able to keep up with my money.

In fact, I’ve even taken a few vacations where I couldn’t bring my computer with me, and it felt weird not to update.

It’s been three years now since I started and it's made a big difference in my finances. I’ve cut back on my spending, I have more money saved than ever before and I’m well on my way toward eliminating my debt. So if you've been struggling to stick to a budget, too, give this trick a shot — it may be just the thing that works. 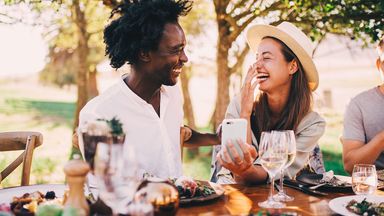 Your 4-Week Guide to Setting a Realistic Budget 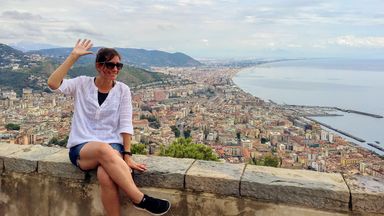 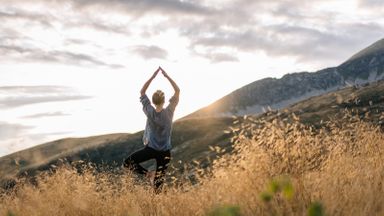 4 Ways to Improve Your Financial Wellness