A few times each year my phone rings and my aunt’s name flashes across the screen. This always elicits an internal groan — not because I don’t want to talk to her — but because in every conversation there’s an elephant in the room: the $16,000 student loan that she co-signed for me.

If we talk about my travels, I worry that she’s judging me for spending money that could be used for repayment. If she talks about guiding her kids toward community college, I get frustrated that she didn’t do the same for me. When we signed on to the debt, I never thought it would define our relationship a decade later.

It turns out, there was a lot I didn’t consider about student debt. I thought it was an inevitable byproduct of getting a degree — not that my approximately $70,000 debt would tank my credit score and affect my ability to get a mortgage when I wanted.

Forty-four million student loan borrowers in the U.S. have a collective $1.5 trillion in debt, and yet each fall a new batch of 18-year-olds sign on to debt that many of them don’t understand. Below, five people share what they wish they’d known before taking out their student loans.

THAT DEBT CAN IMPACT EVERY PART OF YOUR LIFE

When Holly* was accepted into a well-known private university, she passed up full-ride scholarships at other schools to attend.

“I was advised by my high school academic adviser to 'go where I would like to go,’ as they are all great schools and I will have a great job to pay back any of my loans later,” she recalls.

Her first year she took out $45,000 in student loans, and the debt continued to pile from there. Now 31 and in grad school, her debt impacts her finances, personal life and career plans. She’s delayed marriage for fear of how the debt would affect her boyfriend, and plans to pursue a medical degree — largely because it’s the only field where she can envision making enough to pay off her loans and cover living expenses.

“I feel betrayed and conned by the educational system. My high school made gym a yearly requirement but never forced us to take finance,” she says. “I'm not allowed to rent a car at 17, I can't drink at 17, I can't gamble at 17, I can't vote at 17 — but I can take out hundreds of thousands of dollars?”

THAT PAYING THEM BACK WOULD BE EMPOWERING

Amanda Page, 42, took out $44,000 in combined debt to get her undergraduate and graduate degrees. Although she needed both degrees to secure her current university teaching position, she felt trapped by the debt after finishing her grad program in 2004.

"My student loans impacted my daily life by limiting my choices. I felt chained to work, to debt, to low wages,” she says.

In 2016 Page decided to get serious about paying off the debt, aiming to have it gone within a year and documenting the process on her blog, Dream Beyond Debt. It took her 14 months, and Page says aggressively paying off her loans helped her realize that she was still in control of her financial life.

"Looking back, I wish I'd done a rapid repayment project much sooner,” she says. “It changed me. I feel much more capable now, and I believe in my ability to follow through in ways I didn't before paying off my student loans.”

THAT MY LOANS WOULDN'T ALIGN WITH MY PRIORITIES

Kate Flanagan, 29, felt lucky to leave school with “just” $50,000 in debt. At the time, attending a four-year school in a city seemed important, but 10 years later Flanagan feels differently.

“I wish I had at least taken some time off to figure out what I wanted to do so that my money was more well spent,” she said. “My parents and I basically paid a ton of money for me to drink, make friends and get a little piece of paper at the end of it all.”

Today, she would prefer to have savings rather than monthly loan payments.

“That extra amount in my bank account every month would definitely add up to more savings,” she says. “If I hadn't been paying them off for the past seven years I might have enough for a down payment on a house right now.”

THAT INTEREST IS A BIG DEAL

When Taylor Sullivan, 24, took out $65,000 in loans to pursue a business degree, he thought he was investing in his future. A few years after graduating, he’s not so sure.

“I wish I was much more educated about the loan process before [taking them on],” he says. More specifically, Sullivan wishes someone had taught him about compounding interest and how variable rates would affect his payments month to month.

“I never understood the difference in the actual amount I would have to pay back opposed to the amount borrowed,” he says. Now, he’s acutely aware of who his student loans have benefitted.

"'It takes money to make money’ is a common saying in business,” Sullivan says. “But what they don’t tell you is that universities tend to take more than what you’ll make.”

THAT IT WOULD ULTIMATELY BE WORTH IT

When Brittni Widdick graduated with a degree in business administration, she had about $75,000 in student loans.

“I regretted my decision to go to school for years — always said it was the biggest mistake I had ever made,” said Widdick, 28. “Now, I'm not sure I agree.”

About four years after she graduated, Widdick started realizing the value of her degree. Now she works as the vice president of operations at a payroll company, and says that although the job isn’t related to what she studied, she never would have secured it without her degree.

“I don't exactly use the subjects I learned in school, but I learned 'how to learn' in college, and that has taken me farther than I could have gone without that knowledge,” she says. “My degree gets my foot in the door. In our generation, everyone has a degree. It's the bare minimum needed to submit a resume anywhere. Without it, you're stuck in place. With it, you can keep moving up.”

*Name has been changed. 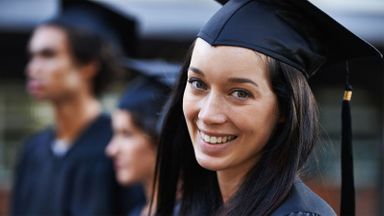 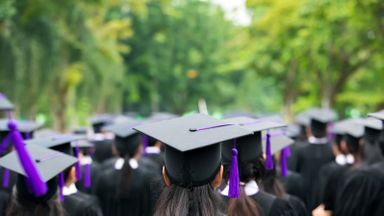 How Much Does a Student Loan Actually Cost? 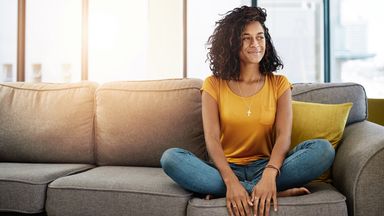