From college basketball’s March Madness to the official start of spring, there are many events to celebrate this month. But without any big national holidays, March has always been a bit lacking in retail promotions.

“It is still a slow-ish period for deals, but that’s becoming less and less of the case every year,” says Nathan Burrow, deals editor at Wirecutter. “You can still find bargains, just don’t expect to see many major sales. On the bright side, supply-chain issues are gradually improving. But it is incremental so we’re not yet where we had been in terms of seeing regular availability and sales across the board.”

Here are some of the best things to buy in March, and a couple of categories you should skip.

What to buy in March

Even with offices reopening, many employers are allowing their workers to work from home on at least a part-time basis. Burrow says this is why home office gear has continued to spike in price and advises shoppers to temper their expectations.

“But, if historical trends continue, we’ll still likely see some discounts in March,” Burrow says, noting that March has still been one of the best times of the year to find deals in this category. Last year, desks, laptops, laptop risers, office chairs, keyboards and mice were well-discounted. But Burrow acknowledges that the sales will likely just reflect what the full prices were prior to the pandemic.

One caveat to keep in mind is that laptop sales will be on 2021 models. “So if you want the latest and greatest, you’ll have to pay more,” Burrow says. “Apple is rumored to be having a spring event that could occur in March and offer up a new slate of goodies for those who insist on getting the latest and the greatest.”

If you’ve been waiting for slightly warmer temperatures to get outside, Burrow says March is full of opportunities to save on gear for camping and hiking.

Expect to see sales on last season’s winter wear during the early part of the month. “Then in late March, like clockwork, REI offers 20 percent off one full-price item on everything from backpacks and hiking poles to tents for REI members,” Burrow says. “If you aren’t an REI member, competitors such as Backcountry and Moose Jaw will likely match these deals with sales of their own.”

If staying indoors is more your style, especially during the wild weather swings March is known for, then this is a good time to update your home theater equipment.

“Be aware that TV deals will be on 2021 or earlier models, continuing February trends that started early in the month,” Burrow says. “Peripherals such as soundbars and media streamers will all likely be discounted as well. These sales been running continuously, and I expect them to keep going at least through the first or second week of March.”

If you need more digital storage or are looking to revamp your privacy protections, this is a good time to score some deals.

External hard drives, portable SSDs, microSD cards and internal SSDs to upgrade your laptop or desktop storage will all be on sale this month. “Whether you’re looking to back up your important files or grab more game storage for your Nintendo Switch, you’ll have good options,” Burrow says.

What to skip in March

Unless you really need a new fridge or washer/dryer, hold off until May before buying any new large appliances. “Wait for Memorial Day sales if you can,” Burrow says. “Lingering supply chain issues may mean even those deals aren’t as big as in years past, but you’ll still end up saving something at that time.”

Here’s hoping you scored some bargains on mattresses and bedding last month — if not, this is another wait-until-May category. “Presidents Day and Memorial Day have the biggest promotions, though this category also has reliable sales on any three-day weekend holiday and on Black Friday,” Burrow says. 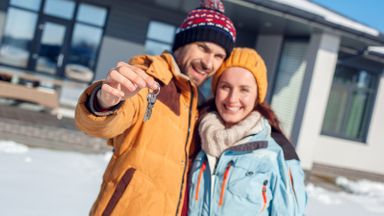 7 Reasons Why Buying a House in Winter Is Better 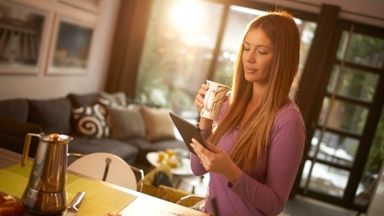 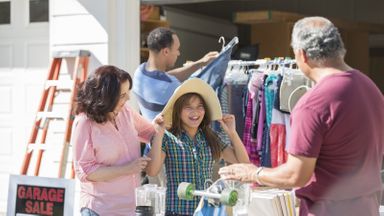 9 Tips for a Successful Garage Sale