Wednesday was a powerful reminder that stock prices rise, but they do indeed also fall.

All the major market indexes were knocked down, posting their biggest declines in more than eight months. It was the S&P 500’s fifth consecutive day in the red, led lower by high-flying tech stocks that have powered market gains over the past few years. Bond prices, which typically rise as investors move money into safer assets, have recently fallen in unison with stocks. In other words, no one has been “safe” over the past few days.

The drop has investors wondering whether Wednesday’s gravity test is the beginning of prolonged pain in the market or a brief stumble, which can be healthy for markets in the long-term. Brent Schutte, chief investment strategist at Northwestern Mutual thinks Wednesday’s action is a sign of the latter, and bond yields are to blame.

The yield on 10-year Treasury bonds rose to 3.22 percent on Wednesday, which is the highest level seen since 2011. When bond yields rise, that means prospective investors get a higher return on their money without taking on equity-like risk. As bond yields rise, their new, higher future return can gradually erode the relative attractiveness of stocks given their higher historical risk.

“What started out in the Treasury market has now fed into the equity markets. Those two markets are connected at the hip,” says Schutte.

Here’s a quick, simple example to illustrate: If a bond yields 2 percent but you expect to earn 6 percent in stocks, that 4 percent return difference may be wide enough to stick with stocks, which tend to be riskier. But if bond yields rise to 4 percent and stocks are still expected to return 6 percent, a 2 percent return premium may no longer be worth the risk for some investors. As a result, stock prices have to fall to push their future expected return up to 8 percent to re-assert their relative attractiveness.

“When bond yields are low like they have been over the past few years, stock valuations tend to trade higher than their historical average. For most investors the risk associated with stocks is worth taking on over measly returns when bond rates are low,” says Schutte. “When bond yields are high, like in the 70s and 80s, stock valuations are low. Why take on more risk in stocks when you can get a relatively high return in less risky, higher-rate bonds?”

Schutte believes the market on Wednesday was re-pricing stocks based on higher bond yields. This was especially on display in growth tech stocks such as Netflix, Facebook and Amazon which fell harder than their value stock counterparts. Today’s stock prices are based on the present value of future discounted cash flows.  When investors buy growth stocks, a lot of the earnings growth they are buying is far into the future.  When bond yields rise, those future earnings get discounted today, which ultimately leads to a lower net present value.

As a result, during periods of higher Treasury yields, growth stocks have often tended to sell off a bit more than the overall market. Since value stocks typically generate more cash flow today, investors aren’t paying as much of a premium in the stock price for growth in the distant future. Schutte notes that this doesn’t mean growth stocks are bad long-term investments, just that they are often more vulnerable in the short-term relative to their peers when rates push sharply higher as they have over the past week.

IS THIS A TEMPORARY BLIP, OR THE START OF A DOWNWARD TREND?

Perhaps ironically, Schutte believes that longer-term bond yields are rising because investors are finally waking up to the reality that economic growth is strong and may stay that way for some time. And, based on numerous measures, the growth story is still intact despite some weakness on Wall Street. That leads Schutte to conclude that this week’s stock market pain is likely temporary.

“Most importantly, we believe this shock on the 10-year Treasury will eventually run its course and the market will regain its footing as economic growth continues, which is what we expect,” says Schutte. “Nearly all aspects of the economy look good right now, and traditional recession indicators do not look like they’re flashing a red light.”

Schutte compared Wednesday’s decline to what occurred earlier this year. The 10-year Treasury started 2018 at 2.4 percent, and rose to 3 percent in January. That sparked a roughly 10 percent stock market correction in February. However, as we saw, it wasn’t enough to knock the economy off its growth trajectory, and stocks more than recovered their losses in the meantime. Schutte expects more of the same this time around.

“I don’t believe this is a recession, and I do think the market will eventually settle down. As economic growth continues, the stock market will move higher in turn,” says Schutte.  However, he cautions that while markets are likely to move higher and “settle down”, investors should be prepared for additional future bouts of volatility as the economic cycle ages and the Federal Reserve continues gradually tightening monetary policy.

While it can be difficult to log in and see the value of your portfolio decline, it may be wise to heed some sage market advice if you’re in this for the long-run: The most profitable action is quite often inaction. 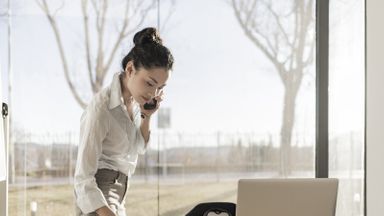 Are 'Value' Stocks Making a Comeback? 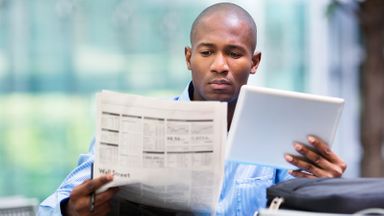 The Difference Between Stocks and Bonds 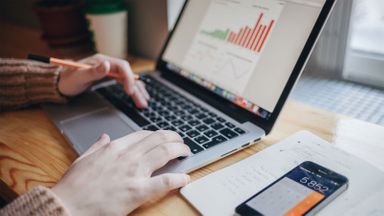 What Is a Portfolio?