There’s a tug-of-war right now between two major forces driving markets. On one side, economic data continues to outperform expectations, broadly speaking. But pulling just as hard is a rise in coronavirus cases, particularly in Texas, Arizona, California and Florida.

The push: Texas halted elective surgeries to free up hospital capacity. The pull: At the same time, New York City and Illinois are advancing deeper into their respective reopening plans. The push: Jobless claims were a tad higher than expected last week. The pull: Global PMIs indicate the downturn is abating. These complex, competing signals are seemingly at a stalemate.

That means the next couple of weeks are going to be critical as markets gauge which “side” is gaining the upper hand, and you should expect volatility as it gets sorted out. Keep in mind through it all: The Federal Reserve and its mountain of liquidity remains a critical backstop. Volatility will continue so long as the virus sticks around, but the Fed — as we have stated repeatedly — is going to support the market.

Downturn Slows Around the World: Loosening virus-related restrictions eased the economic downturn in the world’s largest, developed economies in June, sharply driving composite PMIs upward for the second consecutive month. IHS Markit data indicate the downturn in the U.S., Eurozone, UK and Japan — economies that, combined, account for roughly half of global GDP — is fading.

Big Banks Pass the Test, With Caveats: The Fed on Thursday voted 4-1 to require banks to preserve capital by suspending share buybacks and capping dividends. The moves came as part of regulators’ annual stress tests, which measure how resilient 34 large banks are to economic duress. Regulators also eased the Volcker Rule, freeing up billions in cash previously held as a safeguard for derivatives trades. While the banks largely remain well capitalized, a worst-case-scenario stemming from the pandemic could push several to the edge of their minimum capital levels.

Unlike during the Great Recession, the banks are viewed as almost a utility right now, providing critical liquidity that can bridge people and businesses over this economic valley.

A Mixed Bag for Consumers: Household spending on goods and services rose 8.2 percent in May, a sign that people are eager to spend despite historically high unemployment. Still, total spending is down 12 percent from February — when shutdowns began. Again, the recent uptick in cases is muddying the outlook a bit, and that drove consumer sentiment lower in late June, with the University of Michigan ‘s final reading falling to 78.1 from a preliminary estimate of 78.9.

Getting back to work will be a critical lift for spending, but weekly jobless claims remain elevated. Applications for benefits were 1.48 million for the seven days ended June 20, down from 1.54 million the prior week. While it’s the 12th straight week of declining claims, the total is shrinking at a slower rate. Meanwhile, the number of people actually receiving benefits (continuing claims) fell from 20.3 million to 19.5 from week to week.

A Key Unemployment Report: The economy is recovering, but is it a brisk walk, a jog or a sprint? The June unemployment report coming this week will be a key measure of our pace. Getting the green light to reopen was certainly a lift for workers who were furloughed or laid off, but has demand returned enough to continue bringing workers back? According to the IHS Markit PMI survey results, some businesses are putting a freeze on hiring or making modest cuts to lower costs in response to muted demand. We’ll see how that translates for the broader workforce.

Another Pace Setter: On Thursday we’ll dive into another gauge of manufacturing activity from the Institute for Supply Management. This is another key data point to help gauge the pace of the economic recovery. As we stated above, the next several weeks will be critical as the market determines a direction for the economy.

Consumers Wavered by an Uptick in Cases? Consumer confidence and spending go hand in hand, and Tuesday we’ll see if an increase in coronavirus cases has impacted consumers’ outlook for the economy and their finances. Pending home sales in May, though a lagging indicator, could also show how confident people are feeling about making big purchases right now.

From consumer confidence to the ISM, better-than-expected data this week could help support markets and be a counterweight to coronavirus-driven setbacks that may occur in the days ahead. 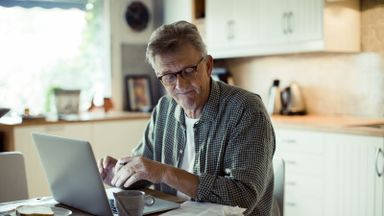