The commodities price spike we’ve seen following the Russian invasion of Ukraine, along with the world’s response, has certainly added layers of complexity to the inflation debate and the Federal Reserve’s job this week. We invite you to read our March Asset Allocation Focus for our complete outlook on key questions and opportunities in markets.

Going into the year, leading indicators for higher prices appeared to be peaking and poised to turn over. Demand was normalizing, waves of people were returning to work, and those pesky supply chains issues were starting to get sorted. Then Russia invaded Ukraine and altered the equation. Sanctions, import and export bans and energy markets are all contributing to uncertainty and putting pressure on prices.

Though gasoline accounts for roughly 3 percent of the average American’s budget (that, of course, varies), rising gas prices are a powerful daily reminder of inflation. The current spike in gasoline prices will likely dent consumer sentiment and discretionary spending and may further fan inflation via higher transportation costs for goods. However, higher prices could also erode consumer demand and pull inflation lower, too.

That’s why we believe the Fed will proceed gently, given these crosscurrents, and likely settle on a 25-basis-point hike. Aggressive action on inflation may not be needed right now, as the spike in commodities prices could put a dent spending and cool the pace of price increases.

Now, let’s dig a little deeper into the week that was and the week ahead.

The Week in Review

Inflation hot once again: Inflation notched a fresh 40-year high in February, coming in at 7.9 percent. We don’t anticipate much of a reprieve in March, as February’s read doesn’t include the full brunt of the oil shock stemming from the Russia-Ukraine war. We’re watching every measure of inflation for clues of a direction or trend; however, the picture is muddled. But let’s pull back a bit.

So many are comparing today to the 1980s for obvious reasons, but the economy was in a much different place back then. The 10-year Treasury yielded 14.15 percent in 1982, while today that stands at 1.99 percent. What’s more, intermediate-term inflation expectations, as reflected in the 5-year Treasury five-year forward breakeven rate, are at 2.45 percent. In the 1980s, markets weren’t sure the Fed even had the power to fight inflation and assumed it was permanent. Today, many worry the Fed has too much control. In other words, markets aren’t pricing in a persistent inflationary trend yet.

Small business optimism dips: The NFIB small business index fell to 95.7 in February, down from 97.1 the prior month, the lowest tally in over a year. Price hikes and inflation are certainly being felt on Main Street, but the jobs market is showing incremental improvement compared to September. Business owners are slowly but surely finding qualified people for job openings, a sign the labor market is loosening up. It’s still a challenge, and progress is slow, but the data here has improved over the past six months.

Consumer sentiment also lower: The University of Michigan’s consumer sentiment survey fell to 59.7, the lowest level since 2011. One-year inflation expectations rose to their highest level since 1981, and prices at the pump could further amplify these concerns. Still, while the short-term view isn’t rosy, consumers’ intermediate- to long-term inflation expectations remain well anchored, which should give the Fed further confidence to raise rates at a steady, measured pace.

The survey also showed that the largest proportion of respondents since the survey began (in the mid-1940s) expect their personal finances to be worse in the year ahead. This is yet another reason for the Fed to take a cautious, rather than aggressive, approach to policy right now.

Here’s how an important week for markets will play out. 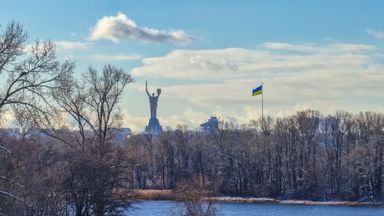