In the 1960s, Baby Boomers were encouraged to “think small” by getting behind the wheel of a Volkswagon Beetle. Today, a similar movement is taking shape — but with smaller houses instead of cars.

Spearheaded in the mid-2000s by millennials looking to live a pared-down life, the tiny house movement is now attracting people of all generations.

This includes Baby Boomers. “I’ve got about four on the waiting list,” says Pat Mosely, owner of California Tiny Homes in Fresno. On the opposite coast, Dan Louche, of Georgia-based Tiny Home Builders, estimates that about 35 percent of his clients are Boomers.

While millennials are drawn to tiny homes to spend less and live more, Boomers are looking to make the most of their years in retirement — without the expenses and trappings that come with conventional housing.

“The largest bill most Boomers have is a mortgage that’s tied to a house they are using less,” says Louche. Moving into a tiny home is a way to shed that financial burden and enjoy more freedom.

While some tiny homes are stationary, most are made to move. “All of our homes are built on wheels and can be hitched to a truck like a normal trailer,” says Mosely. Mobility can come in handy when a change of scenery is in order. Or, as Mosely points out, in the case of natural disasters like wildfires or floods, when a change is necessary. “When you own a tiny home, you can move it out of harm’s way.”

Kathy Truhn was Dan Louche’s first tiny home customer and happens to be his mother. When Hurricane Jeanne did a number on her Lakeland, Florida, trailer house in 2004, her son secretly built her a tiny home.

“When I visited Dan and saw the flatbed trailer, I assumed he was building a float for the scouts,“ says Truhn. When Dan finished the home and surprised her with it, she fell in love with it instantly.

The layout included a kitchen and dining area, bathroom and living room plus a loft for storage, all contained in a space smaller than a semitrailer. “We had a futon we’d use during the day and fold out at night,” says Kathy. “Everything was within a few steps, and if we had company, we’d move outside.”

A tiny home has several advantages over a recreational vehicle (RV), says Louche, starting with durability. “RVs were never intended to be lived in full-time,” he says. “They just aren’t manufactured to wear like a tiny home, so they end up falling apart much more quickly than you might expect.”

A tiny home can, however, be hauled to an RV park and set up just as easily. In fact, most of them are designed to work with RV electrical hookups and water supplies. And since they typically feature composting toilets, the waste water a tiny home produces is no more harmful than runoff. “You can use it to water plants,” says Mosely.

Tiny homes can be insured just like an RV or large vehicle. Plus, there are no property taxes to deal with or building permit hassles. The only expenses you need to consider up front are the cost of the home, sales tax and insurance.

The work on a tiny house can usually be completed in six to twelve weeks — a fraction of the time it would take to build a conventional home. Adjusting, however, may take a while, especially if you’re scaling back.

The economies of scale can make up for sacrifices elsewhere. “My utility bill was $25 per month,” says Truhn, which allowed her to keep the air conditioning on and the appliances running. As you might imagine, the time it took to clean was also drastically reduced. And these are the types of savings that can be applied to a richer retirement.

How Much Does It Cost to Rent vs. Buy an RV? 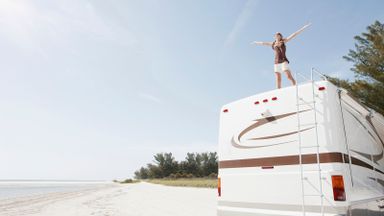 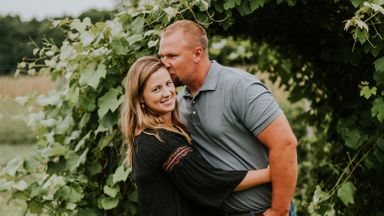 I Wanted a House, My Husband Didn’t — Here’s What Happened