When Dr. Jeffrey Nielsen, 61, first took out his life insurance policy, he never guessed that he would someday donate it to charity.

As a young surgeon, he bought the policy to ensure he could take care of his family if anything were to happen to him. But now that his mortgage is paid off and his family is financially secure, the death benefit his insurance provides is no longer as critical as it once was.

In fact, he and his wife, Kristine, have been increasingly focusing on giving away their wealth in recent years. “We feel very fortunate,” he said. “I’ve done very well in my career, and we feel that to those who much is given, much is expected.”

While they’ve contributed generously to numerous causes in their community in the past, they decided to make a significant donation toward the Hancher Auditorium, a performing arts venue at the University of Iowa. The old auditorium was destroyed after a flood and was recently rebuilt. So the couple decided to donate their permanent life insurance policy, which had accumulated a cash value of around $230,000.

“Once the charity receives that policy,” said Northwestern Mutual Financial Advisor Ryan Brems, who works with the Nielsens, “they can decide to cash it in for the current cash value, hold it while the cash value continues to grow, or wait and eventually use the full death benefit.”

According to Brems, the reason life insurance is such an attractive vehicle for making donations is the flexibility it offers for both the charity and the donor.

For those who want to make a sizable donation, it can also be easier to donate a permanent life insurance policy rather than liquidate other assets in order to make that donation. That was case for the Nielsens, who wanted to make a larger donation but wouldn’t have been able to give as generously because they didn’t have the liquidity.

There are two ways to donate life insurance to charity.

It was really easy. I just met with Ryan and told him what I wanted to do, and he coordinated everything with my accountant and the University of Iowa. I had to sign a few papers, and that was it.

AN EASY WAY TO DONATE

Many people think that donating their insurance policy would be difficult or require a lot of paperwork, but that’s not the case, according to Nielsen. “It was really easy,” he said. “I just met with Ryan and told him what I wanted to do, and he coordinated everything with my accountant and the University of Iowa. I had to sign a few papers, and that was it.”

You can sign over a policy in its entirety, or you can give away part of your policy. “At some insurance companies like Northwestern Mutual,” Brems said, “you can divide your policy into two policies and give away ownership of one of those policies to a charity while keeping the other.”

BENEFITS OF DONATING YOUR INSURANCE

The Nielsens are very happy that they were able to use their insurance to make a large gift toward a cause that they were passionate about. “I think it’s a great vehicle to use,” Nielsen said. “It allows you to give a sizable donation without a big cash outlay.”

Now that the donation has been made, the Nielsens feel good about their decision. “We feel like we’ve done something very positive and very good for our community,” Nielsen said. “We enjoy giving. It’s an important part of who we are.” 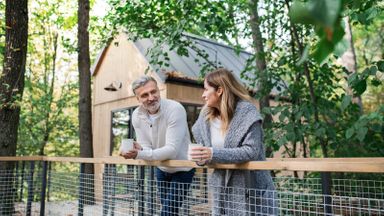 Donating Your Life Insurance to Charity: Here’s What You Should Know 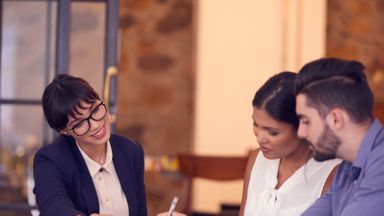 What Is the Cash Value of Permanent Life Insurance? 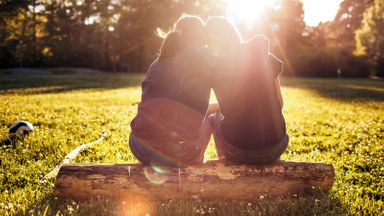