Investors entered the holiday weekend with a sigh of relief as the major indices snapped a seven-week losing streak with a strong showing to close out May. The positive results were a much-needed antidote to growing pessimism taking hold on both Main Street and Wall Street. Ongoing concerns about inflation and the continuing conflict between Russian and Ukraine, as well as supply shortages, have been a drag on consumer sentiment, according to the latest University of Michigan Survey of Consumers, which was down 10.4 percent in May from the prior month. While consumers still felt confident about their own financial situation, they expressed worries about the impact of inflation on the health of the economy in the year ahead.

Likewise, investor sentiment continued to plumb historic depths, with just 19.8 percent of investors surveyed in the latest Investor Sentiment Survey from the American Association of Individual Investors believing the markets would post positive returns six months from now compared to 53.5 percent who were bearish on the market going forward. Investor sentiment is heavily influenced by recent market movements, but it has an inverse relationship with future returns for equities.

While we understand the dour mood, we believe performance of the headline indices is an incomplete telling of the underlying story. Selling pressures have hit the most expensive areas of the market the hardest. Many of what we like to call the “hopes, dreams, memes and themes” stocks have suffered significant losses, while their more attractively valued counterparts have held up relatively well — for example, the NASDAQ Composite is down more than 22 percent year to date through the end of May, while the S&P 1500 Value Index is off less than 4 percent during the same period.

Just as the headline numbers for the major indices have distorted the health of the markets, we believe prices consumers have faced at the pump and in grocery stores, while painful, are only part of a gradually improving inflation picture.

Recent data continue to give us confidence that the worst of inflation may be behind us and that economic growth should continue.

Relief at the cash register. Consumers are beginning to see some easing of inflation, according to the latest Personal Consumption Expenditures (PCE) price index from the U.S. Commerce Department. The index, which is the Federal Reserve’s preferred measure of rising costs, shows core inflation eased to 4.9 percent year over year in April, down from March’s reading of 5.2 percent. Core inflation excludes volatile gas and food prices. However, headline PCE, which includes those items, also showed a slower pace of growth at 6.3 percent versus last month’s 6.6 percent year-over-year expansion. Additionally, as we’ve been forecasting, rising prices for goods appear to have peaked and were down 0.2 percent in April. While they remain 9.5 percent higher year over year, that level is also an improvement over the 10.6 percent year-over-year pace of growth registered in March.

Consumer spending continues to grow, according to the report, with overall expenditures up 0.9 percent in April. Growth in spending on services came in at 0.9 percent, outpacing the increase in purchases of goods. While inflation remains high, consumers were able to absorb increased costs thanks to higher income — up 0.4 percent — and healthy savings balances. We will continue to monitor the PCE with the expectation that the current report may be the beginning of an ongoing trend of slowing inflation.

Resilient eurozone. Demand for services remains strong in Europe despite the ongoing conflict between Russia and Ukraine. The latest PMI readings for the eurozone released by S&P Global show that gains in the services sector offset some softening appetite in manufacturing. Services and manufacturing PMI came in at 54.9 — readings above 50 indicate an expanding business environment. The report logged a second consecutive month of decreasing year-over-year pricing increases, suggesting easing inflation. Continued strength in Europe is impressive given the sharp uptick in gas prices and supply chain challenges the region has endured due to the Russia-Ukraine conflict. It also provides room for the European Central Bank to meaningfully tighten rates, which should aid in the global inflation fight.

Manufacturing in the U.S. remained strong with a reading of 57.5, albeit down slightly from last month’s 59.2. Services weakened to 53.5. Costs for service providers hit new highs in May; however, capacity pressures reached a three-month low as companies aggressively hired help.

Businesses investment up. Companies continue to invest in their businesses, with the value of core capital goods orders up 0.3 percent in April, according to the latest figures from the Commerce Department. While growth slowed from a 1.1 percent pace in March, the latest data point to companies investing to improve efficiency, which should help ease the impact of inflation pressures many businesses are feeling as well as lessen challenges caused by a tight labor market.

New home sales drop. Sales of new homes in the U.S. dropped by 16.6 percent in April from the previous month and fell 26.9% from a year ago, according to data from the U.S. Census Bureau and Department of Housing and Urban Development. While sales were down, the median price of a new home continued to increase and hit $450,600 in April. Rising interest costs are taking a toll on affordability and having a cooling effect on housing demand. The slowing market has alleviated some inventory pressures. At the current sales pace, there is an estimated nine-month supply of new homes, up from 6.9 months in March and 4.7 months a year ago. As the supply deficit continues to ease, we expect price growth for homes will begin to slow.

Here’s some of the data we’ll be keeping an eye on in the week ahead.

Tuesday: Housing prices will be in the spotlight in the morning as both the S&P/Case Shiller and the Federal Housing Finance Agency release pricing reports. We will continue to eye the impact of high mortgage rates on housing prices.

Later in the morning the Chicago Purchasing Managers Index will provide insights into the economic activity of the nation’s third-largest city.

Wednesday: Results from the latest Manufacturing Purchasing Managers Index from the Institute for Supply Management will be released shortly after the opening bell. The report will be of interest, as it relates to the trajectory of demand growth for manufacturers.

Mid-morning the Bureau of Labor Statistics will release labor turnover data for April. The report will offer insights into whether the tight labor market facing businesses is easing.

Thursday: The focus is on employment Thursday with the release of a trio of reports: ADP payroll data, jobless claims and workforce productivity. A combination of softer employment numbers and an uptick in productivity could bode well for dampening current cost pressures for businesses.

Friday: Investors will get an update on demand for services in the morning when the Institute for Supply Management releases its latest data on the sector. There has been a transition away from spending on goods and toward purchases of services. This report will provide the latest indication of whether the trend has continued.

The Bureau of Labor Statistics will release its jobs report for May. The comprehensive report will provide a clearer picture of the health of the labor market, and we will be watching to see if labor participation rates have improved, which should help to reduce upward wage pressures for businesses.

NM in the Media 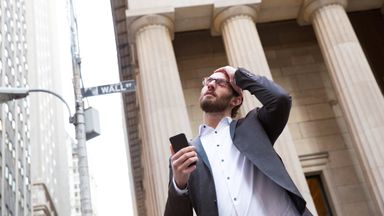 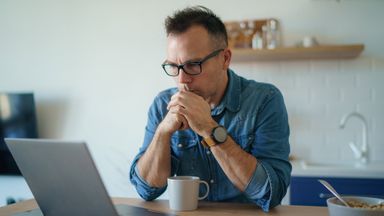 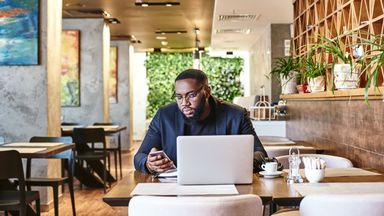