A child is the ultimate blessing, the greatest joy, the supreme delight — the superlatives are endless. But let’s be real here: Raising those little blessings is downright exhausting. For a parent, a few kid-free hours on a weekend is just enough to recharge the batteries, but they need an ally. They need a good babysitter.

Of course, freedom isn’t free, and every hour without a kid is going to rack up babysitter costs. And lately, providing needed respite for parents has been a boon for babysitters, whose average hourly rates have risen 8 percent year-over-year, according to results from a 2018 UrbanSitter survey of 20,000 families. In contrast, wages in the U.S. grew 2.6 percent over roughly the same period.

And it’s clear, based on UrbanSitter’s survey, that personal wellness is driving parents to fork over cash for free time. Kindling the flames of love with a date night was the top reason cited by survey respondents for hiring a babysitter. “Me time” was the fifth most common reason for a sitter (behind errands, backup care and sick days/school holidays). Among the most popular me time activities: spa or massage, work out, manicure or pedicure.

UrbanSitter also uncovered what might be an emerging trend in parental romance: 46 percent said they’re going on day dates, rather than hitting the town at night. The survey didn’t get into what was driving the day dating trend, but UrbanSitter CEO Lynn Perkins has a theory. “The cost and availability of date activities could be a factor as it’s easier to find a reservation for lunch vs prime time Saturday dinner. And millennial parents tend to be more into experiences and there's more variety to be had during the day," Perkins said.

The market is red-hot for babysitters, and that puts parents in a bit of a bind: You don’t want to overpay for a capable babysitter, but you also don’t want to low-ball your child’s care (you tend to get what you pay for). Sixty percent of those UrbanSitter survey respondents said they shell out at least $1,000 a year on babysitter costs — that’s a sizable expense you want to price correctly. So, what’s a parent to do?

HOW MUCH SHOULD I PAY MY BABYSITTER?

According to the UrbanSitter, the average single-child, hourly rate for a babysitter in the U.S. is now $16.43, up from $15.20 a year ago (it’s $18.86 for two kids, and $20.56 for three kids). But this is just a starting point, because your out-of-wallet costs will meander from the mean depending on your zip code, age of your children, amount of notice and the babysitter’s experience level. If you live in pricier metro areas — i.e. the coasts — you’re going to pay more. Here’s what one- and two-child hourly babysitting rates look like in 20 major metro areas in the U.S.:

Everyone’s situation is a little different, but by ensuring you’re paying a competitive, yet fair, price for a babysitter, you’ll enjoy that time away from the little ones that much more. So, go ahead, pamper yourselves. 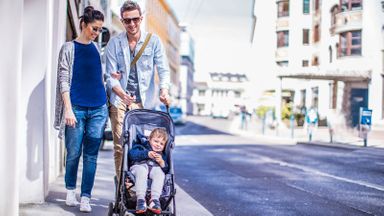 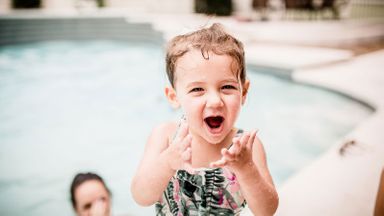 How Much Does It Cost to Raise a Child? 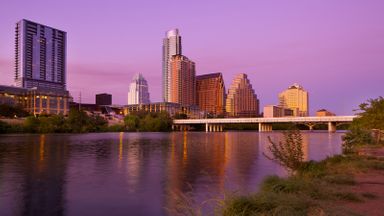