Congratulations! You’re the proud parents of a beautiful baby and you made it through all the expenses that come with pregnancy and childbirth. Now how much do you need to spend to get this baby bird to fly?

You might want to sit down for this. For a middle-income married couple, the average cost to raise a child born in 2015 is $233,610, according to a Department of Agriculture report released in January 2017. This number varies depending on the region you live in, with parents in the Northeast shelling out an average of $253,770.  And no, that doesn’t include college.

It does, however, include housing, child care, transportation, clothing, food and miscellaneous expenses such as personal care items, entertainment and activities.

Your baby’s first year will cost roughly $12,000. That includes diapers (estimated between $70 and $80 each month, according to the National Diaper Bank Network), food, clothing, furniture (a nursery costs about $2,000, according to The Bump), routine out-of-pocket doctors’ expenses and child care. After age 2, that figure jumps to around $14,000 per year.

Housing comprises 29 percent, the biggest cost of raising a child, especially if you factor in the need to upgrade to a bigger home. Child care costs are also high, clocking in at $37,378 per kid. According to the Care.com 2019 Cost of Care survey, more than 70 percent of families reported paying more than 10 percent of their income on child care – and 40 percent said they spend more than 15 percent of their income on it. The study also found that the average weekly child care cost for one infant child is $211 for a day care center and $596 per week for a nanny. Pro tip: You can cut down on this expense by joining a babysitting co-op or nanny sharing service with other like-minded parents in your neighborhood.

On average, you’ll spend about 18 percent of your costs on food, the bulk of that occurring when your child hits their teen years — $3,720 per child annually for 15- to 17-year-olds. Have you ever watched a teenager eat lunch? This is where a membership to a big-box store will really come in handy.

And while some activities are covered in the total figure, parents trying to turn their child into a star athlete may end up shelling out even more — up to 10.5 percent of their gross income, according to the Utah State University Families in Sport Lab. Here’s hoping it leads to a full ride for college, which, according to the College Board, currently averages between $10,440 per year for a four-year in-state public school to $36,880 per year for a private university – and that’s just for tuition.

To get a better sense of the costs of raising a child based on the region you live in and your family situation (how many kids you have, how many parents are in the household and your income range), check out the USDA’s cost of raising a child calculator.

And before you freak out, remember that knowledge is power. Starting to prepare now with a comprehensive budget, plus a smart savings, investment and retirement plan will put you in a good financial place when the nest is finally empty again! 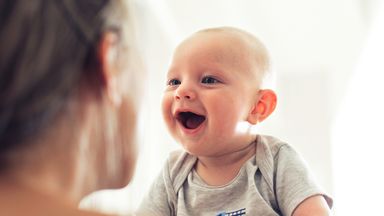 Ready for a Baby? Ask Yourself These Money Questions 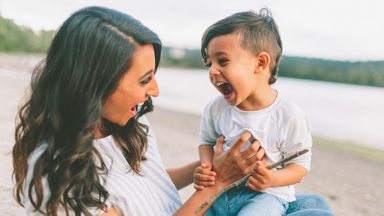 This Is Where Child Care Is Most Expensive — And Most Affordable