It’s no secret that some of life’s biggest milestones will cost you big (hello, college degree). But at least where getting married is concerned, there’s some good news.

The average cost of a wedding dropped last year, according to The Knot — the first time the price decreased from the year prior (by about $2,000, in this case).

What’s behind the recent dip? For one, couples are opting for fewer formal weddings at banquet halls, hotels and resorts, in favor of more casual celebrations. Venue is often the biggest expense in a wedding, running the average couple over $15,000. So opting for a nontraditional space like a winery, rooftop, museum or park can cut costs dramatically.

The popularity of smaller venues also coincides with a smaller average guest list, landing at 136 people in 2017. However, despite lower total wedding budgets and headcounts, the amount spent on each person has actually gone up. Couples are shelling out an average of $268 per guest to provide Instagram-worthy entertainment like photo booths, musical performances, sparklers and fireworks. (Yes, fireworks!)

Finally, while summer has traditionally been prime wedding season, fall weddings are becoming more common. Getting married in the wedding industry’s off-season can give couples more room to negotiate costs with vendors, given the lower demand on services. But the “off-season” is shrinking: September was the most popular month to tie the knot last year, followed closely by June — meaning pricing will likely rise to match demand.

So what did the average wedding cost overall? It was $33,391 last year. Of course, that number varies significantly depending on where you wed. Manhattan couples in New York City spend the most on average ($76,994), whereas walking down the aisle is most affordable in New Mexico ($17,584).

2017 WEDDINGS BY THE NUMBERS

“Couples are shelling out an average of $268 per guest to provide Instagram-worthy entertainment like photo booths, musical performances, sparklers and fireworks.”

Even outside of location or guests or season, all these numbers are just the national average. What you’ll actually spend is completely dependent on the many decisions you and your future spouse make in the planning process — ones that can help you experience one of the best days of your life on a budget that works for you. 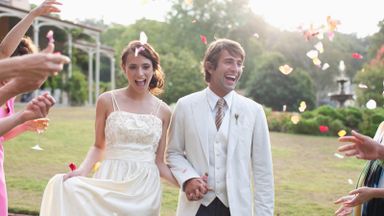 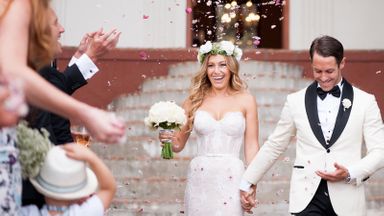 What Is Wedding Insurance and Do You Need It? 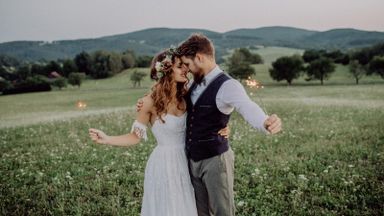