Since they bought their home six years ago, Sara and Jason Eickhoff wanted to build their dream basement — an inviting space where the kids and all their friends could come together for movie nights and a ping-pong tournament or two. Their unfinished basement was an ideal blank canvas for their aspirations, but the high cost of turning bare concrete into a party pad was making them nervous.

“We no longer know all of our kids’ friends. We wanted them to have a place where they would want to bring those people so we can kind of keep an eye on who they're with and what they’re doing, year-round,” Sara says.

The Eickhoffs have had enough savings to move forward with the project for some time. “We started saving money 12 years ago when we got married,” Jason says. “We’d been talking about the basement forever. We knew we wanted a theater and a space for entertaining.”

But like so many people, they were unsure about whether spending a portion of their savings on a project like their dream basement was the right financial choice. “We were really apprehensive about the big chunk of money. We didn’t want to take this all out and be left in the cold if something came up,” Jason says.

Then, a couple of years ago, Sara and Jason started working with Mitch Becker, a financial advisor with Northwestern Mutual. Becker helped the couple build a financial plan that consolidated savings they already had and added aspects like life and disability income insurance. The plan showed them how their savings, investments and insurance all worked together and would help them reach their goals, like paying for college and retirement. The plan also made it clear that this investment in their family wouldn’t leave them in a financially precarious position down the road.

“When we started working with Mitch, we really wanted to increase our savings and make our money work for us, but I think we also wanted to make sure that we could do the things that we wanted to do right now in addition to saving up for the future,” Sara says. “We didn’t want to feel like the money we had needed to be put away, meaning that we couldn’t enjoy anything now.”

The Eickhoffs’ financial plan showed, in clear terms, that they were on track for future goals. That critical reassurance gave them the peace of mind to go ahead and spend a big chunk of their savings on their dream basement. “Mitch showed us how we were in a really good spot. He was like, ‘You guys can certainly do this, and you won’t have to be fearful of it,’” Jason says.

"My plan was to do it all myself, but then I realized I wasn’t very good at that,” Jason says. They wanted the basement to be top-notch quality. “So we designed everything, but we hired someone to build it,” Jason says.

Today, they couldn’t be happier.

They have a home theater replete with a sound system and big TV, perfect for watching movies as they were meant to be seen. There’s a game area with ping pong and darts. The adults can take a load off during intermission at the basement bar and share a few stories of their own. And as more and more of their friends get vaccinated, the timing for the basement debut couldn’t be better. They finished the project about a month ago and are already making plenty of use of their new space.

“We’re the type of people who can quickly get buyer’s remorse. We haven’t had that at all with this because of the work we did with Mitch,” Jason says. 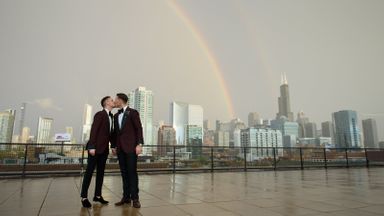 4 Things I Learned When Combining Finances With My Husband 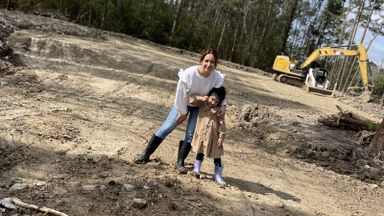 How Financial Planning Helped This Couple Build a Dream Home 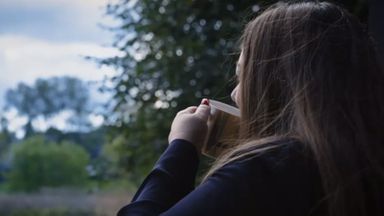 From Divorced With Little Savings to Retired in 15 Years: How This Woman Made It Happen