Alexandra Olinsky prides herself on having an affinity for saving. But like most people across the country, the onset of the coronavirus pandemic threw a wrench into her daily routine.

Olinsky lives in the Tampa, Florida, area and works as a certified registered nurse anesthetist (CRNA). Although she specializes in giving anesthesia to patients in the operating room, when the state of Florida temporarily halted elective surgeries on April 29, fewer CRNAs were needed. So a request was made for volunteers to take a three-week, unpaid furlough.

Before volunteering, Olinsky called her Northwestern Mutual financial advisor Michael Salierno to help decide if she should step away from the front lines for a bit. Now back at work full-time, she shares how taking an unexpected break gave her a new appreciation for having a financial plan.

“My mom always made fun of me as a kid because I would get birthday money and always save it instead of spending it,” Olinsky says. She also made it through undergrad and grad school without racking up a ton of student loans.

“My mother and father were really amazing at paying for most of my New York University education,” she says. “And then I worked as a nurse at Mount Sinai while I was putting myself through grad school at Columbia University. I did have a few small loans from that, but I paid them all off within six months of graduating.”

About five years ago, Olinsky waved farewell to the cold New York City winters and moved to Florida. “I definitely wanted to live where the weather is nice and warm but also wanted to be closer to my mother,” she says. “I like the idea of being here in case she needs me.”

RELYING ON HER PLAN

Olinsky started working with Salierno about two years ago. “I was looking for retirement planning advice because I don’t know much about the stock market,” she says. “He was really helpful in setting that up for me, and he’s always really available whenever I need something or I have a question.”

When presented with the furlough request, Olinsky had questions around whether it would impact more than just her salary. “I wasn’t nervous about not having enough money to weather the storm because I knew I had a solid six months of expenses saved in my emergency fund — but I still wasn’t sure if it was a good idea,” she says. “I was worried I wouldn’t keep my full-time benefits even though I had volunteered, and I wasn’t sure if it would affect anything going forward with my investments.”

One call to Salierno put her mind at ease. “I was able to reassure her that furloughing meant she’d be OK to get back to work — it wasn’t like she would be forgoing her job or quitting,” Salierno says. “We looked at her budget and figured out what her fixed expenses were, and we realized that even if the furlough stretched out to a couple of months, she wouldn’t have to dip into any of her reserves.”

Olinsky decided to volunteer for the furlough. She was able to keep her health insurance, while also receiving some unemployment benefits. “Mike showed me that I have plenty of resources, including life insurance cash value and even retirement accounts. He said if it became necessary, I could tap into those if my savings got low and explained what I would and wouldn’t have to pay taxes on if my nest egg became depleted,” Olinsky says. “I appreciated learning more about the layers in my plan and the reassurance that provides.”

KEEPING TABS ON HER FUTURE

Olinsky’s furlough only lasted for the three weeks she volunteered to take. Now her regular routine includes keeping tabs on her accounts via the Northwestern Mutual app.

“I can look at my phone and see how all my accounts are doing, including my return on investment,” she says. “It was a good decision to have Mike help set up the brokerage account for me — I remember asking him if I should be worried when the stock market took such a dive in March, but he explained I could actually take advantage of it to invest more, which has worked out really well.”

Olinsky plans to keep checking in with Salierno every six months or so. “I text him and ask if we can go over everything to make sure I’m on the right track,” she says. “I never feel like I’m bothering him and if I need to change anything, he’ll tell me how to take care of it. I really consider him to be a friend.”

All investments carry some level of risk. No investment strategy can guarantee a profit or protect against loss. This is for informational purposes and not investment advice. 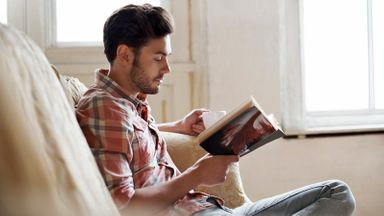 What Does It Mean to Be Furloughed? 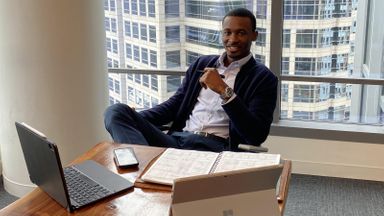 This Advisor Explains Why Smart Planning Starts With Financial Education 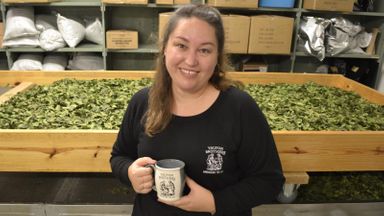