Debt: It’s the four-letter word that can wreak havoc on your finances. In our Debt Confessions series, real people share how they tackled debt — from credit card bills to student loans to everything in between — and how it felt to reach their zero-balance goals.

Here, one young professional talks about the debt wake-up call he got after graduation — no thanks to his paycheck-to-paycheck living — and the big lifestyle change he made to get his spending under control.

When Nick Gonzalez was in his teens and early 20s, he never thought much about the future. He stuck around junior college for a few extra years, treating the experience as an “extension of high school,” he says. And when he graduated from San Jose State University at age 26, he was focused on getting a job and having fun as a young professional in the city. Little did he know he’d soon get a major reality check when it came to his finances.

“I just didn’t really think too much about things at that time,” says Gonzalez, now 31. “I was living in San Jose, and it was exciting. If my friends wanted to go out to dinner or grab beers while watching the game at the bar, I was always up for it. I didn’t want a stupid car payment to interfere with how I lived my life, so I didn’t let it.”

But that social life, combined with payments on a Ford Edge as well as student loans and credit card bills, quickly caught up to him. About two years after graduation, it hit him: Even with a good job in public relations, Gonzalez was living paycheck to paycheck. “My friends would joke around about how I could never go on trips with them — that I was always the guy who said, ‘I’m broke,’ ” he says. “I finally realized, ‘I have no idea where this money is going.’ I had paid zero attention to how much money was flowing in versus out.”

Gonzalez owed $24,000 in student loans, $8,000 for his car and $1,200 on a credit card. It was time for a hard look at his finances. "I really sat down and looked at my bank statements and paychecks, which sounds simple, but it was the first time I’d ever done that,” Gonzalez explains. “I realized how quickly it adds up to get a daily $3.50 coffee here, $15 for lunch there, $40 at the bar on the weekend. I was spending hundreds a month on what was really worthless stuff.”

So for the first time in his life, Gonzalez created a simple budget. First, he took his biweekly paycheck and subtracted all of his bills to see what was left. Then, he decided he would take out only $100 in cash each week for spending on fun like dinner with friends. No swiping credit cards allowed. If he ran out of his “entertainment” cash, then he’d just have to turn down that dinner invitation. He would allow himself a little extra cash for one outing each weekend if he had something planned, but otherwise he stayed strict — if he ran out, he ran out. “Cash made me immensely more conscientious about my spending,” Gonzalez says. “Watching that money physically leave my wallet really opened my eyes to how much I was overspending before.”

After Gonzalez scaled back his restaurant habits, he realized he needed to learn how to cook — both cheaply and quickly. He also wanted to eat more healthfully. So he began scouring online recipes and found a site and app he loved: FitMenCook, which focuses on healthy habits and weekly meal prep.

Gonzalez had been spending as much as $30 a day eating out, but by cooking at home, he spends only $50 weekly on groceries. He buys items like chicken and frozen vegetables in bulk from Costco and spends about two or three hours on Sundays preparing meals for the week that reheat well: dishes like oatmeal, frittatas, chicken with rice and vegetables, and casseroles. 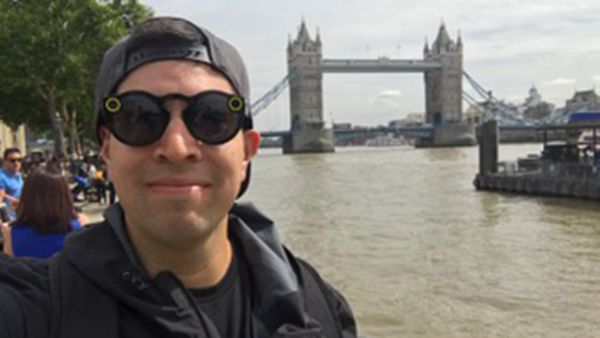 Whatever Gonzalez saved through meal planning went partially toward vacations, like a trip to London earlier this year. Nick Gonzales

The spending changes made all the difference. Gonzalez began paying more than the minimum payments on his various bills — and within two years, he had paid off his credit card and his car. “Paying off the car was such a huge turning point for me,” Gonzalez says. “It was the first major debt I paid off, which showed me these small lifestyle changes had a massive effect on my life. And not having to pay $400 a month for a car payment was huge.”

Today, Gonzalez is down to $16,000 in student loans, which he aims to pay off by 2019. Earlier this year, he achieved his dream of traveling outside the United States, visiting spots in Europe and the U.K.

While Gonzalez didn’t have to make too many major life changes beyond his eating habits and meal planning to pay down his debt, he compares the process of spending mindfully to that of dieting: “It really does require a complete change in how you look at things,” he says, “and it has to be a change that you stick to.” 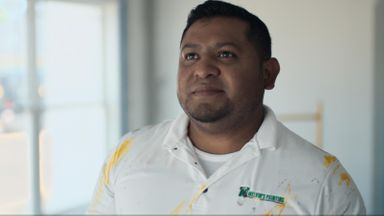 Why This Business Owner Believes Financial Planning Saved His Business 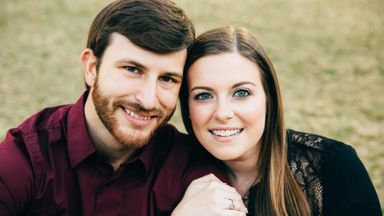