Here, a man from Jacksonville, Florida, shares how he and his wife paid down $22,000 in combined credit card debt just a few short years after walking down the aisle.

First comes love, then comes marriage — then comes tackling debt together. At least, that’s how it was for J.R. Duren and his wife, Heather, when they married in 2009. Each brought around $11,000 of credit card debt into the marriage, and they made it one of their first priorities as newlyweds to pay that down.

Although they had known about each other’s balances, “we had to come up with a plan to get rid of all that debt,” says Duren, a senior editor at consumer review website HighYa.com. So the couple put together a strategy that helped them tackle their combined balance of $22,000 in about two and a half years. Here, he describes how they paid off their credit card debt.

1. They created a budget

First, they had to get organized, which meant taking stock of all their debt. “I spent an evening doing an audit of all our credits cards, writing down each card's APR, balance and minimum monthly payments,” Duren says. This helped them get a clearer picture of exactly what they were paying and what they owed.

Next, they needed to get a sense of what they were earning and spending so they knew exactly how much they could dedicate to their debt. “We created a budget, which helped us see how much extra income we had at the end of each month,” Duren says. They started with the credit card with the highest interest rate first, aggressively paying down that balance while continuing to pay the minimums on their other cards. This helped them reduce the amount of interest they would owe in the long run.

Nobody runs a race that doesn't have a finish line. The same applies to paying off your debt.

2. They set a deadline

The Durens expected their balances to shrink quickly once their repayment strategy was in place, but over a year in, they weren’t making as much progress as they’d hoped. “We did this for about 18 months but were only able to pay down half the debt — a disappointment,” Duren explains. “So we came up with a new strategy.”

Rather than paying down their debt with whatever was leftover at the end of the month, they took a more proactive approach. They set a deadline by which to pay off their balances, knowing they’d have to come up with ways to accelerate the payoff process even further. This included sticking to a grocery budget and cutting back on non-essentials like eating out and clothes shopping.

“A deadline gives you a sense of hope, that there's an end point,” Duren says. “Nobody runs a race that doesn't have a finish line; it would be pretty pointless. The same applies to paying off your debt. A sensible deadline creates a sense of urgency and attainability without being too overwhelming.”

With the couple’s self-imposed deadline of nine months to pay off the remaining $11,000, they had to step up their efforts. In addition to the money they were already allotting to their balances, they also used credit card balance transfers to their advantage.

They opened a no-fee, cash-back credit card with a 0% introductory interest rate and transferred the bulk of their balances to the new card. While there was a small transfer fee, the cash bonus they got for opening the card covered this cost. Paying no interest on their debt meant that their monthly payments went directly toward repaying the principal, which expedited their debt paydown.

As the Durens neared their debt-payoff deadline, there was one big thing that kept them motivated: planning the trip they were going to take to celebrate finally being debt-free.

When their last debt payment was sent in March 2012, they took a weekend getaway to their favorite hotel in Tampa, Florida (paid for with credit card rewards, no less), even bringing along their in-laws to celebrate with a nice dinner and some much-needed rest.

And with the money they were previously putting toward their debt now freed up for other goals, they were able to not just visit but move to Europe the following January. Now, after returning to Florida, they have a mortgage and two kids and are working toward new goals, like building their retirement nest egg and saving for their kids’ education.

Achieving such a big financial accomplishment together early on allowed the Durens to start their marriage off as a united team. Says Duren, “It gave us a shared goal that we could work together on and served as a precedent for our financial future, in that I think we believed anything was possible.” 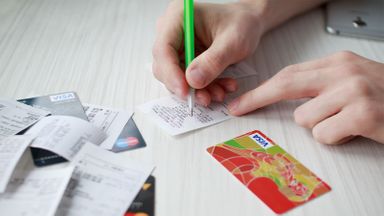 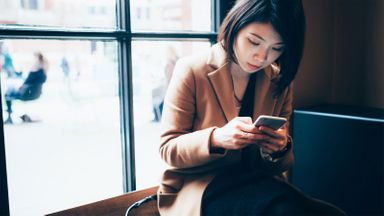 How to Manage Debt in 7 Steps