The calendar turning to January naturally prompts many people to reflect on the highs and lows of the past year — with embarrassing career moments likely popping up in the latter category. If you found yourself putting your foot in your mouth over email or IM last year, read on for advice from two etiquette experts on how to avoid common online workplace communication mistakes — and start this year off on the right foot.

In our increasingly digital world, face-to-face — or, at least, voice-to-voice — communication still has several advantages. When you see or hear someone, you can pick up on subtle facial or vocal cues that just don’t translate via text-based missives.

Many people worry that their business emails can sound harsh or unfriendly unless they include exclamation points.

“It definitely can be hard sometimes to make sure you don’t sound overly emotional or unprofessional,” says Bonnie Tsai, founder and director of Beyond Etiquette. “I would suggest sticking to one exclamation point per email. It will show your excitement in communicating with them, but also indicates that you’re calm and professional."

Nick Leighton, founder of the etiquette podcast Were You Raised By Wolves?, concurs.  “If you're worried about coming across as harsh, it’s best to change the rest of the words in the email,” Leighton says. “Don't just throw in an exclamation mark and think that'll soften the blow.” But he adds that it’s acceptable to limit yourself to just one exclamation mark per email, preferably at the end, such as a quick "Thanks!" before you sign off.

SAVE EMOJIS FOR YOUR FRIENDS

“Emojis should never appear in formal work correspondence,” Tsai says. “Neither should memes — as funny and entertaining as they may be, they can be misinterpreted or appear unprofessional." An exception would be if you have an extremely close relationship with the recipient and you're certain they’ll understand what you mean. Or, if you’re corresponding with close work friends, Tsai says it’s OK to include a smiley face or thumbs-up emoji.

Leighton’s view on emojis is more cut-and-dried: “I've never seen an emoji in a work email that made me respect the person more afterward,” he says. “The rules are looser in texts, but if appearing professional is the game, use full sentences with correct capitalization and punctuation in your texts, too.” And don’t neglect common courtesies such as saying "please” and "thank you,” which Leighton says can ensure an innocuous message does not come across as harsh or demanding.

If you’re nervous about sending an email that sounds unkind, Tsai suggests reading your email out loud, which can help you check the tone. “If it sounds harsh, it might be,” she says. “Never write an email when you’re angry or upset. Even if sending that email will make you feel better in the moment, it’ll do more harm for you in the long run. Make sure you’re calm, clear and concise in what you’re trying to communicate.”

When your project is on hold because you are waiting for a needed reply, you may have no choice but to press a colleague for an answer. Tsai advises starting follow-up emails with an open-ended question such as: “Did you have an opportunity to look at what I sent you earlier?” This approach tends to be more productive than accusing someone of forgetting about your email, and it’s possible that they were preoccupied with other projects that had a higher priority.

Tsai also estimates that you get three chances to follow up with someone before you give up. "You can wait a few days to a week or more to follow up with them depending on how urgent you are in needing their response,” Tsai says. Leighton simply recommends asking yourself, “What would you like to see happen if the situation were reversed?”

If you wouldn’t post it on a bulletin board, don’t send it.

RESIST THE TEMPTATION TO GOSSIP

Participating in office gossip can be tempting — especially when digital messages are flying back and forth on IM or email. But just because no one can overhear you doesn’t mean whatever you write won’t get out. Tsai warns that your messages should never include anything that’s rude or disrespectful since work correspondence is generally company property. Think of your work emails as public documents. "If you wouldn’t post it on a bulletin board, don’t send it,” Tsai says. “You never know who will see it.”

But what if you did gossip and made the dreaded mistake of sending your vent session/rumor/complaint to the person you were talking about? Leighton urges that not panicking is key: “It's generally best to jump on the phone or see them in person to apologize." In other words, say "I'm sorry," take responsibility, don't make excuses and promise that it won't ever happen again.

"Although we've had a few decades to figure it out, there appears to be some confusion about how cc, bcc and reply-all work with mass company-wide emails,” Leighton says. If you're sending a mass email, he suggests you send it to yourself and put all the recipients in the BCC field. This way, people can’t reply all and inconvenience everyone else — they will only be able to reply to you. In the reverse situation, try replying only to the sender.

Tsai recommends being mindful of who needs to receive your email — especially if it’s not essential information. “Not everyone needs to know you’re going to be five minutes late to a meeting,” she says. “If you are running late or traveling, one person can share that information with others for you.” 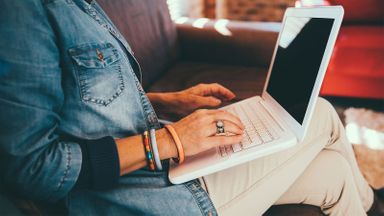 How to Write the Perfect Email 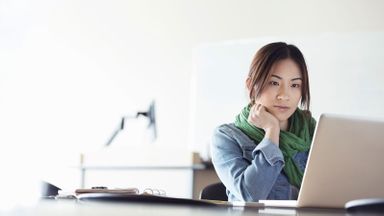 How to Make Sure Email Doesn't Take Over Your Day 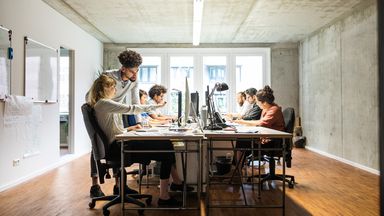 Are These Mistakes Keeping You From Getting Promoted?