According to Northwestern Mutual’s 2018 Planning and Progress Study, 9 in 10 Americans say nothing makes them happier and more confident than knowing their finances are in order. At the same time, nearly half say money is the dominant source of their stress, outweighing tensions from personal relationships and work.

And it’s not as if the solution to our financial anxieties is complicated: save more, pay down debt, contribute more to retirement accounts, etc. In theory, achieving a better financial self is simple. In practice? Well, that’s another story.

There’s a rift between knowing what’ll make us happier, and making ourselves happy. But it’s not necessarily due to lack of character or will. In many ways, our brain’s hardwiring makes it harder to achieve our financial goals. Fortunately, the brain is wonderfully malleable, and by hacking a few of its quirks, you’ll find it’s easier to reach a state of financial bliss.

We’re our own worst enemy, but it’s for our own good. Humans (and many animals) naturally remember negative experiences while easily forgetting the positive ones. For our ancient ancestors roaming the wilderness, this made a lot of sense: Touch a scorpion and get stung once, you never, ever want to forget that moment. Scientists have a term for this: negativity bias.

But in today’s far more complex — and far less dangerous — world, negativity bias still shapes our perception. Nowadays, those scorpion stings are missed bill payments, regrettable purchases or getting passed for a promotion. If you’re trying to build your financial house, negativity bias may be holding you back.

Fear, anxiety, insecurity: These are the dominant feelings Americans associate with money.

The first step to overcoming this bias is to simply acknowledge that it exists. Allow yourself to make mistakes, and practice a little self-compassion. No one is perfect, and if you cut yourself some slack you’ll build resilience and optimism. Praise the positives in other people, rather than focusing on their weaknesses. Make a point to express gratitude for a few things each day.

Would you rather have $15 today, or $30 sometime next year? If you’re like most people, you’ll take the $15 today. A bounty of economics and behavioral research studies have shown that people tend to place less value on the future than the present. Called the hyperbolic discounting effect, it’s the reason $15 today feels better than $30 in a year. It’s a big reason saving for retirement can be challenging.

Evolutionarily speaking, the tendency to favor “right now” over “someday in the future” also makes sense. If you’re hunting for food, you wouldn’t let a skinny boar run free in the hopes you’ll find a fat one later in the day.

Here’s the easiest way to combat this common bias: Forget about the future while, at the same time, tending to the future. Have a portion of your paycheck automatically diverted into savings and retirement accounts, and automate your debt repayments. That way, you don’t get the chance to “hold” that money in your hand and let the whims of the day determine how it’ll be spent.

Another way is to make the future personal. Linking future rewards to personal events (child’s graduation, 50th wedding anniversary, etc.) decreases the amount we discount the future. In one experiment, participants were more apt to delay monetary rewards if they viewed age-progressed photo renderings of their face. By making the future personal, it can make planning for it more salient today.

Dopamine is commonly misconstrued as a “pleasure molecule” but it’s really the molecular mediator of desire and motivation in the brain. When a coffee-drinker anticipates a reward, say, getting a whiff of freshly brewed coffee, the levels of dopamine in their brain will rise, spurring action to pursue that reward — a cup of coffee. If that cup of coffee is enjoyable, elevated dopamine levels signal that person’s brain to seek out more coffee in the future. The dopamine rush is part of what makes addictions so hard to snap. It also can be key to accomplishing your financial goals.

When thinking about their financial picture, people will set goals like “save $2 million” or “pay off all student loans.” These are big, broad goals that won’t be achieved tomorrow. They’ll take some time, and that means the reward (dopamine rush) won’t come until the very end. Instead, hack the brain’s chemistry and set miniature goals that ultimately get you to the promised land, but will also give you plenty of dopamine shots along the way.

Rather than “pay off all student loans” tell yourself, “I will only watch a new episode of my favorite show if I pay an extra $50 on my student loan balance that week.” Over time, you’ll train your brain’s reward system to crave sending that small loan payment, because you’ll know a new episode of The Handmaid’s Tale is on the way.

A MIND OF YOUR OWN

Rising health care costs, financial emergencies and low wages are the top money concerns for most people who were surveyed by Northwestern Mutual. No doubt, these things can be scary and are sometimes out of our control. However, recognizing the neuroscience underpinning some of these fears can be a crucial first step in achieving the financial peace of mind that 90 percent of us are seeking. 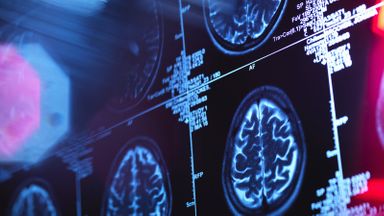 How Managing Your Money Affects Your Brain 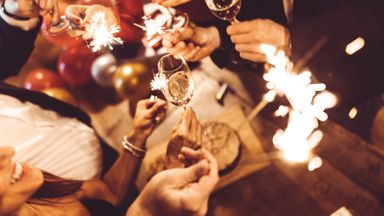 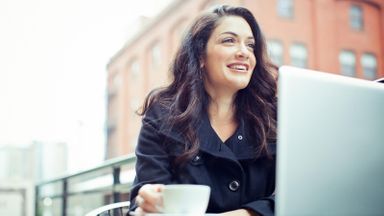 6 Ways to Feel Less Stressed About Your Finances