When it seems like there just aren’t enough hours in the day, something’s gotta give in order to squeeze in all the work, family, social obligations and to-do list items. And typically, that “something” is sleep. Unfortunately, cutting back on the zzz’s doesn’t just have an impact on your mood and overall well being; it can have a negative impact on your career, too.

While there’s no magic number as to precisely how much sleep an adult should get, researchers’ general consensus is that we need seven to nine hours per night in order to be adequately rested. If hitting that mark sounds like a fantasy, you’re hardly alone: Nearly 40 percent of adults in the U.S. say they don’t get enough sleep, according to the Centers for Disease Control and Prevention. It’s easy to pinpoint how a lack of sleep affects our personal life, but what about our careers?

YOU’RE MORE LIKELY TO HAVE ACCIDENTS

Catastrophic events such as the Exxon Valdez oil spill have been blamed, at least in part, on workers who did not have adequate sleep. While it might seem like you’re not at risk for such an event, decision-making ability, reaction time and judgment are all impacted by sleep. Plain and simple: Sleepiness causes accidents in the workplace and beyond.

GET READY TO RACK UP THE SICK DAYS

A number of health problems are associated with not getting enough sleep: heart disease, heart attack, stroke, diabetes and obesity, just to name a few. But long before those diagnoses are made, your immune system is taking a hit and the likelihood of catching the office cold or flu skyrockets, as does the ability to quickly recover from such illnesses.

DID YOU REMEMBER TO SEND THAT EMAIL?

Feeling forgetful and not as sharp? Don’t be quick to chalk it up to having lots on your plate; if you aren’t getting the recommended seven-to-nine hours of sleep per night, odds are lack of sleep is making you forgetful. This can contribute to workplace errors both small and large, so consider the risks before pulling anything resembling an all-nighter. Good sleep equals good memory.

Nearly 40 percent of adults in the U.S. say they don’t get enough sleep.

On paper, it seems like it would be hard to compete with someone who is part of the “sleepless elite,” and able to function on only a handful of hours per day, especially if it allows them to clock extra hours in the office, or log more facetime with the boss. But the reality is getting adequate sleep gives you the edge because a rested brain allows for better memory retention, the ability to make quick decisions, motivation and mood. When you’re not well rested, the odds of being able to rise above the rest and make valid arguments — perhaps even for things like a raise or vacation time — dwindle.

Studies also show that when you’ve been awake for 17 hours, the impact on your cognitive functioning is the equivalent to a blood alcohol level of 0.5 percent. As one doctor put it, “You wouldn’t go to work drunk, so don’t go to work tired.”

If the above sounds too familiar and you’re hoping to make a change, consider the following: 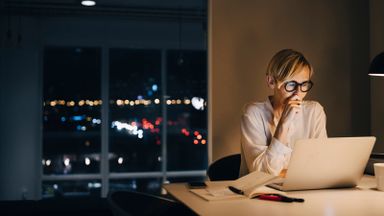 3 Ways Stress Can Affect You at Work 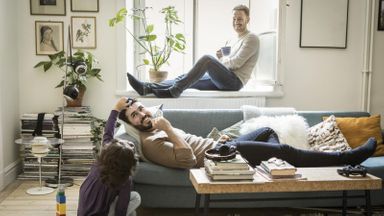 How to Deal with Quarantine Fatigue 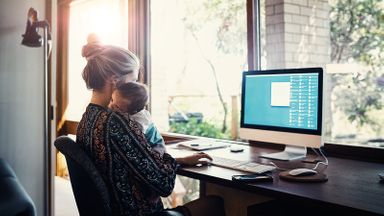 8 Productivity Hacks for Working From Home With Kids