Who knew you could learn about money at a fast food chain? That’s where Didier Occident made his first big money mistake that earned him a lecture from his father — and helped set him on a course to become a financial planner.

Today, Occident is a financial advisor for Northwestern Mutual in Richmond, Virginia. He and his wife, Sarah, have a young son and daughter, and now it’s their turn to teach their children about money. He’s avoiding food lectures — for now.

My dad taught me to make saving a priority, not something that comes secondary. And he taught me to never pay full price if I didn’t have to. In fact, that was my first money lesson. I remember it distinctly. I was 11 years old, and we were on a trip to see family in Montreal. My cousins and I went to get McDonald’s. We didn’t get value meals. We just picked what we wanted.

When we got home, my father looked at the food and asked what we’d paid. He started lecturing us for the next 20 minutes about how we could have gotten the same meal more economically. I think we could have saved something like $10. By the time he was done our food was cold, and we didn’t want to eat it.

He was always looking for a lower price, but he also wanted to learn as much as he could about money. He was a chemical engineer — he put himself through a five-year chemical engineering program in four years after immigrating to the U.S. But he also got his MBA when I was young so that he could have a better understanding about how money works.

I remember him watching the News Hour on PBS the night of the ’87 stock market crash. He kept explaining everything that was happening. That’s really where I started to get interested in money and finance.

And both of your parents are immigrants?

Right. My father’s an immigrant from Haiti. He came to the U.S. in 1972. My mom immigrated from Barbados in 1971. They both speak French and that’s how they met. She was reading a French magazine on a bus, and my dad struck up a conversation in French.

They got married and moved to Philadelphia, where I grew up. They have such an amazing story, coming here and building a great life for us. They worked hard and despite hurdles in my dad’s career, some of which had to do with his race and where he was from, they managed to send me to a top prep school. You appreciate that a lot when you’re older.

What are you teaching your own children about money?

Lucie is 5, and Lonnie is 2. I hope to teach them to value money, but also to know that it’s not the only thing in life. So far, we have given them a piggy bank, and when they get money they enjoy setting some of it aside in the bank. We talk about how it takes hard work to be able to afford nice things.

They’re also learning that when they see something they want at the store, we don’t always get it right away. I explain that I’m going to look online to see if I can get a better deal. That part of my dad stuck with me.

What has been your most satisfying moment as an advisor?

I recently got a call from one of my clients. She was in tears and had called to say, “Thank you.” She had been diagnosed with cancer and had to miss work. Because of the planning we had done, her family didn’t miss a beat from a financial perspective. They were able to stay in their home, pay their bills and not worry about money.

She has recovered and returned to work, and they’re still on track financially. It’s very satisfying to know they are OK because of the work we had done.

“I hope to teach my kids to value money, but also to know that it’s not the only thing in life.”

Aside from my parents, Jerry Rice and Michael Jordan. They were my favorite athletes when I was growing up. And now that I’m older, and I’ve learned more about how they did it, I have such an appreciation for how hard they worked and how their biggest competition was themselves. They were obsessed with constantly being their best and getting better. That’s something that I try to emulate in my own life.

I spent $20 on a pair of sweatpants for a Halloween costume in college. They are the most comfortable pants ever. I still have them today and they’re in great shape! I even sleep in them.

I'm a big Florida State fan. I was a 49ers fan growing up, and as a kid, I thought Florida State was the “college version” of the 49ers because their uniforms looked similar. I’ve loved them ever since. I get to about 10 games every year. I’ve even become good friends with some of the former players, and a few are clients of mine now. 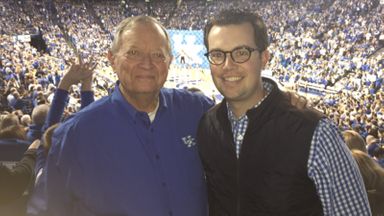 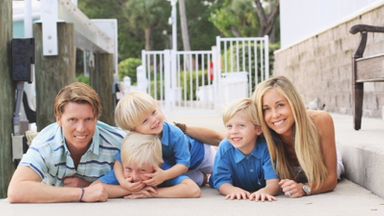 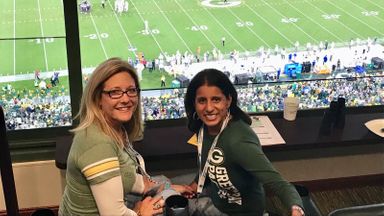