Debt seems to be a routine part of American life. We go into debt to buy homes. We take out loans to get a new car. Many young people are saddled with student debt. And we rack up credit card debt paying for everything from lattes to travel.

According to the Federal Reserve, American consumers owe $12.5 trillion, more than at any other time in history.

It feels good to get what you want in the moment. But eventually the bills start coming. That good feeling starts to go away. In fact, research shows that too much debt can actually make you depressed and more likely to get sick.

The credit card debt-depression link is strongest among unmarried people, those without college degrees, and people approaching retirement, according to a study published in the Journal of Family and Economic Issues. Researchers from the University of Wisconsin-Madison found that as people’s short-term debts grew, their symptoms of depression tended to increase as well.

However, while the study found a link between short-term debt and depression, there wasn’t a link when people had longer term debts like student loans or mortgages. That may be because those debts are generally considered good as they provide a long-term benefit.

Is your debt making you sick, too? One study found that “high financial debt relative to available assets is associated with higher perceived stress and depression, worse self-reported general health, and higher diastolic blood pressure.” In other words, the worse your debt, the worse your health.

The associations held constant even when researchers controlled for physical health, prior socioeconomic status, psychological and other demographic factors.

As you make progress toward getting out of debt, celebrate.

If you feel like your debt is depressing you, here’s what you can do about it. Getting out of debt can be as easy as taking a few simple financial steps.

Make a list of all your debts. Include details about how much you owe and how much you’re paying in interest. You’re going to want to identify the debts that have the highest interest rates. Look for opportunities to refinance those debts to get a lower rate. If you can’t do that, you’ll likely want to try to pay those down first. Debts like home mortgages or debts with low interest rates should be less of a priority (but make sure to make the minimum payments on those).

Next, make a budget. You need to know what’s coming in each month. This is where you’ll probably need to make some adjustments to make sure you have enough money for the things you really need as well as money to pay down your debts.

Put some rules in place to dictate how you will use credit cards in the future, so that you don’t keep piling on debt. For instance, you might decide to only use credit cards for emergencies, or to only charge what you can pay off in full each month.

Finally, as you make progress toward getting out of debt, celebrate. Give yourself permission to spend on something you want to help reward yourself and stay motivated. 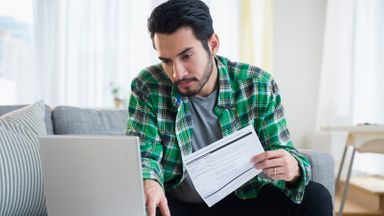 Debt Snowball vs. Debt Avalanche: Pros and Cons of Each Repayment Strategy 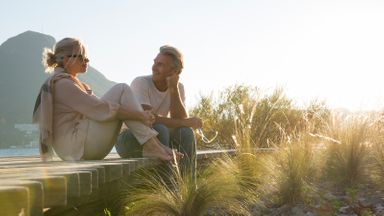 How to Manage Debt in Retirement 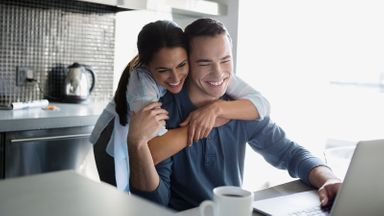