The fatter paycheck. The bigger office. The increased authority to make decisions ...

To most people, moving into a management role seems like a natural rite of passage when climbing the career ladder. But for all its impressive-sounding perks, joining those ranks may not necessarily upgrade your job satisfaction: According to a 2015 Gallup poll, only 35 percent of U.S. managers actually feel engaged in their jobs.

As the numbers attest, not everyone is cut out for management, or will actually enjoy having the increased responsibilities that come with a more impressive title. So how can you tell whether you’ll love being a manager — or want to go scrambling back down the ranks as fast as possible?

For starters, you need to decipher what your job will really entail; opportunities that sound impressive on paper may end up not being all they’re cracked up to be. So we rounded up five big questions you should be asking your HR rep or hiring manager before you say yes to the new job — because a move up the corporate ladder won’t always be the step forward you want it to be.

1. WILL I ACTUALLY BE MANAGING PEOPLE?

Many people may assume that a management title means you’ll be, well, managing others. But sometimes a role will be more about managing processes than managing actual direct reports.

“It could be thought leadership or team leadership or people management or project management,” says Leigh Steere, co-founder of human-resources research company Managing People Better. “Ask questions to understand the scope of the proposed role so that you have an accurate, comprehensive picture and realistic expectations.”

If you discover that you’ll have more responsibility but few (or no) direct reports, Steere says, you’ll need to probe further to discover how your time will be spent. “Ask about the types of decisions you’ll be involved in as a manager, which meetings you’ll attend, if you’ll be involved in the budget,” she says. Steere even suggests asking if you’ll stay in your current work space, lest you assume being a manager means moving into a cushy office — or even one with a door.

Trivial as some of these details may seem, they can help you determine whether the management role is superior to a non-management title based on what you value professionally. If you’ve loved your job as a hands-on graphic designer for years, for example, but would now have to spend most of your time on conference calls or doing client pitches, your job satisfaction may suffer. If the role does manage employees, Steere says to ask more specifically about how much autonomy you’ll have leading the team, and what kind of training and development you’ll be given to hone your management skills.

And if your proposed role is in a start-up with a fluid organizational chart or your company adheres to matrix management (meaning there are dual reporting structures within cross-functional teams), be clear on how the responsibility over your reports will be divided.

“I recently worked with a company where two or three different people were managing each employee. The employees didn’t know how to prioritize, and each manager assumed the other(s) took care of the management tasks. There needs to be clarity on who is responsible for pay decisions, performance coaching and setting performance expectations,” Steere says.

Whether you’re managing budgets, presenting to the C-suite, networking or maneuvering office politics, there’s likely to be one constant across any management position: Your schedule will be a lot more packed.

That being the case, you have to know what your average day will look like. Will you be in meetings nonstop? Will you be asked to make on-the-spot decisions all day long? How many fires or urgent requests will fall into your lap each day?

“There is a premium on my time and where my attention goes in terms of real dollars and opportunity costs … and it’s fantastic for someone like me who likes formulating the big picture and directing the moving pieces,” says Chad Modad, a managing director at a Houston–based software consulting firm. “[But] sometimes I really miss just sitting down and building something from beginning to end.”

Indeed, Modad says, it’s often hard to block off more than an hour at a time to focus on things like presentations, strategic planning or employee development plans. If that sounds more nerve-racking than exciting, you may want to reconsider that future management role, suggests Steere.

“If interruptions bother you, that's a signal you may prefer individual contributor work and may find people management stressful and/or distasteful,” adds Steere.

3. HOW WILL MY PERFORMANCE BE MEASURED?

Kathleen Steffey, CEO of Tampa, Florida–based Naviga Recruiting & Executive Search, says you should ask detailed questions about exactly what metrics you’ll be measured on, such as your department’s revenue or profitability. “There isn’t a right answer, but it’s an important one. [For example,] revenue is the top-line number, which means it’s greater than the margin,” Steffey says. “If you’re only being measured on profitability, which would be a lower number, then you need to make sure your compensation program is designed to meet your needs.”

You’ll also want to be clear on departmental profit expectations as well as budget-trimming requirements before you take the job, says Modad. If expectations are too high or performance timelines too tight, you may want to pass on the promotion.

Steere says you should also ask whether employee feedback is used to assess a manager’s performance — if it is, you have to be ready to inspire your team, give them the coaching they need, provide adequate direction and be able to monitor without micromanaging.

If the thought of potentially basing your raise, your bonus or even your whole job on your team’s performance sounds scary, take heed before accepting that manager role. “To succeed as a manager, you need to care about getting great work done through others, as opposed to focusing on your own personal output,” Steere says.

4. HOW MUCH SAY WILL I HAVE IN PERSONNEL DECISIONS?

Not having control over who is on your team, or the amount of training and development you can offer them, can be a source of frustration to a manager.

So it’s important to “ask whether you have the authority to place an employee who is underperforming on a performance improvement plan, to move an employee into a role for which you think they’d be better suited, or to promote a top performer — and [be sure to understand] how those processes work,” says Steere. For instance, forced rating systems to determine things like bonuses or compensation may limit how much you can reward someone.

Also, remember that control over hiring likely means control over firing — a difficult decision you may find yourself making as a manager. Modad says the ability to develop a hard-working employee still makes him feel elated after four years in the executive ranks, but he feels it in the pit of his stomach when he has to fire or lay off someone. In fact, he says staying positive in tough times is one of the most difficult aspects of being a manager.

Ultimately, what you want is to be able to agree with the company’s approach to leadership. “Does the organization feel that people inherently want to do a good job — or [does it believe] that they are lazy and need to be managed as such?” says Modad. Based on what you hear, consider how confident you will feel in going to bat for your staff with other leaders, or in communicating the corporate mission to your employees — even if raises aren’t granted or jobs are eliminated.

5. WHY DID THE PREVIOUS MANAGER LEAVE?

A company is only as good as its executive leadership, so it behooves you to figure out if you’ll be supported by your higher-ups. One way to do some detective work is to inquire about why your predecessor headed for the exit, and how long it took them to do so.

If, for instance, their departure was swift, it could be a sign that the C-suite had an unrealistic timeline for results. “Does the employer understand [you’ll need to] ramp up and learn about the business, or do they expect someone to jump right in and impact revenue immediately?” Steffey says. Asking what your 30-, 60- and 90-day goals are can also provide more insight on this.

Another telltale sign a management role isn’t all it’s cracked up to be? High turnover. Steffey even suggests checking out the LinkedIn profile of a predecessor to see if they had a good tenure and track record previously. If they did, that raises the question of whether the company will really be supportive of you. “[That can be] a discerning moment for the candidate to determine if the company knows what it’s doing, or if it’s just too hard on an executive,” she says. “Do they give a person the right tools to be successful?” 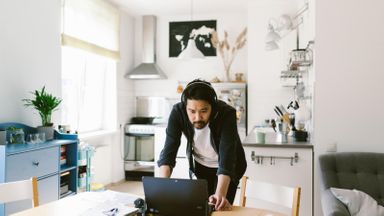 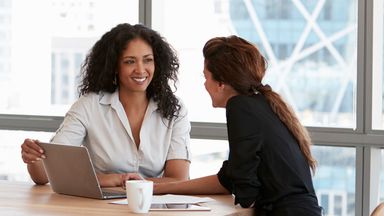 How to Ace Your Annual Performance Review 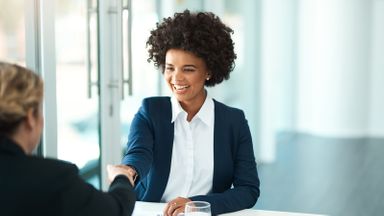