The markets put together another strong week, even as the Federal Reserve raised rates 75 basis points at its meeting on Wednesday and initial estimates of gross domestic product (GDP) showed the U.S. economy contracted by 0.9 percent in the second quarter. Earnings results reported during the week and throughout the current earnings season have been strong as a whole and have buoyed Wall Street’s view of the overall business climate. The negative GDP reading was the second in as many quarters, with the U.S. economy shrinking 1.6 percent in the first three months of the year. The back-to-back quarters of negative economic growth meets the generally accepted technical definition of a recession; however, the National Bureau of Economic Research, which has the final say, uses more nuanced criteria when determining whether a slowdown meets the threshold of recession. Regardless, the GDP estimate released by the U.S. Bureau of Economic Analysis is the latest in a string of reports highlighting that higher interest rates are having the intended effect of slowing demand.

While a shrinking economy is often seen as a negative, it is an unpleasant necessity in the battle against inflation, as we’ve noted in recent commentaries. Federal Reserve Chairman Jerome Powell said as much during his remarks following the announced rate hike, noting that reining in inflation is key for the long-term health and stability of the economy. And while the latest personal consumption expenditures (PCE) index reading from the Bureau of Economic Analysis showed month-over-month headline inflation in June was up 1 percent and the core reading rose 0.6 percent, we continue to see signs that slowing demand is helping right the supply/demand imbalance that has fueled upward price pressures.

For example, wholesale inventories rose 1.9 percent month over month and are up 25.2 percent year over year, according to the latest report from the U.S. Census Bureau. Likewise, retail inventories grew 2 percent from the previous month and are up 19.9 percent from the same point last year. As sales slow and inventories continue to climb, we expect price pressures on goods to moderate. Similarly, higher interest rates are pouring cold water on the housing market. The latest data released by the Mortgage Bankers Association shows that mortgage applications for purchases and refinance loans were down 1.8 percent from the prior week and are at their lowest levels since February 2000. New home sales fell 8.1 percent, according to U.S. Census Bureau data, to an annualized pace of 590,000 in June, compared to an annualized rate of 642,000 the prior month. The current rate is also at the lowest level in two years and well off the pace of 1.04 million in August 2020. For further context, the annualized rate of new home sales was 839,000 at the end of 2021. Additionally, the median sales price of a new home rose 7.4 percent from the same period last year, which was the smallest annual gain since November 2020.

Although recent economic data has weakened and reported inflation as measured by both CPI and PCE remain elevated, the market is seeing signs that inflation is set to fall in response to economic softening. This growing sense that inflation is reaching a turning point is reflected in market expectations of how high the Federal Reserve will raise rates going forward. In mid-June, investors were forecasting a 4 percent Fed Funds rate; expectations now point to a rate of 3.25 percent when the tightening cycle is complete.

While most eyes were on the Federal Reserve and the GDP reading for Q2, here are some other data highlights for the week.

Mixed news on earnings. Several bellwether companies reported earnings this week, and the results suggest that the impacts of inflation and slowing demand are being felt differently throughout the economy. Coca-Cola reported better than expected revenues and earnings this week despite noting it faced higher costs for materials such as aluminum. Retail giant Walmart provided weaker than expected sales guidance for the rest of the year as it singled out inflation as a headwind for its customers.

With 277 of the 500 companies in the S&P 500 announcing quarterly results as of late last week, 73 percent reported better than expected earnings, and 60 percent reported revenues that beat consensus estimates. The aggregate earnings beat has been 4.14 percent. Strength has been broad, with only the real estate sector posting weaker than expected results. Additionally, while future expectations have been revised downward, the revisions have been relatively mild.

Shipping costs continue to sink. Freight rates for the Drewry World Container Index benchmark for 40-foot container rates dropped 4.3 percent in the week ended July 20 and were down 28 percent from the same period last year. The index is composed of spot rates for eight major shipping routes that account for much of world shipping. As shipping bottlenecks continue to ease, we expect further softening of freight costs for goods.

Monday: The Institute of Supply Management will release its Purchasing Managers Manufacturing Index for July in the morning. We will be watching for signs of further softening of demand as well as the latest on supplier deliveries and prices paid by manufacturers for inputs.

Tuesday: The Bureau of Labor Statistics will release its Job Openings and Labor Turnover Survey report for June. The comprehensive report will provide a clearer picture of the health of the labor market, including job openings and quits data.

Wednesday: Investors will get an update on demand for services when the Institute for Supply Management releases its latest data on the services sector. We will be watching the report for evidence that the trend toward spending on services continues.

Friday: The Bureau of Labor Statistics releases the July Jobs Report. We will be watching to see if more workers have entered the workforce, as we continue to view increased labor participation as a crucial element in reducing upward wage pressures for businesses. 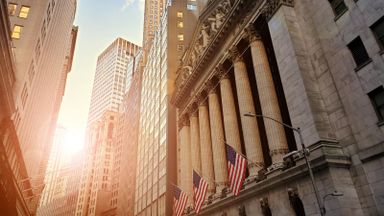 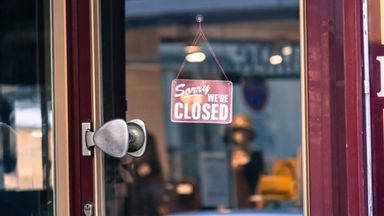 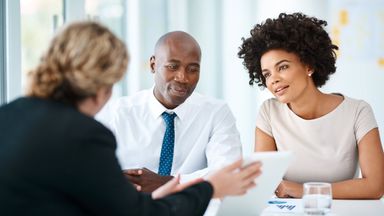 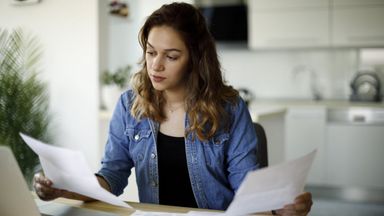