The major indices ended the week with a thud amid increasing worries that the Federal Reserve will go too far with rate hikes and push the economy into recession. The renewed concerns were in response to Federal Reserve Chairman Jerome Powell’s comments at the annual central bankers meeting in Jackson Hole, Wyoming, on Friday. Powell broke no new ground in his remarks, and instead reiterated his stance that the Fed is 1) attempting to moderate demand to allow supply to catch up and 2) monitoring inflation expectations to ensure they remain anchored. He was more direct about the Fed’s commitment to tamping down inflation, saying it is prepared to continue its aggressive rate hike posture for as long as needed, even if it causes pain for the economy and households.

While Chairman Powell’s comments were largely consistent with other statements he’s made during the past several weeks, they were viewed in a different light cast by recent data that indicate the Fed’s rate actions over the past several months have already made a significant impact on demand, and inflationary pressures have eased as a result.

The Federal Reserve Bank’s board of governors is focused on moderating demand to allow supply to regain the footing it lost during COVID. As we’ve noted during the past several weeks, those efforts have been effective, and reports out last week build on that trend.

Personal spending as measured by the Personal Consumption Expenditures Price Index (PCE) rose just .2 percent on an inflation-adjusted basis in July. Demand has slowed over the past few months, with inflation-adjusted spending in the latest report up 2.2 percent compared to the same period last year as goods spending has dropped off markedly — up a modest .4 percent year over year. Consumers instead are putting money toward services, which saw a 3.4 percent increase from the same period last year. Demand has slowed; this reading is well below the 6.5 percent year-over-year level that we saw as recently as February 2022, and the 6-7 percent (and more) year-over-year growth in spending that took place for much of 2021.

Housing is another area where rate hikes by the Fed have had a significant and immediate impact on demand. New home sales plummeted 12.6 percent to a seasonally adjusted annualized rate of 511,000, according to the latest report from the U.S. Commerce Department. That marks the lowest level in more than six years — and is a 51 percent drop from the post-COVID high of 1.036 million units in August 2020 — and is down 39 percent from the beginning of 2022. For further context, the record pace for new home sales was 1.389 million at the height of the housing bubble in 2005.

As demand cools, reports out last week point to budding momentum in the Fed’s fight against inflation. PCE, the Fed’s preferred measure of inflation, showed prices in July were down .1 percent from the prior month. On a year-over-year basis, prices were up 6.3 percent, compared to June’s 6.8 percent reading. Core PCE, which excludes gasoline and food, was up .1 percent from June but still below Wall Street expectations. On a year-over-year basis, Core PCE was up 4.6 percent. Compare that to June’s numbers, when core prices rose .6 percent from the prior month and were up 4.8 year over year. While the report offered evidence that the Fed’s actions were making their mark on prices, it also suggested there remained room for improvement.

During his speech, Powell mentioned the hot labor market as one area in which demand has not slowed. But this Friday’s Non-farm Payrolls report could change that narrative. Expectations are for a robust 300,000 gain in jobs following last month’s 528,000 increase in positions. However, we believe those expectations may overshoot the mark. As we’ve noted recently, a significant gap has opened between the Bureau of Labor Statistics’ Nonfarm Payrolls report and its other measure of employment, the so-called Household report. During the past four months, the Nonfarm Payrolls measure has pointed to 1.7 million new hires, while the Household report registered a loss of 168,000 jobs. With the exception of the early months of COVID, the current difference between reports is the greatest in data back to 1957.

We believe this disparity will be settled with the employment picture weakening. Both the ISM and S&P Global PMI surveys — as well as the Conference Board’s labor differential, which measures the difficulty of getting a job — suggest it will, which should have the impact of easing wage pressures. Stubborn high wages have contributed to cost pressures for businesses and have allowed consumers to continue spending in the face of elevated prices. If jobs become scarcer, wage increases should flatten, causing further downward pressure on demand.

Easing home prices: The latest report on home prices out last week from Black Knight Mortgage, a mortgage software and analytics firm, shows housing prices slipped .77 percent in July, which marks the largest decline since January 2011. The pullback is also the second largest since 1991 and trails only the .9 percent decline seen in July of 2010 during the height of the Great Financial Crisis.

Slowing cost pressures and improving inventories: Preliminary readings from the S&P Global Purchasing Managers Index show manufacturing input costs rose at the slowest pace since January 2021. Similarly, prices charged on PMI services rose at the lowest rate since March 2021. The reduced cost pressures translated to good news for end consumers as the report showed the smallest increase in prices charged for manufactured goods in the past 18 months. Equally encouraging was the reading for delivery times from suppliers, which came in at the lowest level in more than two years.

While the report showed U.S. manufacturing still expending, the reading was 51.3, down from 52.2 in July and at the lowest level since June of 2020. The Services index registered a second consecutive month of contraction, coming in at 44.1 for August, off July’s reading of 47.3. It is worth noting that the Services index includes the real estate industry, which has seen a dramatic drop-off in activity as mortgage rates climbed above 5.5 percent in response to the Fed’s rate hikes. 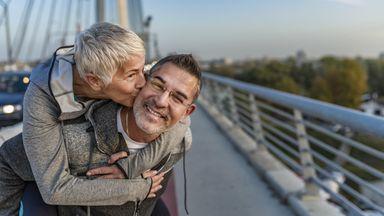 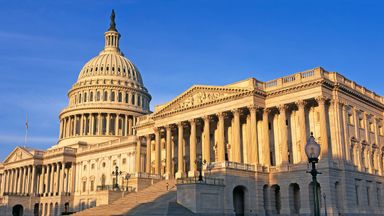 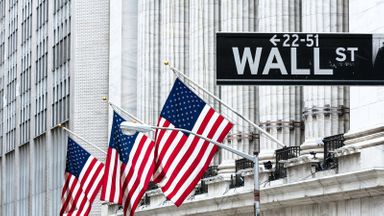