Americans have enjoyed low interest rates for the better part of the past 12 years, which is thanks in part to actions taken by the Federal Reserve to prop up the economy: First, in the aftermath of the 2008 financial crisis and second, during the worst of the COVID-19 pandemic.

In both cases, the Federal Reserve bought large amounts of bonds and other securities, which lowered interest rates and in turn made it cheap to borrow money. Businesses and individuals responded by taking out loans and pumping dollars back into the economy.

But inflation began to rise last year, driven by a variety of factors including a tight labor market, rising wages, supply chain concerns and the war in Ukraine and more. In June, the consumer price index (CPI), which measures inflation, rose by 9.1 percent year over year — the highest increase since 1981.

To rein in inflation, the Fed began raising interest rates in an attempt to cool off demand; this year, it has so far raised interest rates three times. This included a 75-basis-point hike in June, which was its largest increase since 1994 . Additional hikes are expected in the coming weeks and months.

When interest rates rise, people carrying balances on variable-rate debt — namely, credit card debt — could see their monthly bills rise. Meanwhile, borrowers with fixed-rate debt likely won’t see any change at all. No matter what your personal financial situation is, when interest rates are rising, it’s a good time to assess if you should make some moves of your own.

If you have debt

Interest rates on consumer debt are largely tied to the prime rate, or the interest banks charge their most credit-worthy customers.

Typically, the prime rate rises immediately after the Fed announces a rate hike, and that ripples into all consumer debt that’s indexed to the prime rate. Roughly speaking, every time the Fed raises rates a quarter-point, you can expect to pay an additional $2.50 per year on every $1,000 you carry in variable-rate debt.

In other words, it’s going to get more expensive to borrow money. So this is a good time to take a look at the different types of debt that you carry and consider making a plan to pay it down.

Look at your credit cards

According to a 2022 study by Lendingtree, the average American currently carries a balance of $6,569 on their credit cards. While interest rates vary depending on a number of factors, including an individual’s credit score, the average APR currently sits at a little more than 17 percent. That’s the highest it’s been since the pandemic began in February of 2020. And if the Fed continues to raise interest rates, carrying a credit card balance will likely get more and more expensive.

The good news, according to Jennifer Raess, CFP® and Planning Experience Integration Lead at Northwestern Mutual, is that there are steps that you can take today to limit this impact.

“If you have multiple credit cards, start by taking a look at your debt and understanding what rates are being charged by each of your different credit cards,” Raess says. “Generally speaking, using any extra cash in your budget to pay down the card with the highest interest rate will save you the most money over the long run.”

You might also consider transferring balances over to another card provider that offers a zero- percent introductory rate, Raess says.

“Of course, you need to be mindful of balance transfer fees to make sure this is worth it,” Raess says. “And the introductory interest rate won’t last forever. Most cards that offer these introductory rates only do so for between six and 18 months.”

Assess your mortgage and car loan

Just like credit cards, the average interest rate on mortgages is also going up. The average 30-year fixed rate mortgage currently carries an interest rate of 5.8 percent, which is more than double the low of 2.68 percent from December 2020.

If you already have a mortgage and are worried about the impact that rising rates may have on your loan, the steps you should take will depend on whether you have a variable rate or fixed rate, says Raess.

“If you have a fixed rate mortgage, rising interest rates won’t impact your debt, because your rate is already locked in,” says Raess.

But if you currently have a variable rate mortgage, Raess notes that you may want to consider refinancing to a fixed-rate loan. “Even though rates have risen from where they were a few years ago, they are still very low from a historical perspective,” says Raess. “If the Fed needs to continue raising rates to get inflation under control, a variable rate mortgage will only get even more expensive.”

And if you have a car loan? Most auto loans are fixed-rate loans, “but if you do happen to have a variable rate auto loan, refinancing to a fixed rate can be a good idea,” Raess says.

If you have savings

Today, savers have more options to let their cash grow. While the average savings account is still at a rock-bottom rate of 0.10 percent, a host of online banks are competing to offer the highest rates to customers. Today, you can find banks offering 1.25 percent to 1.5 percent interest or even higher on high-yield savings and money market accounts. And, given they are competing for your dollar, these banks tend to raise rates faster when the Fed increases its key rate.

For money that you don’t need in the short term, you have even more options to save with a better rate. Certificates of deposit (CDs) and U.S. savings bonds are all offering higher rates due to the Fed’s actions, though they require you to commit to saving for a longer period of time.

Regardless of whether you’re a saver or have some debts to repay, now is a great time to revisit your financial plan to make sure you’re still on track and that no adjustments are necessary. Ask yourself:

If you are unsure on the best course of actions for you, working with a financial advisor can be a great first step. 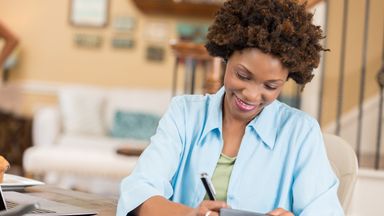 How Can You Save With a Potentially Better Interest Rate? Here’s What to Know 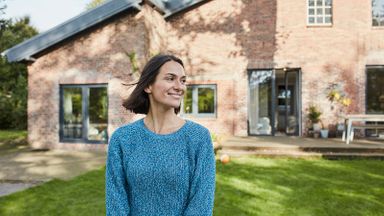