For Rachel Thorngate, working with entrepreneurial women comes naturally — she is one, after all.

The Denver-based financial advisor started her career with Northwestern Mutual as an intern 11 years ago, eventually opening her own practice with business partner Desiree Mustafa, a friend she’s known since their teen years.

Although Thorngate works with an equal number of men and women, she has noticed that female entrepreneurs tend to gravitate toward their team. “When we work with strong women, there is a lot of synergy there,” she says. That's due, in part, to women wanting to be more proactive about their financial lives as they become more successful in their careers. “That means there’s more of those financial conversations happening, and the conversations themselves have become more in-depth,” she adds.

Below, Thorngate talks about the early lessons that helped shaped her views on money, how she’s passing that along to her kids, and the advice every woman should think about when it comes to financial planning.

My dad. Whenever we got birthday gifts or allowance, we would always put a percentage into our savings accounts — that was drilled into my head from a young age. And there was an exercise he would do to teach us about budgeting where he’d put 100 pennies on a table and say you need 10 pennies to pay rent, 5 pennies for your car payment — and then he’d take 30 pennies and say, oh, this is for taxes. I remember thinking, this doesn’t seem fair! But I did the same thing with my kids, too.

What do your kids think about what mom does for a living?

I was on a conference call the other day while I was working from home. My 15-year-old daughter, Abby, was home sick. She heard me talking to a client about taking distributions from her IRA. After I got off the phone she says, “Mom, you’re really smart! You’re totally going to be my financial advisor when I have money!” And it’s funny because I got into this business when my kids were really young so they’ve grown up hearing these kinds of conversations and they know what I do, but it was nice to hear that.

From a very young age, I also got life insurance policies for all three of my kids and I have them physically write their annual premium check. They know what life insurance is and why they’re doing it, and I told them, you know, once you’re out of college, you’re going to be writing these checks from your account. So I wanted to get them disciplined around writing those checks.

You work with a lot of female and male clients. Do you notice any differences in how they approach financial planning conversations?

I’ve noticed that women tend to be split into two different groups. The first group of women want to learn more — they’re like sponges. They’re savers and are more likely to execute a financial plan than their male counterparts, and on a quicker basis. Then there is the second group, who like to spend today and aren’t focused on saving for the future. They’re kind of stuck in financial planning 1.0. They may fund a 401(k) because they know it’s what they should do, but they’re lucky if they have a savings account on the side. I don’t think the male demographic is quite as split like this because, by and large, they have a general enough knowledge of financial planning and are open to hearing what the options are, even if they don’t act right away.

What do you think women do well when it comes to planning?

When a female’s mindset is committed, she is committed. She goes forward with the plan — there’s not as much of the “woulda, coulda, shoulda” thought process. Women are very heart- and emotion-driven, so when it clicks, they are all in.

What’s the biggest piece of advice you would give to women who want to start a financial plan?

They should really give thought and attention to what they want so we can reverse into figuring out how to get there, instead of just doing what they think is good and seeing where they end up. For instance, many women know that saving in a 401(k), owning a home, or having a savings account is good, so they’ll just do those things and settle for wherever that path leads. But if they knew exactly what their goals were, mathematically we could figure out what they need to do between now and then to end up there. Then once they know what they want and how to get there, they just need to execute. At the end of the day, there isn't gender bias in a financial plan because math is math; it’s about what your goals are.

Women also tend to be more other-focused in their planning, meaning they get more stressed about what their family needs than what they want — it’s not a bad quality, it’s very nurturing. But it’s like when you get on an airplane and you’re told to put on your mask first so that you can assist your children. Women kind of struggle with that, and it’s to the detriment of their own personal plan and goals.

I would say staying in a debt cycle. By that I mean when people get stuck overspending and are always paying off a credit card, so that even when they do make more money they have to put it toward the high-interest debt they’ve accumulated. That means building their net worth is delayed — which means they’re pushing out their retirement goals, or not getting that house they wanted, or find they can’t send their kids to college.

What’s the most memorable moment you’ve had as a financial advisor?

I had a client from back when I was an intern. He was a young man in his 20s and at the time was not married and had no kids, but he trusted me with everything. When he was 35, he went on a guys’ trip with his friends and got in a terrible accident and passed away. He had gotten married recently and his wife was pregnant, and they had just bought a house, and we had just seen each other a few days prior to update all his beneficiaries. During one of the hardest times of her life, I was able to hand her a check that let her know that she was taken care of financially. I would say that was one of the most impactful moments for me in my career. 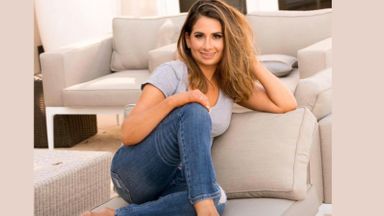 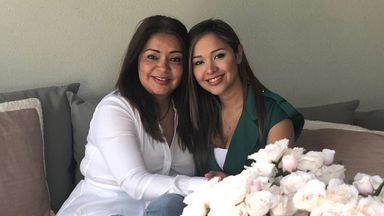 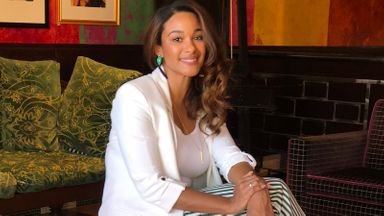