When Jane Santucci parked by a popular hiking trail near her home in Indiana last summer, she hid her purse under a folded beach blanket locked in her car — something she’d been doing for years without incident.

“It is unbelievable how many things you don’t think about” that are in your wallet, said the 33-year-old from Terre Haute. That is, “until you need it and remember it was in there.”

The loss or theft of personal belongings can mean minor hassles, major material losses or a potentially serious security breach. You can protect yourself by doing a “wallet audit,” a significant weeding-out of things that you don’t need to carry every day.

Does your billfold bulge with credit cards? It shouldn’t. Two at any given time should be plenty, according to Gerri Detweiler, director of consumer education for Credit.com. Get in the habit of keeping one card in your coat pocket (and also get in the habit of moving the card when you change jackets), or keep one in your pants pocket. In case of loss or theft of your wallet, you’ll still be able to pay your way.

Make a list of all card issuers (but not the card numbers themselves!) and their toll-free customer service numbers. Where you store this info is up to you: locked in a file cabinet, on your (password-protected) phone, in the cloud or emailed to yourself.

A lost or stolen debit card is much more dangerous. Even if you don’t have your PIN written on the card, which would let a crook withdraw cash, the thief can still go shopping with the card by choosing “credit” rather than “debit” at the checkout.

No matter how the fraud occurs, you’ll likely be short the money while the bank investigates. Getting reimbursed after debit card fraud may take a couple of weeks.

Does your billfold bulge with credit cards? It shouldn’t.

What else shouldn’t be in your wallet? Sensitive materials that could make an identity thief’s day, such as a Social Security or Medicare card (whose identifying number includes the user’s Social Security number).

Keep such cards under lock and key — a safe deposit box is a great option. Medicare and insurance cards should also be locked away unless you have a doctor’s appointment.

An ordinary health insurance card can be a potential gold mine, as it’s really just “a credit card with a million-dollar credit line,” said medical fraud expert Rebecca Busch. Someone posing as you could rack up thousands of dollars in health care costs, which could affect your credit report as providers turn over unpaid bills to collection agencies.

It might even endanger your life. Busch recalls the case of a woman whose card was stolen by a pregnant woman who used it when she gave birth. The card’s real owner was due for surgery the following month at the same hospital where the thief delivered. The real owner, who’d never been treated there before, risked a transfusion with the wrong blood type because records under her name at that facility contained the thief’s medical information.

If you’re anxious to have proof of coverage, try this: Photocopy your cards and then use a black Sharpie to cover up half of the number. If you end up in the emergency room, show the redacted copy and provide the complete number later.

Many wallets are plump with things we don’t really need every day or even every few months. For example, there’s no need to carry your blood-bank card unless you’re scheduled to donate.

It’s no longer necessary to carry gift cards, either, as mobile apps such as Gyft let you store the information and access it as needed. Manage rewards, membership and store loyalty cards with mobile apps like Key Ring and CardStar.

If you have a retail charge card that you rarely use, lock it up at home unless you know you’re shopping at that store. This not only reduces the risk of fraud, but also cuts down on impulse buys.

A few more things to nix from your wallet:

Finally, take out anything that is outdated and useless, such as a raffle ticket you bought last year. And if that picture of your grandma is the only one you have, get copies made. Think how badly you’d feel if your wallet disappeared.

Former newspaper journalist Donna Freedman has been a staff writer for MSN Money and Get Rich Slowly. Currently she writes for a number of online personal finance sites, and blogs about money and midlife at DonnaFreedman.com.

This article was originally published on Northwestern MutualVoice on Forbes.com. 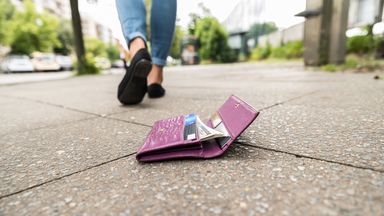 What to Do If Your Wallet Gets Lost or Stolen 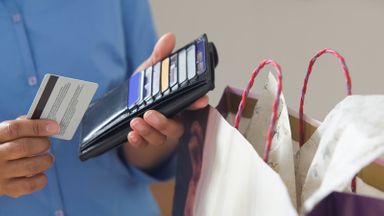 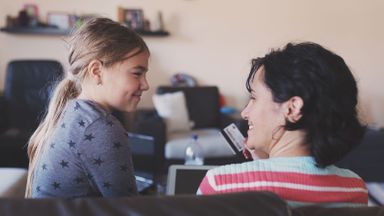 5 Things Kids Should Learn Before Getting a Credit Card