“You’ve got another package,” my doorman says, winking to me as I walk into my building. I notice the Amazon return address — same as the eight boxes I’d already received that week.

I shake out the contents and cringe. It's a pair of cheap workout pants I’d thrown in my cart on a whim. The material is rough, the cut is ugly and it immediately joins the piles of stuff I impulsively bought online but never used.

As a working mom to a toddler, online delivery has been both a blessing and a curse. It's easier than running to a store and ensures we have necessities. But I was spontaneously buying things I would never pick up in a store.

Even more concerning: When one of my daughter’s toys wasn’t working the way she expected it to, she would tell me “we can just buy another one.” It was clear that neither of us was appreciating what we had. I felt bad about how my spending habits impacted the environment. And I was shocked at the uptick of my Amazon orders each year: In 2012, I placed 23 orders. In 2017, there were 103.

I decided to quit online shopping for a month. I wanted to see what would happen when I had to buy everything at a brick-and-mortar store. Here's what I learned.

I REMEMBERED HOW FUN GOING SHOPPING CAN BE

First stop: The local toy store for birthday party gifts. It was fun to walk through the aisles, touch toys and figure out what my daughter's little friends would like. I also liked the ritual of walking around a downtown area, popping into stores, browsing and checking something off my to-do list.

My delivery-free month saved me nearly $200.

The downside was that I ended up buying my daughter a toy — a stuffed mermaid — too. I know I could have said no, but watching her face light up as she played with the mermaid in the aisle made it irresistible. And the mermaid has become one of my daughter’s go-tos, while others languish in her toy box. I wonder if choosing it in real life gives her a greater sense of ownership.

I TOOK BETTER CARE OF MY THINGS

I notoriously leave my headphones in different places. In the past, one-day delivery meant it was NBD to purchase another cheap pair. But knowing I would have to trek to the store made me more careful to pack up my headphones at the end of the day. Once, when I couldn’t find them, I resisted the urge to buy and searched my apartment. They were under the couch.

I WAS A LOT MORE THOUGHTFUL ABOUT WHAT I NEEDED

Online delivery makes it so much easier to buy in bulk. In some cases, that was a bad thing.

Take, for example, bath bombs. My daughter loves them, and we would often pick up a pricey version at the mall as a treat. When I realized I could buy 80 for less than $2 each online, I jumped. But after the first five or so colorful baths, we both lost interest.

During my month-long cleanse, I realized just how often I bought in bulk when it wasn't really economical and eased up. Now, our little treats are more special.

SURE ENOUGH, I SAVED MONEY

My delivery-free month saved me nearly $200. This was despite the fact that I bought a lot of essentials at our specialty grocery store around the corner. When I had to actually carry items home (or even just to the car) I was a lot more discerning about what I kept in my cart.

I GOT SMARTER ABOUT ONLINE SHOPPING

During this challenge, my daughter needed a new pair of summer sandals. That's easy to do online. After a few clicks, I can have the right brand, size, color and style on its way to my door.

Shopping in-store, everything seemed daunting. The first shoe store we tried was closed, the second didn’t have the brand I wanted, and at the third, I felt lukewarm about the color choices.

As soon as my month-long challenge ended, I ordered the shoes online. Her birthday was coming up, too, and a few bulk orders helped make sure I had enough party favors, decorations and snacks for her party.

I’ll still shop online because it's just so convenient. Plus, some studies show online purchases may contribute to fewer carbon dioxide emissions than in store-purchases. But taking a break has definitely made me more mindful, and I’m inspired to apply some “brick-and-mortar” strategies — like making a list or going shopping once a week instead of whenever the mood strikes — to my online habit. 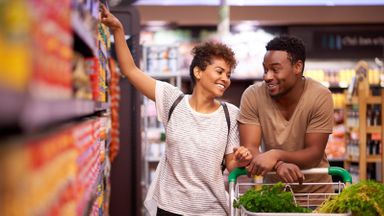 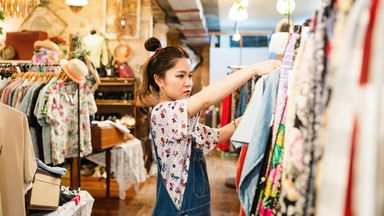