We’ve made it to the merry month of May, but shoppers are still dealing with inflation and high gas prices. Smart shopping expert Trae Bodge of TrueTrae.com says that some supply chain issues are still lingering, but the situation is slowly improving.

“The quantity of deals might be a little bit less than we’re accustomed to just because there might not be as much merchandise available,” she says. “But it’s not nearly as bad as it was over the holidays. I’m hoping we’re kind of righting the ship at this point. And we’re still seeing the traditional types of sales for this time of year.”

Here are some of the best things to buy in May and a couple of categories you should skip.

What to buy in May

Although you might see jewelry sales all year long, “Mother’s Day is one of the few times that we see actual jewelry deals,” Bodge says. “There will also be a lot of typical gift sets with ‘Mother’s Day’ labels.” That said, she suggests looking for clearance level deals after Mother’s Day. “If your mom’s birthday is coming up, you could get a great price on something in this category right after Mother’s Day because retailers will be wanting to clear that merchandise out.”

Pet owners probably already know that National Pet Week is May 1 to 7 this year, during which you’ll be able to show your pets some love while saving money. “Pet retailers such as Petco, PetSmart and Chewy, as well as Amazon, Target, the big box stores and individual pet brands, will offer sales to celebrate,” Bodge says. “So it’s a good time to stock up on pet food and toys, and also to invest in maybe a new bed or something kind of special for your pet.”

If you slept on the Presidents Day deals for new mattresses, the weeks around Memorial Day will bring deep discounts on new beds. “Look at Mattress Firm, Raymour & Flanigan and your direct-to-consumer mattress retailers and you’ll likely find a good deal on whatever type of mattress you like,” Bodge says. She adds that larger department stores such as Macy’s will also good sales in this category.

If it’s not your mattress that’s making you lose sleep but rather your old clanking refrigerator, then you’re in luck. “Home Depot, Lowe’s, Best Buy and the like will have big sales on appliances,” Bodge says. She recommends researching your preferred model early in the month, then setting up a deal alert on a site like Slick Deals, which will let you know when it goes on sale. “Over Labor Day weekend, that’s how I saved 40 percent on a refrigerator I had my eye on.”

What to skip in May

The change in seasons brings warm weather and seasonable fashions — but you may want to think twice before replenishing your summer wardrobe. “It’s early to buy summer apparel — there just aren’t any substantial deals this time of year,” Bodge says. If you are tempted to buy some summer clothes, she suggests “waiting a little further into summer to enjoy those deeper discounts on summer apparel, which will include everything from swimsuits to sandals.”

If you’re in the market for a new phone, laptop or any type of electronics, Bodge says to hold off for now. “Amazon Prime Day is coming up — my guess is it’s going to be early July — and the sales in this category will be comparable to those we typically associate with Black Friday.” 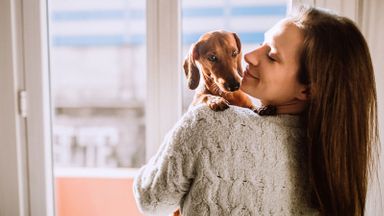 What to Know About Pet Insurance 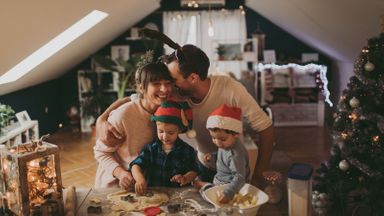 How to Set Holiday Spending Expectations

How to Score the Best Amazon Prime Day Deals