Ah, retirement — a new chapter of your life when you can focus on enjoying more of what makes you happy. For some Americans, that means not only leaving behind the daily grind but also the 50 states. According to the U.S. State Department’s Bureau of Consular Affairs, an estimated 9 million Americans currently live overseas.

That number is expected to grow as many retirees look to make their retirement nest egg last longer. Housing, health care and the overall cost of living can be markedly cheaper in other countries — but you’ll need to consider a host of factors and make a solid plan before you pack your bags.

Start with the fun part: Where do you want to live? In a warm climate near a sandy beach? A quaint European town? A cosmopolitan city? The lure of living in an exotic locale can be enticing, but keep in mind that you aren’t planning a vacation. You’ll want to visit (more than once if possible) to determine if you could see yourself enjoying the area’s daily life and its year-round climate.

Distance from your family is also a big consideration, which may be why Canada tops the list of countries housing Americans who are collecting Social Security checks. Japan, Mexico, Germany and the United Kingdom round out the top five, so you’ll be joining robust expat communities if those names are on your list.

A big part of immersing yourself in a new culture includes learning the native vernacular. You can prepare by taking language classes or springing for a one-on-one tutor. There are also a multitude of apps that can make the process much easier.

If you don’t have a knack for language, you may want to consider retiring in a country where English is a strong second language. The EF English Proficiency Index maintains a handy list of English-friendly countries to put on your list.

ASSESS THE IMPACT ON YOUR TAXES

Whether you ultimately retire in Boca Raton or Costa Rica, you will have to honor your federal tax filing obligation. If you choose to maintain a U.S. residence, you will also have to pay state taxes.

“It’s a universal system and your tax bill doesn’t go down because you move out,” says Edward Renn, a senior equity partner at international law firm Withers Worldwide.

Depending on which country you move to, you could end up being taxed more if your new locale also assesses a residency tax. Fortunately, the U.S. has tax treaties in place with dozens of countries that can effectively help lower the tax burden for U.S. retirees who are residents of other countries.

And while something called the foreign earned income exclusion will allow you to exclude up to $107,600 from your taxable income in 2020, Renn adds that you have to be actively working to qualify for this tax break — a common misconception among retirees planning to move abroad.

“People think they’re going to get that on their retirement or investment income, but they’re not,” he says. “It’s only for active employment income.”

Expect to pay U.S. taxes on funds drawn from a 401(k) or traditional IRA just as you would if you still lived stateside — unless a treaty provides otherwise, and Renn says that most treaties don’t. You may also have to pay U.S. taxes on Social Security income. What’s more, the tax laws in the country you move to could result in double taxation.

“It’s important to fully understand the tax system you’re walking into,” Renn says. “Some systems sync very nicely, but we don’t have treaties with everybody — and some systems don’t sync at all.”

Deciphering international taxes can get complicated pretty quickly. Be sure to connect with a qualified tax advisor or attorney before you make any big moves.

Whether you ultimately retire in Boca Raton or Costa Rica, you will have to honor your federal tax filing obligation.

MAKE A PLAN FOR YOUR HEALTH CARE

Access to quality health care becomes more important as we age. Americans are eligible for Medicare at age 65, but it doesn’t apply to foreign medical services. While it may be tempting to opt out of Medicare, if you fail to sign up during your enrollment window — then head back to the U.S. and try to get back into the system later — you’ll be hit with higher premiums.

“We usually recommend clients keep their Medicare policies because if they want to come back to the U.S., it’s better to have the coverage than not,” Renn says. “We’ve also seen a lot of people retire abroad for the first 10 or 15 years of retirement, but it isn’t unusual for them to come back into the system.”

The good news is that many countries offer affordable, high-quality health care for U.S. retirees. For example, Costa Rica’s health care system has a reputation for being among the best. By some estimates, health care costs there can be anywhere from 30 percent to 70 percent cheaper than in the U.S.

SHORE UP YOUR ESTATE PLANNING

The most difficult part of preparing to retire abroad may be making peace with the fact that you’ll likely be a long plane ride (or two) away from your loved ones.

But estate planning is necessary no matter where you retire. Renn suggests updating your will, health care proxies, trusts and powers of attorney before you move out of the country.

“Something like a durable power of attorney, if you’re in the U.K., could be a £5,000 document,” Renn says. “And in many jurisdictions, they’re not one-size-fits-all.”

Be sure to consult with an attorney and tax advisor who specialize in international matters to help you create an estate plan that covers both countries. Taking the time to research and plan for your departure can help smooth the transition and set you up for your next big adventure. 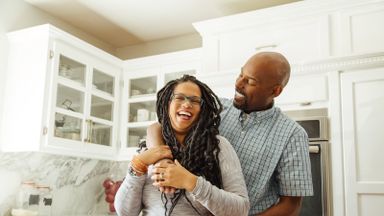 How Much Money Do You Need to Retire at Age 50? 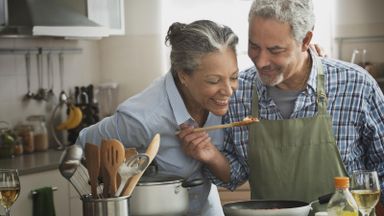 What Are the Best States to Retire Tax-Wise? 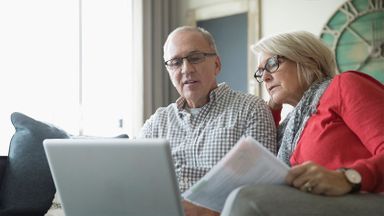 How Much Does It Cost to Retire? It Depends