When I was growing up in Massachusetts, Thanksgiving was always a time for food, football and family. Every year, all of my aunts, uncles, cousins and grandparents would gather from around New England at my Aunt Karen’s house for the day. Thanksgiving always started with football on the TV and a giant cheese plate to kick things off. Then we’d have dinner in the early afternoon, followed by touch football in the backyard, and ending with fresh-baked pies once we returned inside.

When I moved 2,200 miles away from home to Austin, Texas, after graduating from college, I wanted to maintain the tradition of gathering with loved ones and sharing food. But flying home for Thanksgiving and Christmas wasn’t financially feasible, and it’s not like my entire family could get on a plane to come see me, either.

Friendsgiving was the answer. My first Thanksgiving away from home came shortly after I moved, so I didn’t have many friends in the area. But by my second year, I had more friends and co-workers and knew others who were far from home for the holiday. It was the perfect set-up to host my first Friendsgiving!

Everyone contributed to our meal in some way. It not only cut down on the work I had to do as a host, but it was also a chance for people to share their family traditions with everyone else.

A FRIENDSGIVING TRADITION IS BORN

That year, I hosted eight friends, my roommate’s mother and sister who were visiting, and two new co-workers for our feast. Around the table were people who’d grown up in Detroit; New York; Portland, Oregon; and as far as London.

Everyone contributed to our meal in some way. My roommate and I provided the main dish and asked guests to bring sides, drinks and desserts. It not only cut down on the work I had to do as a host, but it was also a chance for people to share their family traditions with everyone else. I made roasted butternut squash, a dish I had at every one of my Thanksgivings growing up. My roommate made mashed potatoes with her sister. Another friend baked the most delicious pecan pie from scratch using her grandmother’s recipe.

Allowing everyone to contribute also means we can try new things. Since neither my roommate nor I had ever cooked a turkey before, we went with a turducken to try something a little silly. I also had my first taste of Frito Pie: a very Southern dish of chili covered with Frito chips.

In true 20-something fashion, we had to combine a table from my roommate’s bedroom with our kitchen table, and we used every chair in the house (including one from the backyard that had seen better days) to fit all our guests. My roommate’s mother contributed a tablecloth and seasonally themed cloth napkins. Friends brought wine and beer, and we had enough votive candles to worry a fire marshal.

Since that first year, I’ve hosted Friendsgiving for my crew twice and attended two others as a guest. Some people come each year, while others move away or head home for a change. Sometimes we’ll watch the parade, other times we’ll play football in the yard. Last year, after several drinks, we ended up singing Christmas carols in rounds.

The slight changes year to year are actually one of the reasons I love our Friendsgivings so much; it’s a tradition that grows and changes all the time.

I’ll probably never live in the same area as my biological family again, but that doesn’t mean I can’t celebrate Thanksgiving with my chosen family. Friendsgiving makes me feel grateful for the life I’ve built in a new place — and that my new city is truly home. 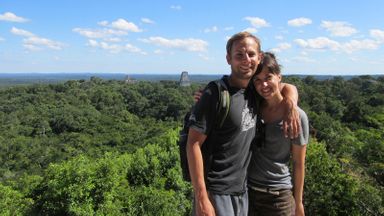 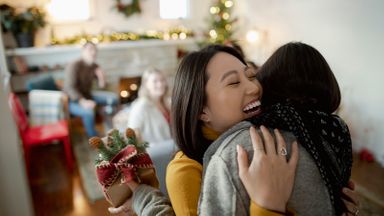 Creative Family Traditions That Also Help You Save During the Holidays 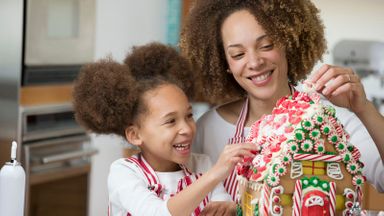