When her elderly mother started having serious health problems, Francine Russo said it never occurred to her to step up and help with the caregiving.

“I was the one who lived far away. I didn’t have a close relationship with my younger sister — my only sibling who lived near my parents — and she never really asked me to do anything,” says Russo. “It was only after my mother died that I found myself racked with guilt over having been so uninvolved.” As a journalist, Russo turned the regret she felt over her own experience into a book, “They’re Your Parents, Too!: How Siblings Can Survive Their Parents’ Aging Without Driving Each Other Crazy.”

In 43 percent of American families, one sibling usually has the responsibility of caring for a parent, according to a survey conducted for the Home Instead Senior Care network. Typically, the primary caregiver is a 50-year-old sister, traditionally viewed as the “responsible one” or the “organizer,” who puts in nearly 20 hours a week taking care of an aging parent, usually a mother. Often, it’s the daughter who lives closest to mom.

In cases where sibling relationships deteriorated, 46 percent of caregivers blame it on brothers and sisters who were not willing to help.

Russo found that caregivers often feel abandoned by their siblings and old rivalries resurface. “It’s unconscious for the most part, but every dynamic that was established in the family when you were 10 years old gets re-enacted and thrown into high gear,” she says.

To avoid conflict, Russo suggests siblings make a plan long before the parent needs care; then, when the time comes, keep these things in mind:

A brother who lives 10 states away can’t drive Mom to the doctor, but he can do her taxes.

When approached realistically and with thoughtfulness, caring for a parent can actually lead to stronger sibling relationships. In the Home Instead Senior Care network survey, caregivers who felt supported by and worked well with their siblings were seven times more likely to say their relationships improved. 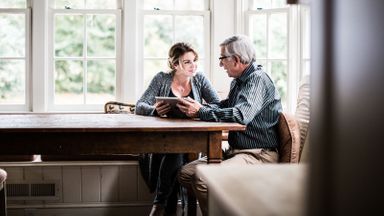 How to Prepare for an Elderly Parent Moving In 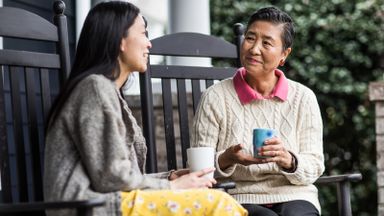 What Is Filial Responsibility? 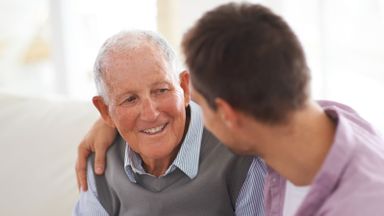