Though semi-retired, Klein still serves on the boards of directors at three companies. Here, she shares her three keys to success, including her “rule of thirds” for job hunting.

When you're young and learning what you want to do with your life and career, mentors are so important for opening doors to new opportunities and pointing the way. My first mentor, who was also my boss, guided me through seven different jobs in eight years.

Most of them were positions in finance, but he once asked me to take an IT job for a year. I'm thinking, "Why in the heck would I want to go to IT?" Turns out, the company was developing software for financial reports, and they wanted someone on the team who could help ensure that the program was easy to use.

While I didn't realize it at the time, there was a method to my mentor's madness. The job forced me to apply my skills in a new way. Plus, it gave me great exposure to senior-level executives at the company.

Women have to ask for the opportunities they want. Most men are good at doing this, but research has shown that women may hesitate to apply for a position if they don’t think they have all the qualifications. There were a few times in my career when I had doubts about going after a job because I wasn't sure I checked all the boxes in terms of qualifications. I forced myself to step up anyhow because I thought the opportunities would broaden my experience. I got those jobs. Looking back, I realized that if I didn't ask, that never would have happened.

I also kept coming back to a piece of advice I received from my mentor about going after new opportunities. He said that any new role or job should be divided into thirds. One third of the job you should easily be able to do from your prior experience and talents. One third of the job should be something that is close to what you have experience in, but will require some effort to master. And the last third should be completely new to you. Something that really stretches you and requires you to learn new things and to really work hard at to achieve results.

“There were a few times in my career when I had doubts about going after a job because I wasn't sure I checked all the boxes in terms of qualifications.”

Take the time to build professional relationships, especially when you're the new kid on the block. Within your organization, you have to become somebody people trust, have confidence in and are willing to work with. The most effective way to do this is to be a good listener. Ask people about their challenges and help them prioritize ways to address the issues they face.

Outside the company, get to know people with different experiences and backgrounds. This can be helpful when you're looking for fresh advice, information or even a new professional opportunity. I actually landed one job and one corporate board position through networking.

Most importantly, be responsible for your career. While it's certainly great to have people like mentors and networking contacts that you can turn to for counsel, I've learned that you are ultimately the one who's responsible for your career. You can't expect (nor should you want) someone to do this for you. Only you know what you want to achieve and how hard you're willing to work for it.

Barb Klein is a client of Northwestern Mutual and works with Wealth Management Advisor Christina Collins. 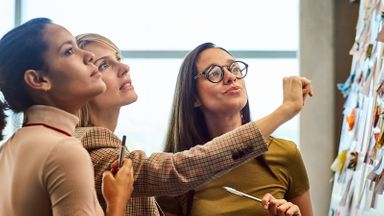 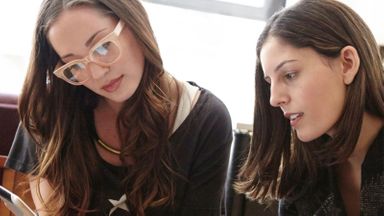 Why Being a Mentor Is as Important as Having One 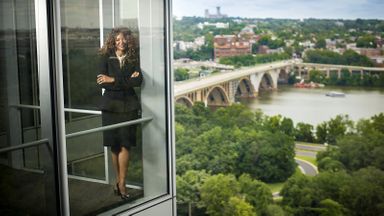