“I’m so excited to announce my book deal!!”

Her post jumped out at me on social media.

I stopped scrolling and froze, my hand suddenly gripping my coffee mug so tightly it burned. I consider myself a rational person who celebrates success and doesn’t define herself through the lens of others’ accomplishments. But in that moment, there was no denying it:

Here was a writer around my age, with a similar background, covering topics I often covered, who even had kids about the same ages as mine. But unlike me, she was staring down a three-part book deal, and I was sitting alone stewing over her success.

How’s that for inspiring?

STARING DOWN MY OWN JEALOUSY

The truth is, many of us are guilty of jealousy in our careers, and this was my moment. My encounter with jealousy came at a particularly low point: I had recently been through a disruptive move, I had miscarried for the second time in a row, and I was facing the identity crisis that comes with stepping out of the all-consuming baby-and-toddler stage and into the unchartered waters of parenting bigger kids. I was standing at a major crossroads when I got smacked by the unsettling realization that someone else was chasing their dreams — and I was not.

I soon realized that I had two choices: I could beat myself up about being an awful, horrible human being reveling in her own unhappiness; or I could put jealousy to work for me.

I chose the latter.

The only thing standing in my way from posting my own celebratory book deal announcement was me.

I gave myself a few days to stew in my jealousy; to let it simmer in all its ugly glory without feeling guilty about it. I recognized that if I took the time to let my jealousy speak, it had something important to tell me. And what was my jealousy saying?

Well, it was saying that I wanted to write a book, too.

I didn’t want what my writer friend had exactly. I didn’t want her book deal, or her career path, or even to write in her genre. Instead, I wanted to write the book that I had been dreaming about since I was a little girl — a novel. A book with my name on its spine.

I was struggling because I knew that the only thing standing in my way from posting my own celebratory book deal announcement was me. So, I decided it was time to act.

HOW I USED JEALOUSY TO MOTIVATE MY OWN SUCCESS

That day, I signed up for a book-writing workshop. I printed off pages of novel development worksheets and fleshed out character sketches and jotted down plot points. I broke down my word count into monthly, then weekly, then daily goals. I bought myself pretty stickers I could affix to my new writing calendar when I would reach my goals. And perhaps most importantly, I started writing. And writing. Then writing some more. I booked a weekend away, where I churned out chapters at a time, and I kept writing until I had more words than I thought I would ever achieve. In short, I made the previously unattainable, attainable.

My novel is very much still a work in progress and honestly, I may never see it officially published or celebrate my own book deal on Instagram. But it doesn’t matter anymore, because I am taking action to pursue my own dreams. Jealousy, I have learned, feeds on stagnancy; but where there is any motion forward, it dissipates.

In the end, I learned that jealousy by itself is not necessarily a bad thing. Instead, it can reveal some of our innermost desires. So, the next time you find yourself gripping your coffee mug a little too tightly as you scroll your social media feeds, you might just want to ask yourself what your own green-eyed monster is trying to tell you. 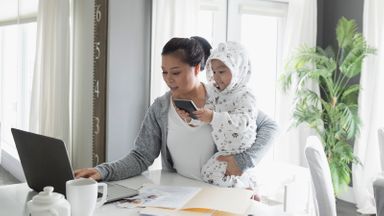 How I Balance My Business and Family — And You Can, Too 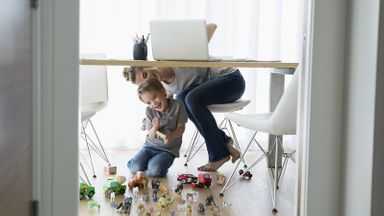 How I Built a Business as a Work-From-Home Mom

Is Social Media Ruining Your Budget?