If you have spent time preparing for retirement, you’re probably at least somewhat familiar with the 4 percent rule. It’s pretty simple: Withdraw 4 percent of the total value of your retirement savings during your first year of retirement. The next year, you draw down the same amount — plus extra to account for the current inflation rate. You repeat that approach every year. The 4 percent rule is designed to see retirees through 30 years of income.

The rule’s creator, William Bengen, has updated it over the years. And he’s recently made more headlines, suggesting that in today’s environment, retirees may want to withdraw a little less. While this may be true today, what it really highlights is that the 4 percent rule is more of a starting point than an actual plan to create income in retirement.

“What the 4 percent rule did was simplify something that’s very complicated,” says Andrew Weber, senior director of planning philosophy, research and guidance, at Northwestern Mutual. “It gives you at least a ballpark idea of whether you’re on track and if the type of retirement income you want is reasonable or not.”

But if you want to make your money last in retirement, there’s more to consider than just withdrawing a percentage of your savings each year.

How the 4 percent rule works

The 4 percent rule gets at several key concerns about generating retirement income: keeping up with inflation as the cost of goods increases over time, dealing with market volatility and not spending so much that you outlive your savings. Bengen gets there by assuming your investment portfolio is made up of about half stocks (to help grow your wealth) and half bonds (to offer more stability).

“The 4 percent rule is based on historical research, but it isn’t by any means predictive,” Weber adds. “But it’s a reasonable way to get a good idea of what kind of retirement income you could expect. That said, there are other facts that will help to refine that number and make it more personal based on the type of spending you want.”

While the 4 percent rule may still be a good general starting point today, the reality is that it’s based on a fairly narrow plan, one that uses just stocks and bonds to generate your income for decades. While that’s great, new research has shown that taking a broader approach to retirement planning can lead to better financial outcomes — like more income for retirement or more funds to leave as a legacy — than investing alone.

“Our advisors use investments along with additional financial options to tailor clients’ plans and give them more confidence that they’re ready for any number of scenarios,” Weber says. A plan with additional options might include:

Using these tools together as a part of a financial plan provides you with the financial flexibility to manage different retirement scenarios, both good and bad. In addition, a well-thought-out plan will help you manage your tax situation so that you can spend more of your savings on yourself.

A retirement plan for you

While many people will use the same materials to build their retirement plans, the details of how to use them will be unique to each person’s situation.

“Is your vision sitting by the back porch, enjoying a glass of wine and watching the sunset, or are you traveling the globe?” Weber asks. “These are completely different stories, and neither one is right or wrong. Once we understand what you want out of retirement, we can look at what it will take to support those goals.”

So while the 4 percent rule is a great starting point, “retirement planning is a matter of looking at what people have and what they want to get, and then trying to use available tools to get them there in the most efficient way that’s comfortable and feels right,” Weber says. “Having a really good outcome often takes working with a professional and working through all these things.” 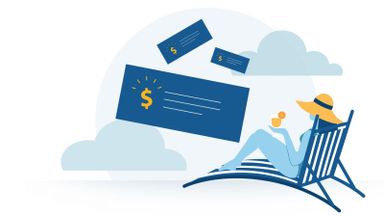 What Is an Annuity? 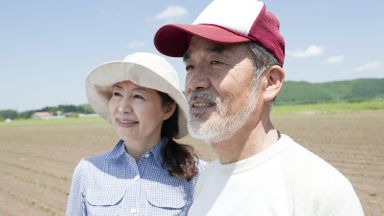 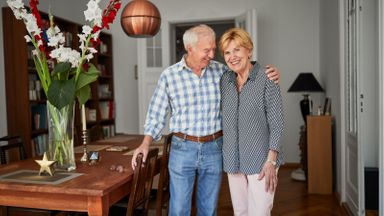 How to Build a Retirement Plan for Living Longer 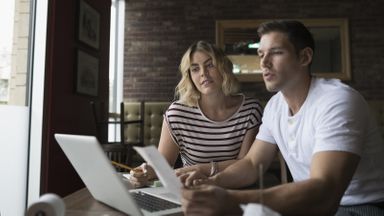 How to Make Your Money Last for Decades in Retirement