If you’re a Costco customer, that membership card grants you access to a warehouse of oversized bottles of wine, 72-pound wheels of cheese and maple syrup by the gallon. All of this at rock-bottom, wholesale prices.

A Costco membership, no doubt, comes with a lot of perks. But a members-only business model isn’t exclusive to retail. Several other industries have given it a shot too, including financial companies. If you’re on the hunt for a savings account or are looking to transfer your money, you’ve probably come across offers from both commercial banks and credit unions. And in the world of finance, credit unions are sort of like the Costcos of banks.

That’s because a credit union is a non-profit cooperative that pools funds from its members to offer lower interest rates on loans and higher rates on savings. Commercial banks, on the other hand, are for-profit companies that seek to maximize returns for their shareholders and offer their services to anybody.

While the added value of buying booze in bulk from Costco goes without saying, are the members-only benefits of a credit union enough reason to opt for a credit union over a big bank? Here’s what you need to know.

WHEN A CREDIT UNION MIGHT BE A GOOD IDEA

You want better interest rates. On average, credit unions offer lower rates on loans and higher rates on savings accounts because they’re nonprofits governed by their customers. Commercial banks are typically for-profit businesses that need to generate returns for their investors. As a result, credit unions usually offer better deals because they don’t have to please outside investors who are trying to increase profits.

You want fewer or lower fees. Credit unions tend to have fewer and lower fees due to their non-profit structure. According to Bankrate’s 2018 Credit Union Checking Survey, 82 percent of the nation’s 50 largest credit unions offer free checking; only 38 percent of banks do the same.

You value convenience. Most people park their money at commercial banks. The big banks, such as JPMorgan Chase, Wells Fargo, Bank of America, Citigroup, and U.S. Bancorp together hold more than 40 percent of the $13.2 trillion Americans have deposited, according to a recent report from research firm Trefis.

Credit unions may not have the resources to build robust online banking tools or open physical locations throughout the entire country.

You want a variety of products and services. Commercial banks generally offer a wider range of financial products. For example, out of the reported 5,644 credit unions in the United States as of March 2018, only 60 percent offer credit cards, according to a 2018 report from the Credit Union National Foundation (CUNA). All the big banks offer credit cards as a basic product, as well as more complex wealth management and investment services.

Credit unions may not have the resources to offer more than basic banking services. So, if your needs are complicated or diverse, you may find certain credit unions limiting.

You can’t qualify for a credit union. Unlike commercial banks, which are open to anyone, you must qualify to become a “member” of a credit union. Many credit unions only serve people who live, work, worship, or attend school in a geographic area.

Some credit unions have less stringent criteria to become eligible for membership. For example, NASA Federal Credit Union is open to NASA employees and retirees, but anyone can join after getting a free membership to the National Space Society (NSS).

If your banking needs are simple and you want to earn more interest on your savings and pay less on loans, a credit union might be for you. But you might not have access to a lot of online tools or financial products.

If convenience and technology are must-haves, a big bank will give you what you need. And, if your financial needs grow more complex, you won’t have to move your money. 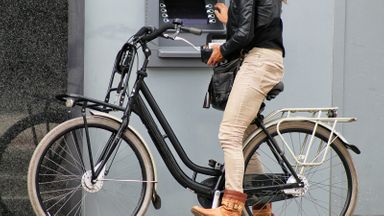 Here's the Difference Between Banks, Credit Unions and Brokerages 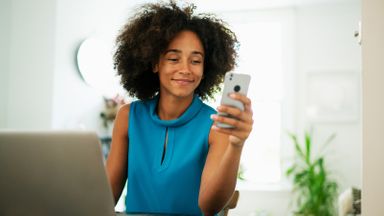 What to Know About Online Banks 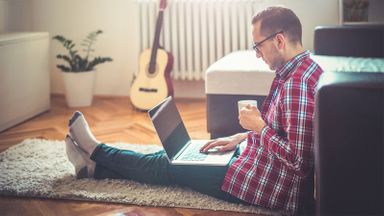 Your Credit Score: The 5 Facts You Need to Know